The team looks set to finish the 2012 season seventh in the constructors' championship, having scored 99 points ahead of the final race in Brazil. 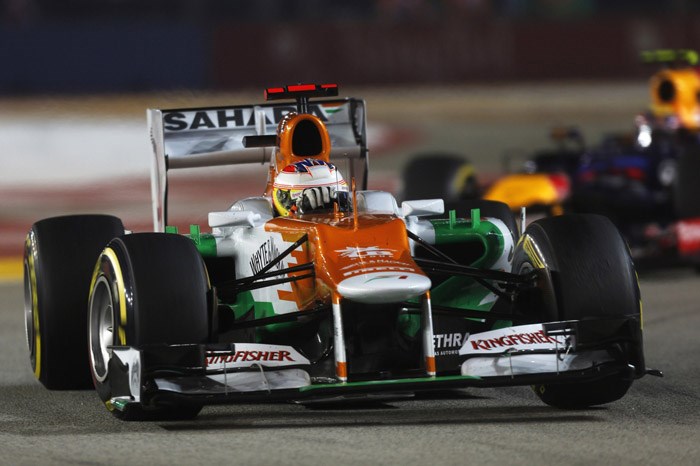 Force India has been given a boost ahead of the 2013 season with the news of the approval of a £50 million investment programme.

Team boss Vijay Mallya said the squad's board met in India after the Abu Dhabi Grand Prix and approved the programme, which will mean Force India will invest heavily in new technology to boost the design team for the coming seasons.

Force India looks set to finish the 2012 season in seventh position in the constructors' championship, having scored 99 points ahead of the final race in Brazil.

Mallya believes his team has a lot of reasons to be proud about its achievements this year, especially considering some of the equipment it is using to design its car is from the era when the outfit was known as Jordan.

"Looking back at the season so far, we have every reason to feel proud," he said.

"We've scored more points than in any previous season and every year we've demonstrated that we've gone up the ladder.

"And we've taken fairly significant steps, not just baby steps. Given the tools that we have, which are mostly of the Jordan era, we have done exceptionally well."