Ferrari renames the F150 after opposition from Ford 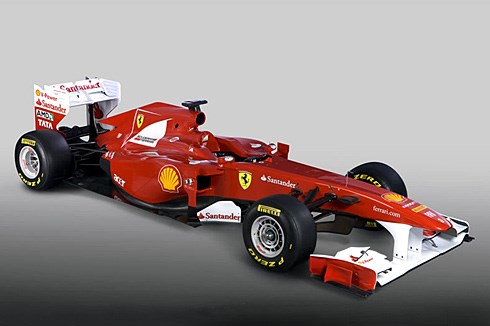 Ferrari has renamed its team’s recently unveiled 2011 car, the F150 to F150th Italia. This was done as the name F150 is also used by Ford Motor Company for its F-150 full size pickup lineup which is on sale in many countries since more than two decades.

Ferrari has released an official statement that says, “On the subject of the name of the new Ferrari Formula 1 car, the Maranello company wishes to point out that it has sent a letter of reply to Ford, underlining the fact that the F150 designation (used as the abbreviated version of the complete name, which is Ferrari F150th Italia) never has, nor ever will be used as the name of a commercially available product – indeed there will definitely not be a production run of single-seaters.”

Ferrari was the first team to unveil its 2011 car when it pulled the covers off its new F150 at Maranello. The car's chassis designation, the F150, has been chosen to celebrate the 150th anniversary of Italy's unification.

With the Italian outfit eager to make up for the final-race heartbreak that cost it the world title in Abu Dhabi last year, the team's designers have delivered an aggressive design.

Ferrari team principal Stefano Domenicali is well aware that the team lost vital ground in the early stages of last year, so he is keen for the F150 ( now, F150th Italia) to be competitive from the off.

Speaking to the media earlier this month, he said: "For 2011 our goals are very clear, that we are aiming to win both the titles, constructors' and drivers' titles, this must be the goal of our team.

"And so the expectations, that of being able to have a car competitive from the start, a reliable car, a strong car, and I have to say that we've seen this last year.

"If you're not perfect within such a competitive environment, with opponents that are so strong with teams, which also varied numerically, then it becomes difficult to win."

Although there is early morning fog in Maranello, the team hopes the weather clears to give Fernando Alonso the first chance to try the car at its Fiorano test track for some promotional filming.

Felipe Massa is due to shake down the car a day later, before its first proper test at Valencia on February 1.