Technical alliance to begin next season; will influence road car that’s due in 2018. 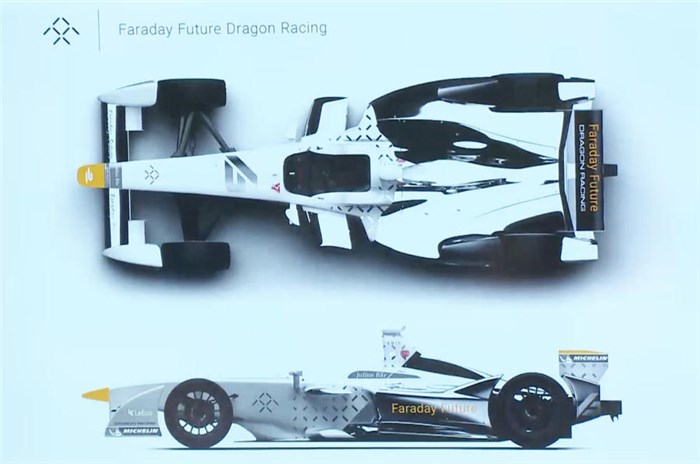 Dragon Racing will partner with Chinese electric car company Faraday Future in the next Formula E season, in order to share technical information and speed-up development of electric powertrain technology.

The team announced the news ahead of this weekend’s London ePrix and said that its name will change to Faraday Future Dragon Racing from next season. To mark the collaboration, Dragon Racing will run with new livery at Formula E’s final rounds at Battersea Park this weekend. Both of the team's current drivers, Loic Duval and Jerome D’Ambrosio, will be retained for next season.

Faraday Future says developments made on track will influence its electric supercar, which is due in 2018. Dragon Racing and Faraday Future are also collaborating with LeEco, a Chinese online entertainment firm, which will share its expertise in intelligent connected technology.

Like Faraday Future, LeEco says it wants to transform the car from a transportation method to important tool in all human life. Faraday Future confirmed its intentions to bring an electric car to the market by revealing a concept at this year’s Consumer Electronics Show in Las Vegas.

The car was a single-seat all-electric racer built on a bespoke, modular electric platform, dubbed the Variable Platform Architecture (VPA). VPA will underpin all of Faraday Future’s future vehicles, and can be adapted to work in both two-wheel-drive and four-wheel-drive models.

Faraday Future isn’t the only car manufacturer interested in using Formula E to speed-up its road-car electric powertrain development. DS Automobiles has suggested that technology developed in the DS Virgin racing team will arrive in future all-electric DS models, and NextEV has confirmed that its forthcoming electric hypercar is being co-developed with its racing division, NextEV TCR.

Jaguar will also field a team in the next season of Formula E, which starts in August, and Mahindra has been a key player since the championship began in 2014. Both carmakers say technology will be trickled across into their road car divisions.