The Spaniard suffered concussion in a testing accident at Barcelona last month. 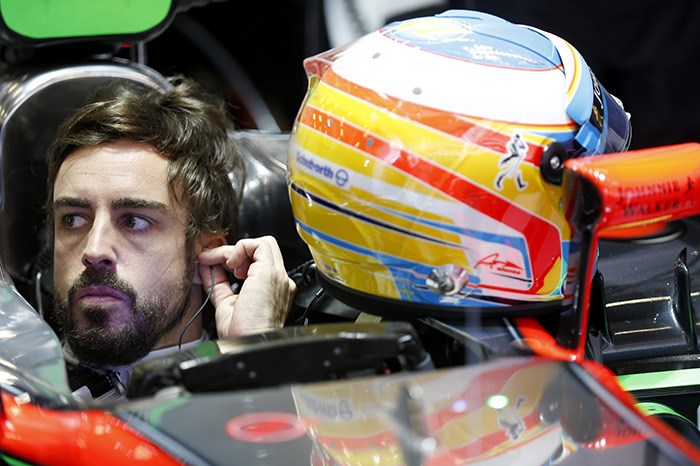 Fernando Alonso has pulled out of the Australian Grand Prix after doctors advised him against getting back in a Formula 1 car just yet.

The Spaniard suffered concussion in a testing accident at Barcelona last month and, after spending three days in hospital, he has been recovering at home in Spain.

Although doctors are happy with the progress he has made, with medical tests having been completed last night, the risk of another injury setting him back has prompted them to advise he steers clear of racing in the F1 season-opener.

A statement issued by McLaren said: "Fernando's doctors have recommended to him that, following the concussion he sustained in a testing accident on February 22nd, for the time being he should seek to limit as far as is possible any environmental risk factors that could potentially result in his sustaining another concussion so soon after his previous one.

"[This is] to minimise the chances of second impact syndrome, as is normal medical procedure when treating athletes after concussions.

"In order to limit those environmental risk factors, specifically, his doctors have advised that he should not compete in the imminent Australian Grand Prix."

McLaren has already decided that Kevin Magnussen will drive alongside Jenson Button at Albert Park.

The team added that Alonso believes he will be ready to resume racing at the second round of the championship in Malaysia on March 28.

The statement added: "Fernando's doctors acknowledge that he feels fit and well, and that he regards himself as ready to race.

"And, that being the case, they are comfortable with the fact that he has already recommenced physical training, with a view to preparing for a return to the cockpit of his McLaren-Honda car for the Malaysian Grand Prix.

"Indeed, his doctors are supportive of that ambition, satisfied as they are that he sustained no damage whatsoever during his testing accident on February 22nd."