Carlos Sainz will race for Ferrari starting next year, while Daniel Ricciardo will take his place at McLaren. 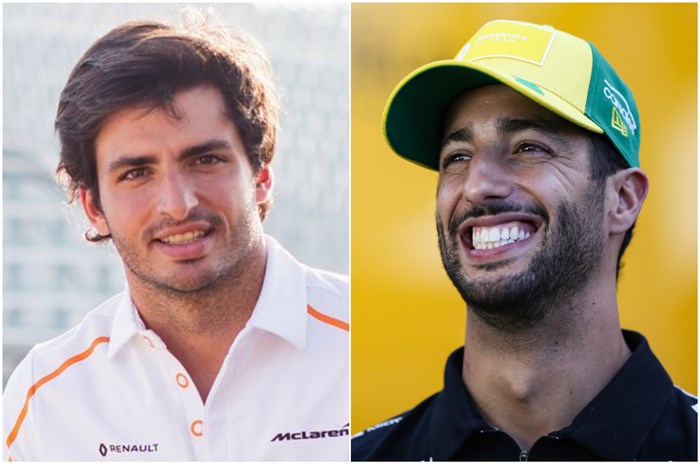 More pieces of the 2021 Formula 1 drivers market are falling into place with Ferrari now confirming Carlos Sainz as Sebastian Vettel’s replacement. Meanwhile, McLaren has confirmed that Daniel Ricciardo will be taking Sainz’s place at the team next year.

Sainz has signed a two-year deal with Ferrari that will see him drive for the team alongside Charles Leclerc in 2021 and 2022. "I’m pleased to announce that Carlos will join Scuderia Ferrari as from the 2021 championship. With five seasons already behind him, Carlos has proved to be very talented and has shown that he has the technical ability and the right attributes to make him an ideal fit with our family,” said Mattia Binotto, Team Principal of Scuderia Ferrari.

Binotto also touched upon the fact that this will be the youngest driver pairing for Ferrari in 50 years: “We believe that a driver pairing with the talent and personality of Charles and Carlos, the youngest in the past fifty years of the Scuderia, will be the best possible combination to help us reach the goals we have set ourselves.”

McLaren has also confirmed that Daniel Ricciardo has signed a multi-year contract with the team. His existing deal with Renault runs out at the end of this year and he emerged as one of the frontrunners to replace Sebastian Vettel at Ferrari, following the four-time F1 world champion’s shock announcement that he would part ways with the Italian team. Nevertheless, his move to McLaren comes at a pivotal moment, considering the team will switch to using Mercedes engines next year.

Speaking about the team’s decision to sign Ricciardo, McLaren Racing CEO Zak Brown said, “Signing Daniel is another step forward in our long-term plan and will bring an exciting new dimension to the team, alongside Lando. This is good news for our team, partners and, of course, our fans.”

“I also want to pay tribute to Carlos for the excellent job he has been doing for McLaren in helping our performance recovery plan. He is a real team player and we wish him well for his future beyond McLaren.”

As for the now-vacated seat at Renault, a number of high-profile names have been thrown around, including that of Fernando Alonso, and possibly even Vettel. The coming days should provide a clearer picture of what Formula 1’s 2021 grid will look like.

Confirmed: Vettel to leave Ferrari at the end of 2020