DTM Monza to be streamed live exclusively on Autocar India 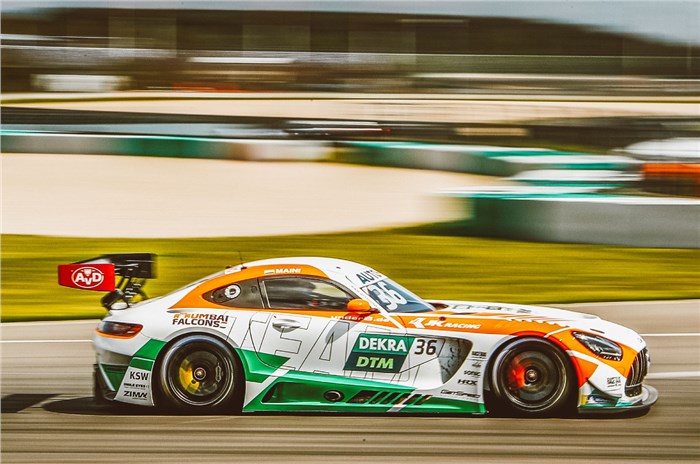 The 2021 DTM (Deutsche Tourenwagen Masters) season kicks off this weekend at Monza, and fans can catch all the action live exclusively on Autocar India’s YouTube channel.

There are a few standout reasons why motorheads should be excited about this round – it kicks off the new GT3 era for DTM, and Arjun Maini is set to become the first Indian driver ever to race in the German touring car series since its inception in 1984.

The 2021 DTM season-opener will run from June 18-20. Each DTM round will host two races, so Saturday’s qualifying will take place at 2pm, followed by Race 1 at 5pm. Sunday will follow a similar format, with the qualifying at 1:40pm and Race 2 at 5pm.

Don’t forget to subscribe to the channel on YouTube, and hit the bell icon to receive notifications for the stream.

Maini has paired up with Mercedes-AMG affiliated team GetSpeed Performance for his DTM debut. The Mercedes-AMG GT3 that he will be driving will also sport colours of the Indian flag.

This year will see the DTM switch to GT3 machinery, with the latest rules attracting a host of new entrants and even luring Mercedes-Benz back after two years away. It’s a star-studded list of manufacturers, with Mercedes competing against Audi, BMW, Ferrari, Lamborghini and McLaren. So Maini is well aware of the high level of competition he’ll be up against, but he’s hoping to deliver some strong podium results.

Speaking at a press event ahead of this weekend’s season-opener, Maini said, "I think the first time we will really see the true performance of everyone will be in Qualifying 1 on Saturday. So until then, we just have to make sure that we work on our own programme and improve where we have to improve and then see how it plays out."

"I love Monza as a circuit; I think it’s a good challenge for the drivers and it’s really good for racing. So let’s see how we stack up on Saturday in qualifying and of course, the performance of the car in the races. But positions-wise, it’s not so clear at the minute," he added.

Despite being just 23 years old, Maini has had quite a diverse racing career spanning single seaters and sportscar racing. Earlier this year, Stefan Wendl, Head of Mercedes-AMG Customer Racing said that Maini fits the type of driver the team was looking for. He further added that the company will share data between all its customer teams. So, all the drivers and teams will be able to learn from each other and make comparisons.

Along with his DTM commitments this year, Maini is also set to compete in the 24 Hours of Le Mans for Racing Team India, alongside Narain Karthikeyan and Naveen Rao. They’ll be the first all-Indian team to race in the fabled endurance racing event.