The 20-year old India racer will drive for the Dutch team, MP Motorsport, at Yas Marina. 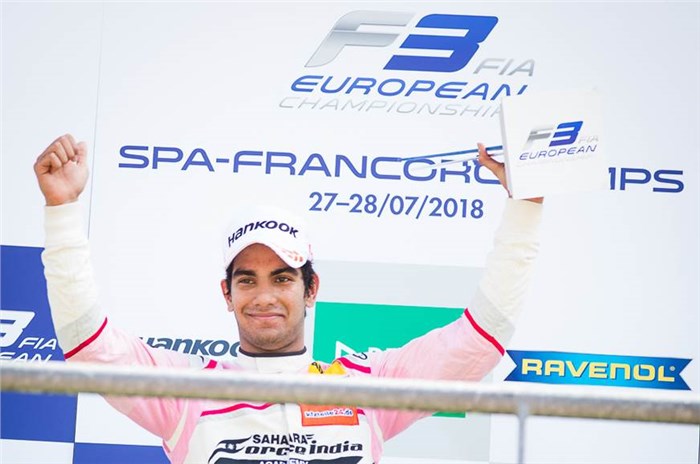 Jehan Daruvala will compete in the GP3 series season finale at the Yas Marina circuit in Abu Dhabi this weekend.

The 20-year-old Indian racer will drive for Dutch squad MP Motorsport alongside Richard Verschoor and Devlin DeFrancesco. He tested for the team at last year’s post-season test at the Yas Marina track.

“I’m pleased to welcome Jehan to our GP3 team for the final weekend in the series’ nine-year history before we move on to the all-new FIA F3 in 2019,” said MP Motorsports’ team manager Sander Dorsman. “I’m sure Jehan will gel well with Richard and Devlin, and will help us wave goodbye to GP3 by going out on a high.”

“After my 2017 test, it will be good to gain some more GP3 experience ahead of the 2019 season. I am thankful to MP for giving me this opportunity”, said Daruvala.

Daruvala is making this one-off appearance this weekend as preparation for a planned move up to the category in 2019.

The GP3 series runs as a support category to Formula One but will be replaced by the Formula 3 championship next year. It sits below Formula 2, what was formerly the GP2 series, on the ladder.

Daruvala has raced in the Formula 3 European championship for the last two seasons driving for the Carlin squad, scoring six podiums and two wins.

His GP3 cameo this weekend means there will be two Indians on the F1 support bill at the Yas Marina circuit this weekend, with Arjun Maini driving for Italian team Trident in Formula 2.