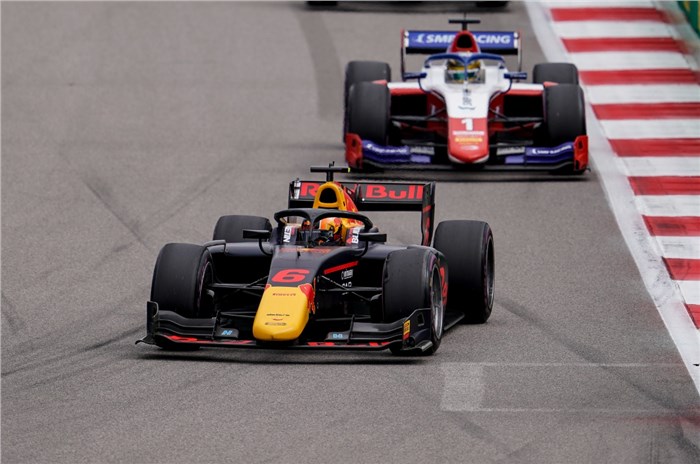 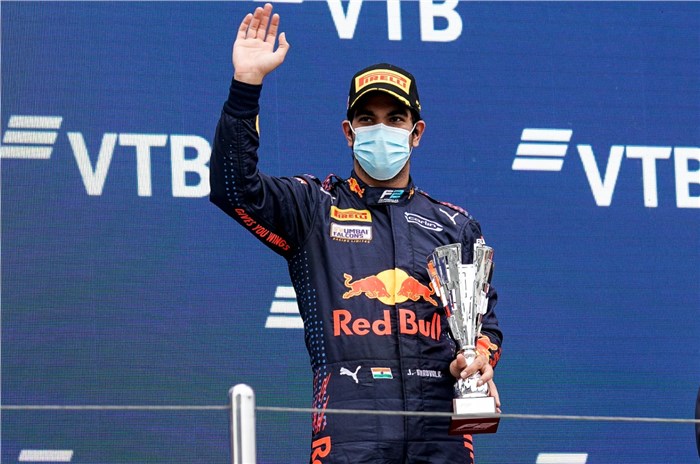 Jehan Daruvala added another podium result to his tally with a third place finish at the Russian GP round of the 2021 F2 championship. This is the Indian driver’s fourth podium finish so far this year – he scored his first win of the season earlier this month at Monza.

Missing out on points in Race 1

Daruvala showed that he had the pace to continue his strong Monza form right off the bat and qualified second for the feature race. With the rain lashing down on Saturday, Sprint Race 1 was rescheduled and Sprint Race 2 was cancelled.

The reverse grid rules meant that Daruvala had to start the race from ninth place. He was able to catch the drivers ahead in the wet conditions and was up to fifth place. But an error saw him spin off and he had to settle for 12th.

The conditions were tricky for the feature race as the inside line of the track was still damp. This meant that all those starting on the inside line, like Daruvala, would struggle on the start and the Red Bull junior dropped down to fourth.

He put in a series of quick laps to close the gap between Ralph Boschung, who was ahead of him, and overtook him for third place. Robert Shwartzman kept the pressure on Daruvala and was a second behind him, but Daruvala kept him at bay. He held on to third place for a podium finish along with winner Oscar Piastri and second-placed Theo Pourchaire.

“It was good to be back on the podium today. After qualifying second I was confident that we had the pace to fight upfront. The inside line was a bit damp and I fell to fourth at the start, but was happy to fight back and get a podium. I am looking forward to coming back home as there is a long break till our next race in Jeddah,” Daruvala said.

Daruvala currently stands seventh overall in the drivers’ championship, six points behind Juri Vips. F2 will now go on a long break before the season resumes in Saudi Arabia on December 3-5.