The FMSCI has planned a slew of radical changes to revive the dwindling fortunes of national rallying. 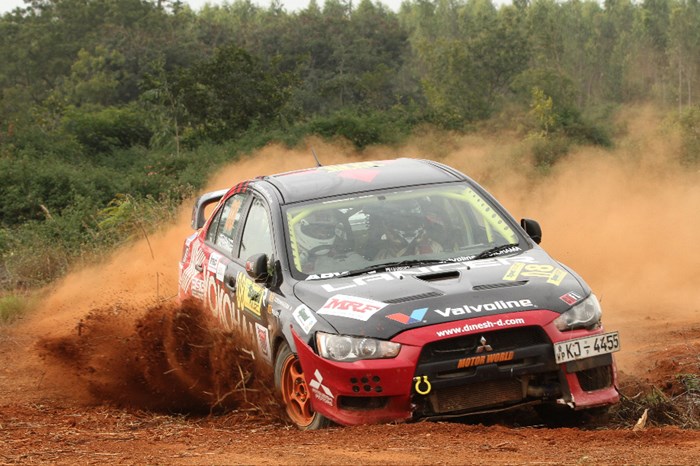 The FMSCI Rally Commission has announced several changes to the current structure of rallying in India. It is no secret that Indian Rallying has been well past its prime since a couple of years, hitting an all-time low at the end of 2010 when Red Rooster Racing followed JK Tyre’s footsteps and pulled the plug on its rallying program, citing spiralling costs of the 2000N+ Mitsubishi Cedia, the showpiece class of the championship along with poor marketing and media coverage as causes.

This left a three-car team MRF locked in an intra-team battle for top laurels in 2011 and unsurprisingly it was APRC ace Gaurav Gill who decisively went on to clinch his third title. Participation in the 2000N class, based on the Group N Cedia saw a surge but the unimpressive pace of the near-stock cars failed to inject any excitement. Plus, the organisation left a lot to be desired and it was in no small part due to the fact that the promoters (PSP) had troubles of their own since there was no financial backing from Bharat Petroleum as ‘Speed’ remained the official title sponsor only on paper.

All this and more is hopefully set to change as the FMSCI is due to announce a new promoter and a title sponsor (the PSP/BP deal was a three-year one) within a few weeks.

Commenting on the front, President of the FMSCI, Vicky Chandhok said, “While we are obviously happy with the FMSCI getting a new rally promoter as soon as the old contract expired, we have to ensure that all the organisers of the championship events also raise the bar substantially bearing in mind that it is only better events that will attract increased participation."

The new regulations will allow foreign drivers to compete in the Indian Rally Championship, although they will not be eligible for championship points and consequently the title. It is no surprise since it has been done to protect interests of national drivers who will be in uncharted territory in their maiden season with AWD cars (more below).

They will compete in the Indian Rally Championship (IRC), which allows for two-litre FIA Group N and N4 cars, basically encompassing all iterations of the Japanese AWD favourites Mitsubishi Evolution and Subaru Impreza. We can expect early cars like the Evo VI to be more popular as they would be well-suited to our (relatively) tight stages.

The national championship will continue to run on the existing format based on engine capacity, consisting of two-wheel drive cars with 1601-2000cc. This will effectively leave only Group N Cedias in the fray for the national title.

Drawing a few parallels with the IJTC (Indian Junior Touring Cars) category introduced in road racing last year, INRC will also feature a Junior Category – J-INRC, restricted to drivers less than 27 years old. All cars up to 1600cc will be eligible in this class, so expect the faithful solider of Indian Motorsport – Maruti Esteem to feature strongly here as the Baleno has proved more fragile and expensive in comparison over the years. The J-INRC winner will get a fully-paid drive in the 2000N class for the following season.

Other initiatives on the table for INRC circa-2012 include SSS (Spectator Super Special) stages being run on Friday nights for a better spectacle, with points for SSS and selected ‘Power Stages’ being thrown in as an incentive for drivers to push that extra bit.

With the new-look championship, the FMSCI is trying to encourage auto manufacturers to enter the sport, and have been met with positive response from the VW Group, (Skoda in particular). It is only appropriate as Volkswagen was the first manufacturer to make a significant commitment to Indian Motorsport with the Polo Cup in 2010 and can be expected to carry forward the mantle in rallying as well.

The revamped INRC is scheduled to kick off in June – we hope this is the revival Indian rallying has long been in desperate need of.

President of the FMSCI, Vicky Chandhok added that, “While we are obviously happy with the FMSCI getting a new rally promoter as soon as the old contract expired, we have to ensure that all the organisers of the championship events also raise the bar substantially bearing in mind that it is only better events that will attract increased participation."