The Chennai racer will drive for Fan Force United Racing in the official IndyCar feeder series. 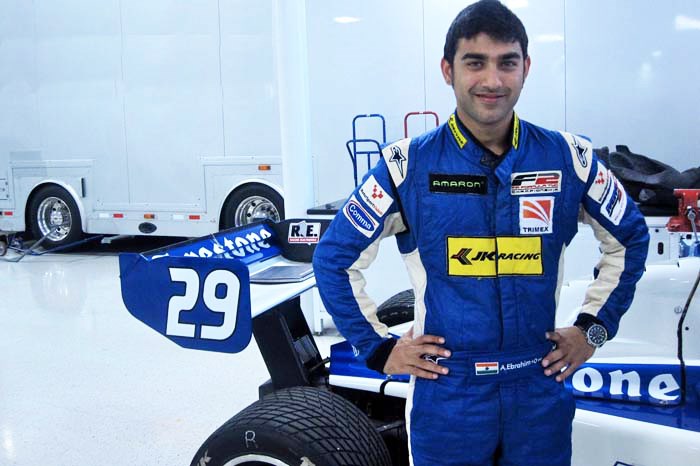 Indian driver Armaan Ebrahim will become the first Indian driver to compete in the Firestone Indy Lights series next year – the official feeder series for the IZOD IndyCar series, one of the oldest and most competitive single-seater championships worldwide, with Indy 500 being the flagship event.

The Chennai driver will race for the Indianapolis-based Fan Force United team and team principle Chris Williams believes that the outfit will be in contention for the title with the Indian driver. “Armaan is considered one of the brightest stars moving up through the ranks in European racing and the team had agreed early on that we would not race until we found someone who could compete to win the championship.”

The series uses spec Dallara-built cars powered by 3.5-litre, 420bhp V8 engines mated to a lever-operated, six-speed sequential gearbox – as opposed to paddle-shift boxes predominant in European series. Driving oval courses with a lever-operated box will be something that Armaan should come to grips with quickly, having already tested with Indy 500 winning outfit Bryan Herta Autosport in September followed by another test with Jensen Motor Sport in October last year. Also, having raced more powerful single-seaters in A1GP and GP2 Asia series, he should be fully acclimatised to specific demands of oval racing by the time the final pre-season tests in March conclude.

Armaan endured a disappointing second season in Formula 2 last year despite showing promise on his debut in 2010. Issues included series organiser Jonathan Palmer’s shift of focus towards his son Jolyon’s racing efforts in the GP2 series, which meant the 2011 season was abound with several management issues with specs and technical parity of cars being questioned on several occasions.

However he is looking forward at putting those turbulent times behind him and sounds positive about his chances across the Atlantic. “I am really looking forward to spending my summer racing in the US now and the guys at Fan Force United have put together a great program. Coming to Indianapolis is also something very special for me at this time in my career – the place has great racing heritage and I hope to be here for quite some time.”

The streets of St. Petersburg, Florida will host the Indy Lights season opener on 25th March, with the IndyCar series season kicking off simultaneously. In 2012, all Indy Lights rounds barring one will be the support event on IndyCar weekends – akin to GP2 supporting Formula 1 weekends in Europe.