Ameya wins an incident packed race 1 and finished on podium in race 2 which saw Donovan Vaz getting his first ever podium and victory in the reverse grid format. 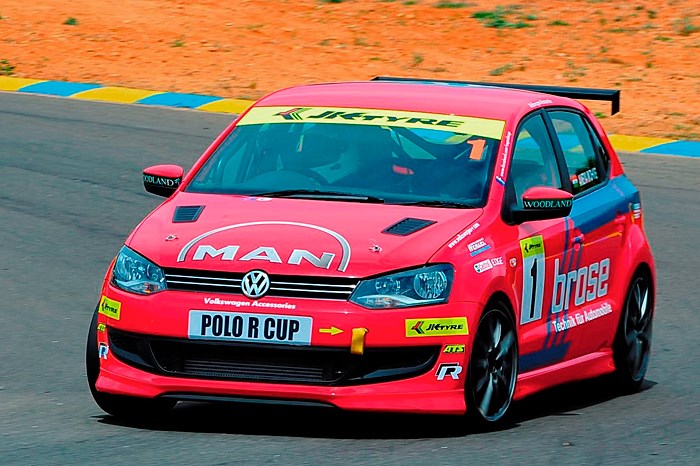 Ameya Walavalkar wins race 1 and finishes on podium in the Polo R Cup, round 2 at Coimbatore. 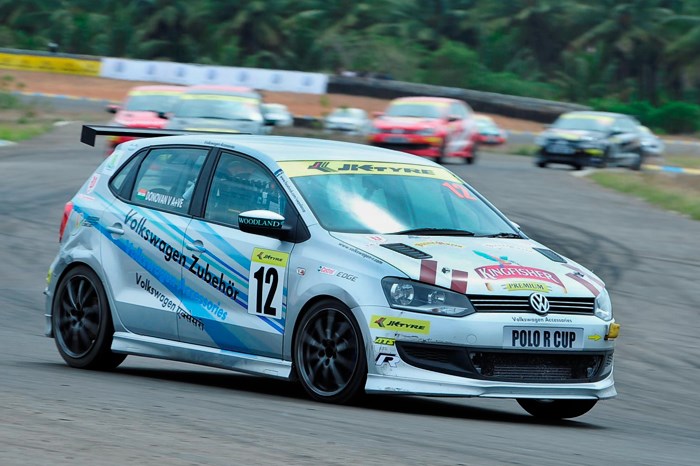 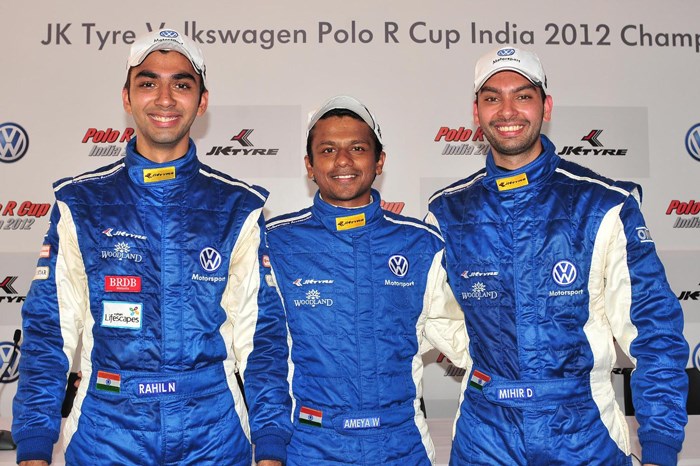 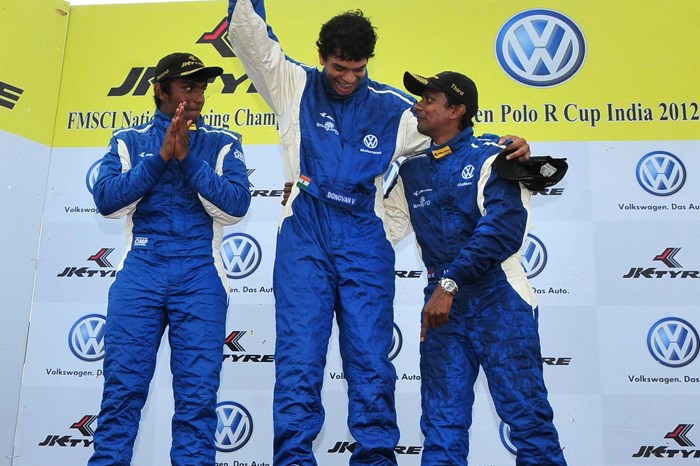 Round 2 of the Volkswagen Polo R Cup proved to be an action packed drama which unfolded in a three-part race following two crashes. Ameya Walavalkar won the shortened 8-lap race 1 followed by Rahil Noorani and Mihir Dharkar.

The dramatic three-split race saw aggregate of all three parts of the race been taken to reach the final race classification. Pole sitter Ameya had three restarts to tackle before heading home in a total aggregated time of 10:34.617seconds. Following him were Rahil Noorani and Mihir Dharkar who were 7.346seconds and 18.327seconds behind the leader.

On lap 3, Prashanth Tharani Singh clashed with Ajay Kini resulting in the first red flag as the car was stuck on the race track. At the first restart, the championship leader Alisha Abdullah was punted off in the first corner which resulted in a second red flag. At the second restart Ameya managed to take the lead again and stayed ahead till the chequered flag, comfortably ahead of Rahil and Mihir. Sandeep Kumar, who was sent to the back of the grid before the second restart owing to non-compliance of the rule pertaining to changing of a tyre within the stipulated 3 minute time. He drove brilliantly to pass 13 cars and eventually finished in fourth position.

Compared to race 1, the second race was much cleaner and straightforward. Diego Duez from Mexico led from start to finish before being handed a 20 seconds penalty for jumping the start. This gave second placed finisher, Donovan Vaz, his first podium and win in the Volkswagen Polo R Cup with Sandeep Kumar and Ameya Walavalkar behind him. While Diego and Donovan pulled away at the front, Angad Singh Matharoo held off a field of 7 cars for over 10 laps. He was eventually passed by both Sandeep and Ameya as they battled for the podium spot. Donovan finished the race in 19:31:146 with Sandeep and Ameya finishing 1.786 seconds and 2.014 seconds behind respectively.

DNF denotes Did Not Finish

DNP denotes Did Not Participate