2021 Indian National Rally Championship to kick off in April

The 2021 INRC will feature six rounds across eight months and the addition of a new SUV class. 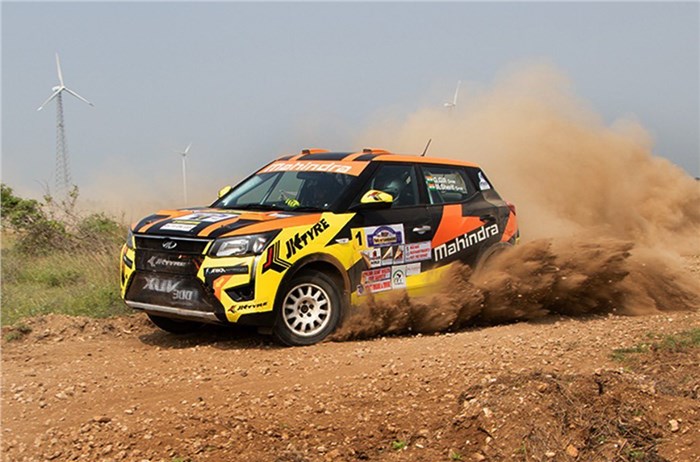 The calendar of the 2021 Indian National Rally Championship (INRC) has been revealed, with the latest season comprising a total of six rounds across the country. The championship gets underway in Chennai from April 23-25 and features the addition of a new SUV class.

Due to the pandemic, the 2020 INRC season was shortened to just three rounds across two months. From a promotional standpoint, this left teams with little time to invest in advertising and gain any exposure. As a result, manufacturers like Mahindra Adventure decided to give the championship a miss last year, leaving the 2020 INRC season without a single car manufacturer entry.

This year’s calendar sees the championship return to a more standard format, with six rounds spread across eight months. It also features some new entries like Delhi, Hampi and Nagaland – which will host its first ever INRC round. This is the first time that INRC organisers have given hosting rights to the three venues.

It’s important to note that the Delhi-NCR and Nagaland rounds are yet subject to confirmation of the local organisers and an inspection by the FMSCI. For now, BND Motor Sports has been tasked to organise the Delhi-NCR round, while the Nagaland Adventure and Motor Sports Association will be responsible for the finale. The remaining events have been ratified by the FMSCI’s Rally Commission.

This year’s INRC will also see the addition of a new SUV class, which organisers say has been added to “give a chance to other drivers in the country to display their skill on the national circuit”.

“We could not go all guns out last year due to reasons known to all. The pandemic had tied our hands and it was very difficult for us to organise a full season but still we did what we could do best and completed three rounds. But we are back on the track again and will have six rounds again this year,” said Vamsi Merla, director of Champions Yacht Club and promoter of the INRC.

“When we came into motorsports, it was always our mission to take the sports to all the parts of the country and make it more inclusive and that is the reason we have given a chance to three new clubs. We are anticipating a great year ahead and hope that it exceeds all our expectations,” he added.

Gaurav Gill secured a monumental seventh INRC title last year, after winning all three rounds in dominant fashion. Despite Mahindra Adventure opting out of the championship, they did provide Gill and his teammate Amittrajit Ghosh with the rally-spec Mahindra XUV300. Both drivers competed for the JK Tyre team instead.

While car manufacturers skipped the 2020 INRC, the season did see some heavy involvement from tyre manufacturers, with MRF and Yokohama Tyres joining the grid.