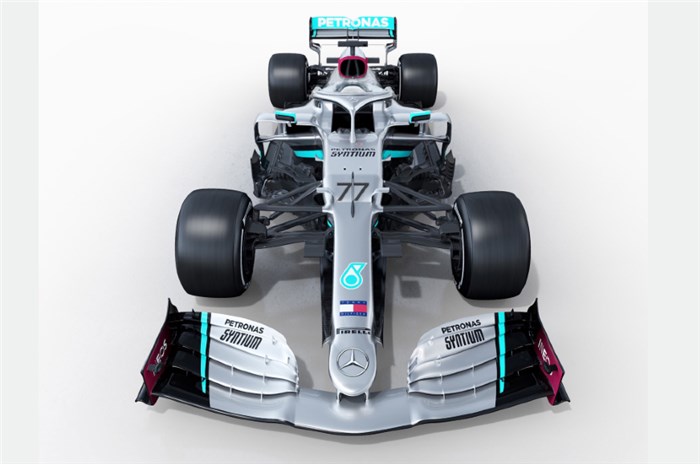 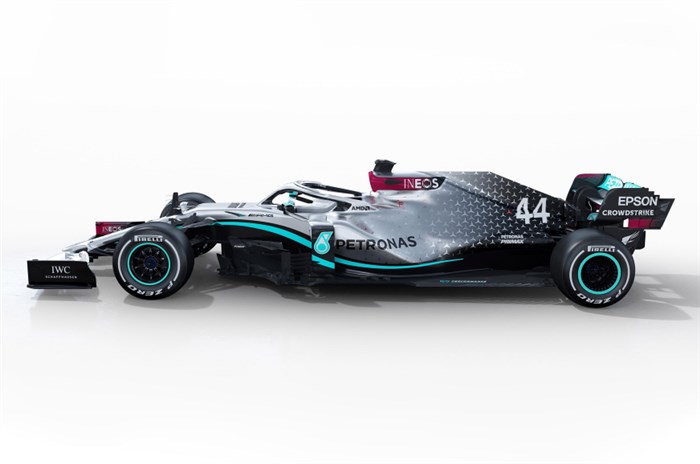 Mercedes has released the first images of its latest Formula 1 challenger before the car completes its first shakedown at Silverstone, today. Valtteri Bottas will get behind the wheel first before handing over the car to Lewis Hamilton for the 100km run.

The W11 dons Mercedes’ new livery that was revealed earlier this week and now incorporates splashes of red, owing to the team’s new principal partner INEOS. While the car is more of an evolution of the championship-winning W10, it does sport some subtle differences, with noticeably smaller side pods. However, the design will continue evolving once pre-season testing gets underway on February 19 in Barcelona.

The team’s new multi-year partnership with petrochemical company INEOS also provides an indication that Mercedes intends to continue racing in Formula 1 for the long term. With its commercial contract with the series expiring at the end of this year, there has been ongoing speculation that Mercedes and its parent company Daimler have been evaluating exiting Formula 1. However, Team Principal Toto Wolff set the record straight at the new livery unveil event, saying: “We are in this for the long term. F1 provides a great marketing platform for our brand. This is what we do, we build race cars and we build road cars.”

"Formula 1 is the halo platform for hybrid engineering, something that is not communicated enough because it was talked down at the beginning of the hybrid era. It's something we should put more emphasis on. We like the platform but, at the same time, we are in negotiations with the rights holders, and things needed to be sorted out. But the [INEOS] partnership is something that indicates our wish to continue our successful journey in Formula 1,” he added.

Last year, Mercedes set a new record by becoming the first-ever Formula 1 team to secure six consecutive double F1 titles. The team has won every single Formula 1 championship since the new V6 turbo-hybrid era kicked off in 2014. With 2020 being the final year with the current regulations before the series’ 2021 rules overhaul, there’s no doubt that Mercedes intends to make it a clean sweep.

The team’s star driver Lewis Hamilton is chasing his own records as well. The six-time Formula 1 world champion will start the 2020 season with just seven race wins off Michael Schumacher’s existing record of 91, and he’ also chasing equalling Schumacher’s all-time record of seven drivers’ titles.