Daruvala moves up to 2nd in the overall Formula 3 drivers’ championship standings after winning Race 1 in France. 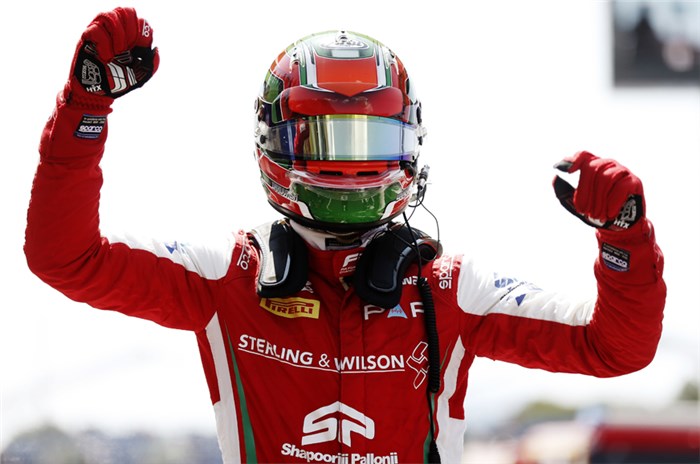 Indian racer Jehan Daruvala continued his strong form in the 2019 FIA Formula 3 championship, winning Race 1 for Prema Racing at the Circuit Paul Ricard in France. This accomplishment means back-to-back wins for Daruvala, who had previously won Race 2 at the series’ inaugural round in Barcelona in May.

Starting the race from second on the grid, Daruvala initially lost a place to Pedro Piquet at the start and dropped to third. But it only took him two laps to pass Piquet and re-take 2nd place. He then set about trying to catch race leader Jake Hughes, who had built a lead of two seconds by then.

Daruvala managed to cut into Hughes’ lead and was less than a second behind by lap 8. On the next lap, Daruvala was close enough to attempt a move on Hughes around the outside of the penultimate corner and he was able to slip past Hughes at the final corner to take the race lead.

Hughes did try to use DRS to pass Daruvala, but he ran wide at the Mistral chicane, thereby allowing Daruvala to pull away out at the front. He then remained unchallenged for the rest of the race and went on to take victory by 2.8secs. Meanwhile, Hughes ended up retiring from the race after colliding with Marcus Armstrong.

Daruvala was joined on the podium by his Prema team-mate Robert Shwartzman, who finished the race in 2nd place, while Trident’s Pedro Piquet claimed the last podium spot.

With two wins out of three races so far, Daruvala has moved up to 2nd in the overall standings, just 7 points behind Shwartzman.