The race trim colour scheme will be revealed at pre-season testing at Barcelona. 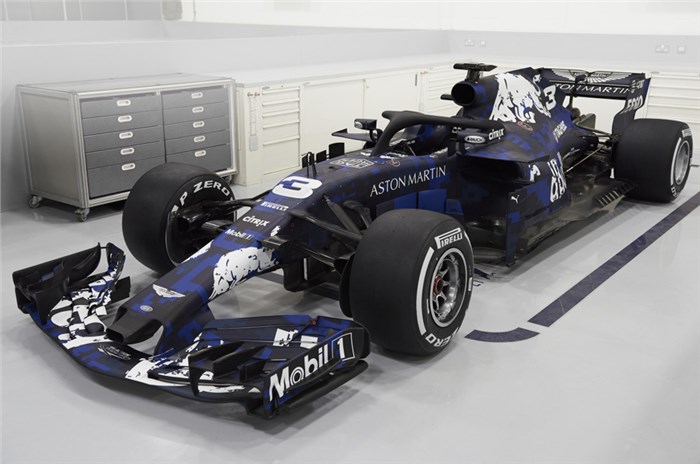 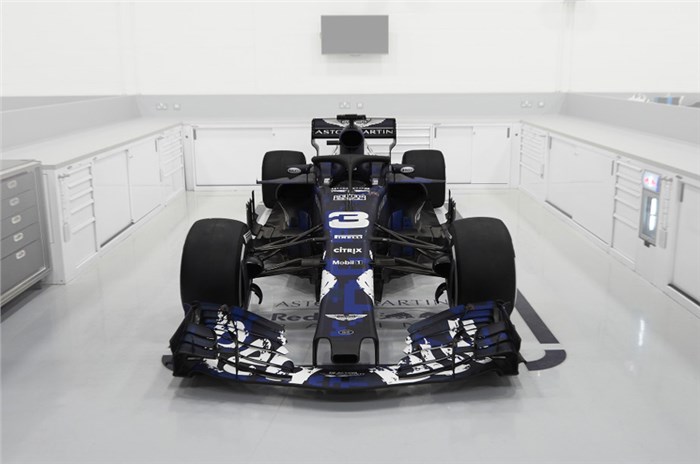 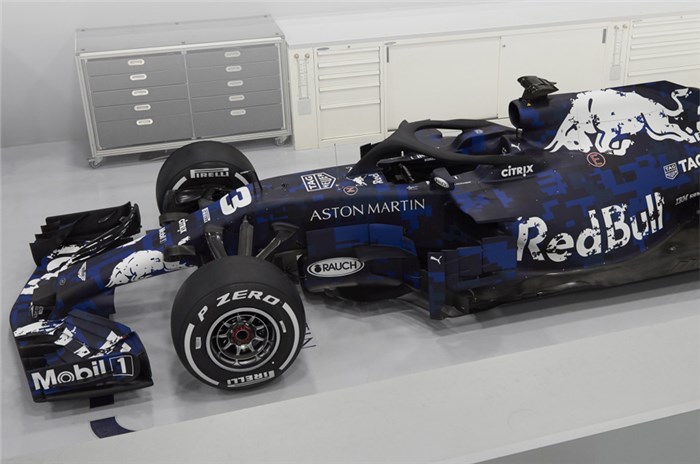 After Haas and Williams, Red Bull Racing has become the latest Formula 1 team to reveal its new car for the 2018 season. The RB14 has been unveiled with a striking blue camouflage-style livery instead of the team's familiar racing colours. But Red Bull has made it clear the livery is "Special Edition", and that the colour scheme that will be used in race trim will only break cover at pre-season testing at Barcelona that kicks-off on February 26, 2018.

The Renault-powered RB14 will be piloted by Max Verstappen and Daniel Ricciardo, who combined for three race wins with its predecessor last year. Aston Martin has prominent branding on the temporary livery, as it becomes Red Bull's title sponsor in 2018 having decided to step up its involvement in F1.

Red Bull has always customarily left its car launch as late as possible before the start of winter testing. The brand eschewed that tradition this year with a February 19, 2018, reveal. The car will be shaken down by Ricciardo at Silverstone on Monday, using one of the team's 'allocated' filming days'.

"The pattern of the last few years has been to launch 'aggressively late'," said a Red Bull statement."This has allowed the design department the maximum amount of time to add goodness to the car before the cut-off point at which the design is frozen and a launch car produced."

"It's been not uncommon to have the car finished, fired up for the first time and shipped to Spain for the start of testing all on the same day. It serves a purpose – but you wouldn't do it if you didn't have to, and this year, we didn't have to.

"It's preferable to finish the car early and deal with any snags now, when the car is on a track a short drive from the factory, rather than using up one of our eight ultra-precious test days doing the same at the Circuit de Catalunya."

The RB14 will be powered a Renault V6 turbo hybrid which will remain branded as TAG Heuer, for a third straight season. It could be the last Red Bull F1 car carrying a Renault engine, with the status of the parties' relationship beyond 2018 being unclear.