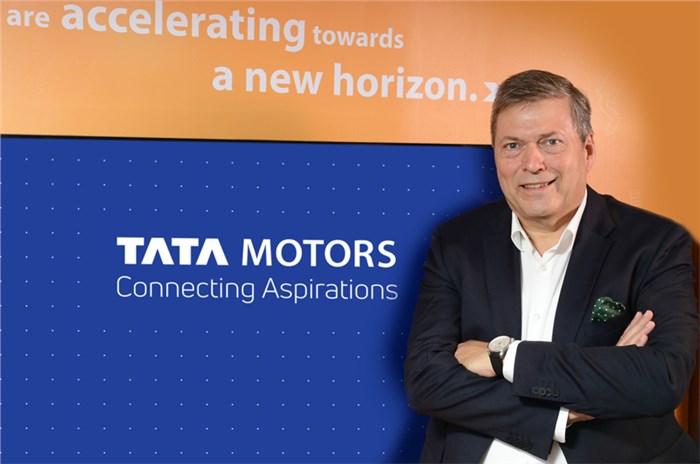 Homegrown carmaker Tata Motors, today, launched a new brand identity as a part of its efforts to turn around its business in India. Revealing the new tagline, ‘Connecting Aspirations’, Tata Motors reiterated its focus on filling product gaps, trimming costs and revamping supply chain as it strides towards becoming a lean and agile organisation.

Having only recently called off its planned platform alliance with Skoda-VW, Tata Motors is confident of driving growth with its Advanced Modular Platform (AMP). The carmaker will launch its first product, a premium hatchback (X451), on the AMP platform in 2019 to take on the Maruti Baleno and Hyundai i20. The cost-competitive AMP is expected to enable Tata motors to achieve greater economies of scale. In fact, the carmaker plans to scale down the number of component suppliers to 100 from 200 under AMP. It also plans to introduce two SUVs – a five-seater and a seven-seater – in FY 2018 (April-March), according to company CEO and MD, Guenter Butschek.

The company also outlined an investment today of Rs 2,500 crore in its passenger vehicle business. The carmaker, which has been slow to react to changing market dynamics, will have a zero-tolerance approach towards launch delays to regain market share and drive volumes, according to Butschek. He revealed that the company has readied a product plan till 2022 and aims to break in to the country's top three carmakers by 2019.

The past few months have been positive for the carmaker as it has continued to witness upbeat demand for the Tiago hatchback, which has sold over 56,000 units till date. It is now gearing up to launch the Nexon SUV in the market in September, with an aim to make further inroads in the burgeoning passenger utility vehicle segment that is currently led by the Brezza. In fact, the Nexon will be the last of the bridge models to be based on the older platforms before the AMP models are launched.