PSA head Carlos Tavares to take charge as CEO of the merged entity; merger process to be completed over the next 12-15 months. 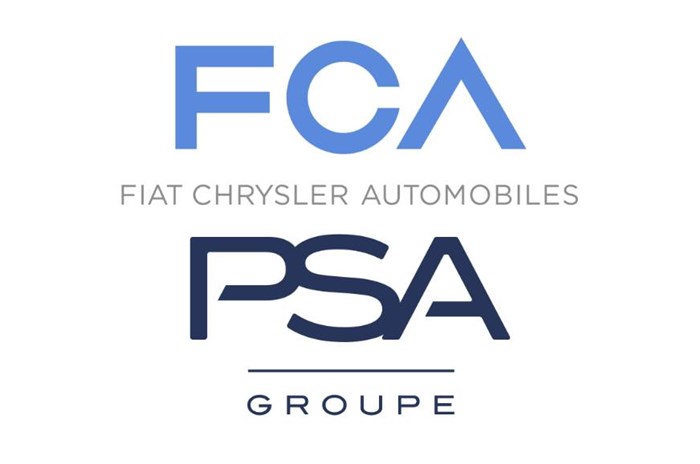 The PSA Group and Fiat Chrysler Automobiles have officially signed a deal for a full merger, creating the world’s fourth largest car manufacturer with around 8.7 million sales and combined revenues of £144 billion (about Rs 13.41 lakh crore).

The two companies provisionally agreed on the deal in October this year, but have now signed a binding Combination Agreement. The merger process will take place over the next 12-15 months, with the firms saying it will create a company with the “leadership, resources and scale to be at the forefront of a new era of sustainable mobility.”

The statement made by the two brands claims that the combined PSA-FCA group will allow for £3.1 billion (about Rs 28,000 crore) in ‘run rate synergies’, through the efficiencies enabled by shared investments in “vehicle platforms, engine families and new technologies”. The companies did also say that no plant closures will occur as a result of the deal.

While no firm details have been announced, PSA-FCA has said that more than two-thirds of its production will be focused on two platforms, with a small platform and compact/midsize platform both accounting for around three million cars annually. Although unconfirmed, these are likely to be the PSA Group’s CMP and LMA2 platforms, which are both capable of running combustion, hybrid and full electric powertrains.

The release outlining the binding agreement says PSA-FCA will focus on its core markets of Europe, North American and Latin America, but says it will “reshape the strategy in other regions.” In particular, both firms have struggled to gain a foothold in the vital Chinese market in recent years.

While PSA retains a strong market position in Europe through Peugeot, Citroen and Vauxhall-Opel, FCA has a stronger position in North and Latin America due to the success of Jeep and, in particular, Ram Trucks.

The deal will also allow for increased investment efficiency in “mobility solution and cutting edge technologies”, including electric vehicles and autonomous systems. The PSA Group is in the process of launching a number of EVs, including the Peugeot e-208 and Vauxhall Corsa-e, while FCA is currently prepping an electric version of the Fiat 500.

The agreement also confirms the management structure of the new firm. Carlos Tavares, who currently heads PSA, will take day-to-day charge as CEO of the merged entity, with Johan Elkann serving as chairman.

Tavares said the merger represented “a huge opportunity to take a stronger position in the auto industry as we seek to master the transition to a world of clean, safe and sustainable mobility and to provide our customers with world-class products, technology and services.”

In India, FCA has a presence in the country with models from its Jeep, Maserati and Fiat brands while PSA has confirmed that it will be entering in the India market in 2021 with its Citroën brand. There is currently no news on how this merger will affect either brand’s operations or plans in our country.