Toyota's SUV finally gets an automatic and a proper facelift but looses 4WD in automatic variant. Read our comprehensive review. 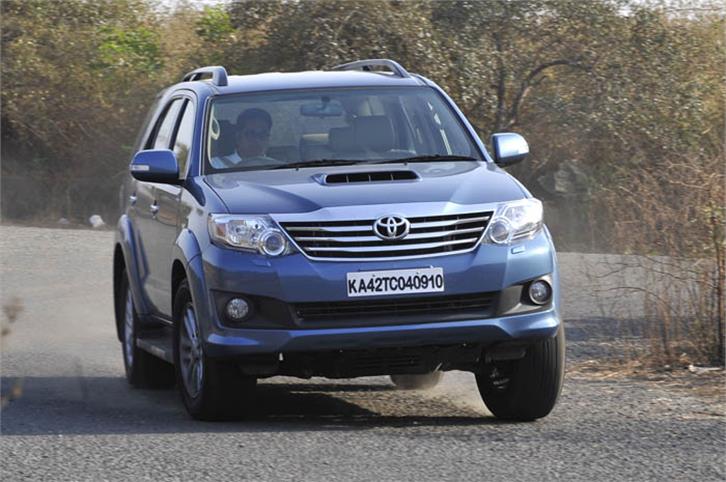 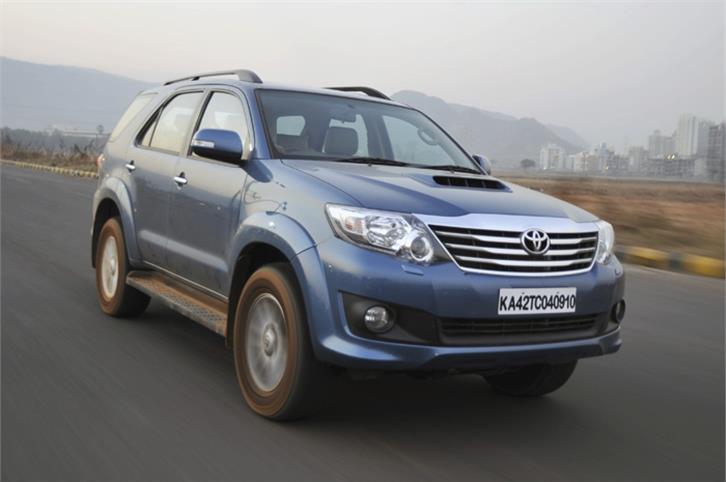 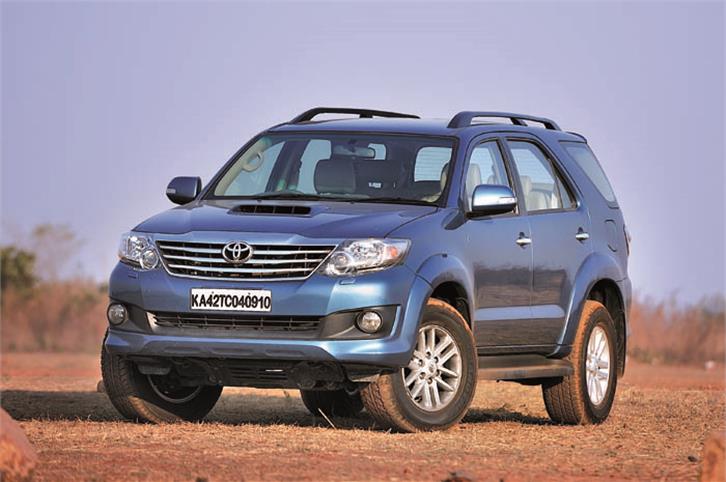 Toyota’s Fortuner created a frenzy when news of its imminent arrival first surfaced on our pages in November 2008. Here was a proper middle-of-the-road Toyota SUV that seemed to tick all the must-haves. Yes, weak brakes were a big issue on early cars, the Innova-like interiors increasingly faced a lot of flak, and buyers really did miss having the option of an automatic gearbox; Checklist for the facelift done then.

As facelifts go, this is a good one, especially from the front. Toyota has thought it important enough to upgrade the entire nose of the car and, as a result, looking at it head-on gives you the impression that this car is all new. Sharp lines replace the outdated rounded forms, the new Fortuner’s wider wraparound headlights and wider chin give it a fuller-looking face, and with cuts on the bonnet bumper and chin, this Toyota SUV looks more Land Cruiser than Fortuner. The chrome grille is now much wider, the rounded, pod-like Xenon elements in the headlights look good and the new alloys are smarter and lighter looking. The wheel and tyre size, however, are the same. Also the same, expectedly, are the doors, the general glass area, and the big wheel arches. Toyota has made changes to the rear too, but the changes here aren’t as well thought out or executed. The rear wheel arch now extends back into the rear bumper, which does look nice, and there is a new Land Cruiser-like bar of chrome across the tailgate. But the transparent tail-lights with their odd- looking red elements look distinctly aftermarket and cheap.

Toyota has updated the cabin of the Fortuner and though it hasn’t done as thorough a job as with the exteriors, perceived quality has gone up. The swathe of piano black wood running across the dash is quite impressive, the Camry steering wheel looks better than the Innova wheel used earlier, and the automatic gearlever looks pretty upmarket too. You get a reversing camera, powered seats  and even cruise control. The double-DIN touch-screen audio system is easy to use as well, but the silver satin finish contrasts with the design of the interiors and makes it look like an aftermarket addition. The shiny plastic surrounding the vents is cheaper looking still. The seats of the Fortuner remain the same – the driver’s seat is supportive and adequately padded, there is sufficient room in the rear for three, though the third row is best for kids.

The biggest change, however, is that the Fortuner now gets an automatic gearbox. Now this is 2012 and we are well into the era of eight-speed autos and twin-clutch gearboxes, but Toyota’s automatic is pretty basic. This is strange, because competitors are literally throwing gears at their SUVs these days. The Ford Endeavour comes with a five-speed automatic, Hyundai’s recently launched Santa Fe comes with six and even the cheaper-by-half Scorpio Automatic has six gears. And the Fortuner has no paddle-shifters and no tip-tronic either. All you get are three regular forward gears plus one overdrive; as simple as a spanner. But simple doesn’t mean it doesn’t work.

With 35kgm of torque produced from just 1400rpm, the Fortuner has plenty of pulling power, and that means Toyota can use tall gearing. So second on the Fortuner is as tall as third on the Endeavour and the gearing gets even more spaced out after that. What also helps performance is that this two-wheel-drive automatic Fortuner is 95kg lighter than the four-wheel-drive manual. So it feels pretty lightfooted and full of energy as you step off the line. Toyota’s 3.0-litre lump is also pretty smooth and so pottering around town, with the high-geared motor ambling along, is really relaxing. You can cruise up to speed quite effortlessly; you always feel like you have plenty of torque to dip into, and the leviathan really does feel effortless, even when pulling up inclines. Things are pretty relaxed out on the highway too. The Fortuner accelerates well on half-throttle, the big diesel motor merrily gurgling along, and getting to its natural cruising speed of approximately 130kph is no sweat too.

Things, however, get a bit sticky when you’re in a hurry. The gearbox’s lack of ratios and sluggish nature mean kickdowns are only executed after a bit of a pause. You really need to ‘kick’ the accelerator to get a downshift going and the gearbox seems to get flustered, even jerky at times. Still, the automatic Fortuner is no slouch and in fact is much quicker than the manual four-wheel-drive car in a straight line. It is a second faster to 100kph at 11.8 seconds, three seconds faster to 140kph which comes up in 23.9sec, and by the time you get to 150kph, the automatic car is four seconds clear of the four-wheel-drive manual. Dropping the front drive-shafts, differential and low-ratio transfer case sure seem to have made a difference. This very strong performance also makes it substantially quicker than the four-wheel-drive Ford Endeavour 3.0 auto, which is approximately two seconds slower to 100kph and a full 10sec slower to 140kph. And despite having fewer ratios, the Fortuner is quicker in-gear too. It only gets out-dragged by the monocoque Hyundai Santa Fe which, despite having four-wheel drive, is a second and a half quicker to 100kph. What’s also noticeable however that is the Toyota motor doesn’t get too strained or vocal when it is on the boil; the common-rail unit remaining strain- and stress-free as well.

Toyota has also left the tuning of the suspension largely untouched, so there is some amount of stiffness at low speeds and you do feel the bumps on broken surfaces. Up the pace, however, and the ride smoothens out, and that little bit of extra stiffness in the springs means that there is not much boat-like pitching. What’s also different and quite nice on this car is the lighter steering. Now devoid of the push-pull of the four-wheel drive system, it’s much lighter to use and this is particularly impressive when the Toyota is driven in city conditions. Full-fat SUVs are seldom great driver’s cars – the physics just aren’t in their favour – and the Fortuner is no different. Body roll is still considerable, body control is loose, and it feels progressively top-heavy the harder you drive. The light steering that is devoid of feel around the centre doesn’t help either. What Toyota has improved considerably are the brakes. In 2010, Toyota upgraded the Fortuner’s weak brakes with larger and thicker front discs and this has really improved things. Pedal feel is better, the Toyota has more stopping power and you don’t need to pay attention to braking as much as you had to earlier. Hit the brakes hard at 80 and, with help from the ABS system, the new Fortuner comes to a dead halt in 24.6 metres, a full four metres shorter than the earlier car.

Though this version has no four-wheel drive or low range, the torque of the motor and the impressive traction of the rear wheels mean you can actually go dirt tracking. The ground clearance is the same, so rocky ground isn’t as much of an issue and you can go pretty far off-road too, as long as you keep things real and don’t try anything too ambitious. Deep sand and slush, however, are best avoided.

At the pumps, the Fortuner 2WD Auto isn’t too bad. We got 7.8kpl in the city and, thanks to the tall fourth gear, 12.7kpl on the highway.