With the Zest, Tata wants to claw back lost ground from Maruti, Hyundai and Honda in the crucial sub-4 metre sedan segment it first created. 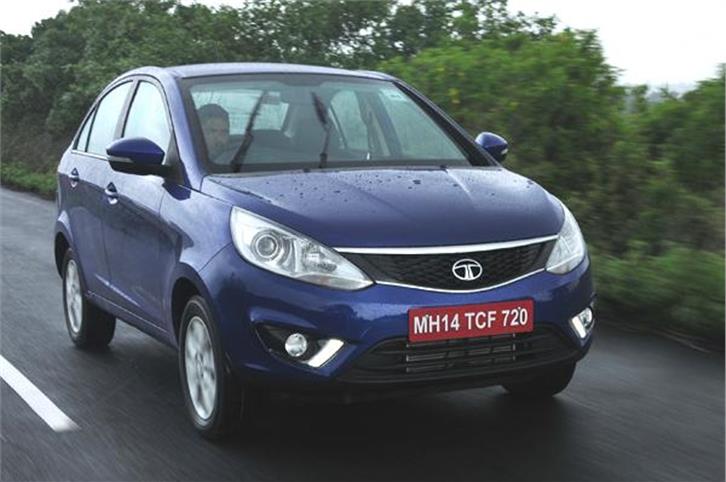 The Tata Zest is the company's new compact sedan, which will take on Maruti, Honda and Hyundai. 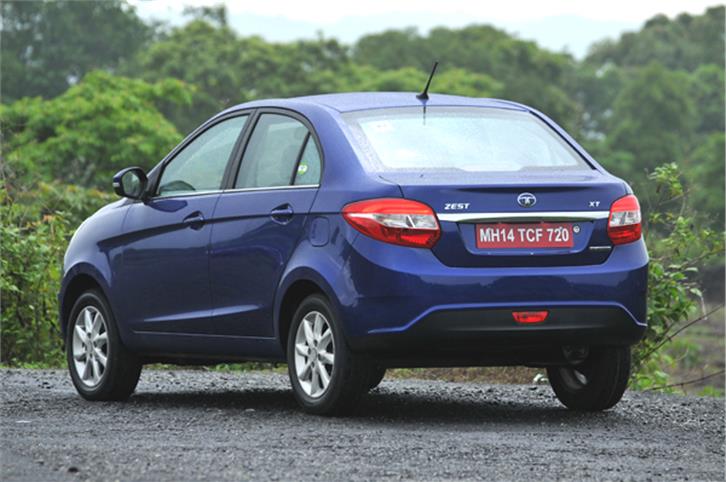 The boot has been pretty well integrated and the wraparound tail-lamps and chrome bar give it presence. 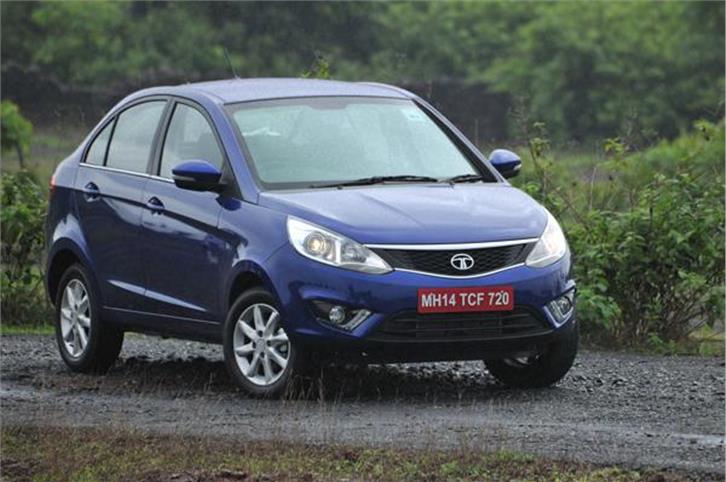 A sculpted bumper, attractive grille and kinked headlamps give the new nose a lot more character. 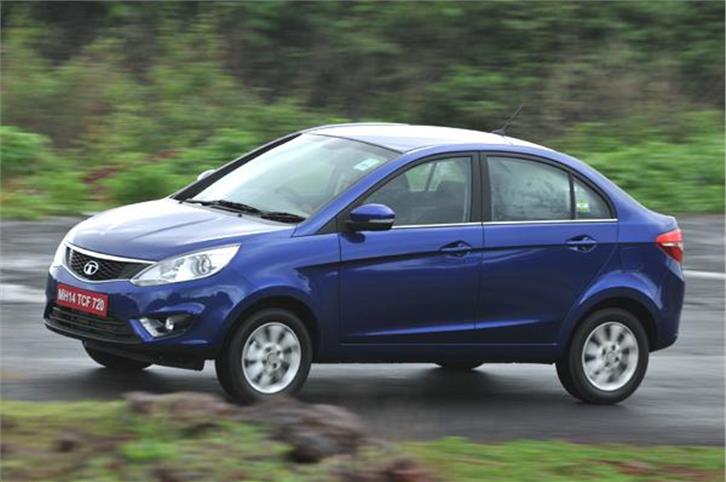 Tata has managed to find a superb compromise between ride and handling with the Zest.

Tata Motors’ Horizonext movement may have been spearheaded by a series of updates to its existing models, but this is the first actual new product of the company’s big renaissance. However, the Tata Zest compact sedan isn’t an all-new car in truth, but instead a thorough revision of the Indica Vista platform, with the addition of a boot. Don’t think of this as just some mid-life facelift though, because the car has been heavily re-engineered, with just about every mechanical component modified or replaced with the goal of matching international standards. Tata has a lot riding on the Zest (and its upcoming hatchback sibling, the Bolt), and is counting on it to revive its waning fortunes in its home market.

You can see the family resemblance, but the Tata Zest definitely looks more modern and upmarket than the likes of the Vista and Manza. There’s a nice kink in the headlamps, which now get projector elements, and between them sits an attractive mesh grille. The bonnet and front bumper are more sculpted than before and, the top-spec petrol version features LED daytime-running lamps too.

You should know at this point that we also drove the all-important Zest diesel equipped with an automated manual transmission (dubbed ‘F-tronic’), which was made available in a lower trim level.

There’s a thick shoulder line running along the side that breaks up the car’s rather tall profile, although it still appears to ride quite high on its 15-inch wheels, thanks in part to the pronounced wheelarches (the actual ground clearance is a pretty standard 165-175mm). The back is where the big news is, of course, because this is a 3,995mm sedan, and integrating a boot onto such cars is always tricky for the designer. The boot looks stubby and truncated in comparison to the large windows (a straight carryover from the Vista) but given the limitations, the designers have done a fairly decent job. The big, wrap-around part-LED tail-lamps and wide chrome bar give it decent road presence from the rear.

A much bigger surprise is the cabin, which is easily the most modern and classy looking one we’ve seen in a Tata vehicle to date. The two-tone colour scheme makes it feel really airy, and the piano-black and gunmetal grey plastic trim do liven up the dashboard. The steering wheel is smaller in diameter than the Vista’s, it has a smart new hexagonal boss and there are audio controls here too. The speedo and rev counter dials are also very attractive, with a chunky-looking 3D jewelled effect, and a detailed fuel and trip computer nestled between them. It’s not just the look that’s improved, but the quality too. The texture and finish of the plastics look and feel much better to be on par with Maruti and Honda (though not quite at Hyundai’s level). If we’re going to nitpick, panel fit still isn’t perfect, the edges of certain parts are still quite rough, and the shiny plastics still reflect too much. It’s a shame that all the leather trim from the car shown at the Auto Expo 2014 is missing, even on the top-spec car, and that there is just one cup holder in the cabin; the slim door pads could barely fit a half-litre water bottle.

A lot of work has been done to the seats as well, and the big front chairs are well cushioned and supportive. The high dashboard means shorter drivers might have to use the seat height-adjuster (only available on the top trim), but you will be comfortable over long journeys. The rear seat is like a sofa – easily wide enough for three, with good support and space in every direction. The air-conditioning – automatic climate control on the top-spec car, manual otherwise – has also been improved, and though we didn’t have a hot summer’s day to test it on, it regulated cabin temperatures very quickly and efficiently.

Finally, another talking point on the inside is the new infotainment system developed with luxury audio experts Harman (of Harman and Kardon fame). The eight-speaker audio sounds fantastic for this class of car, and gets USB, Bluetooth, aux and SD card input (no CD player though). The touchscreen infotainment system on the top-spec car is very ambitious, offering higher-segment features like a proximity display for the rear parking sensors, alternate controls and display for the air-con, vehicle settings control, and even voice commands. It gets the job done, but is a little rough around the edges; the voice commands are too few and specific, for example. The screen is a bit too reflective to easily read on the move as well, but the unit itself feels really good to use, with high-quality controls. The lower-spec car misses out on the touchscreen, and with it, some of the aforementioned features, but its unit looks neat and works well.