The Tata Altroz finally gets an automatic transmission version, and there’s much to like. 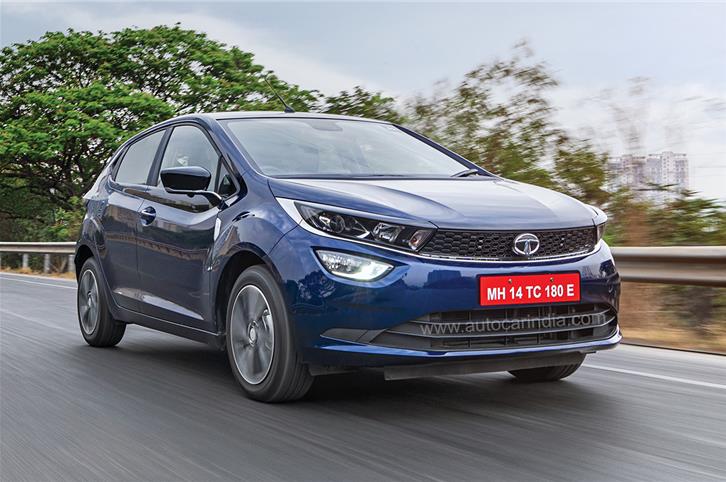 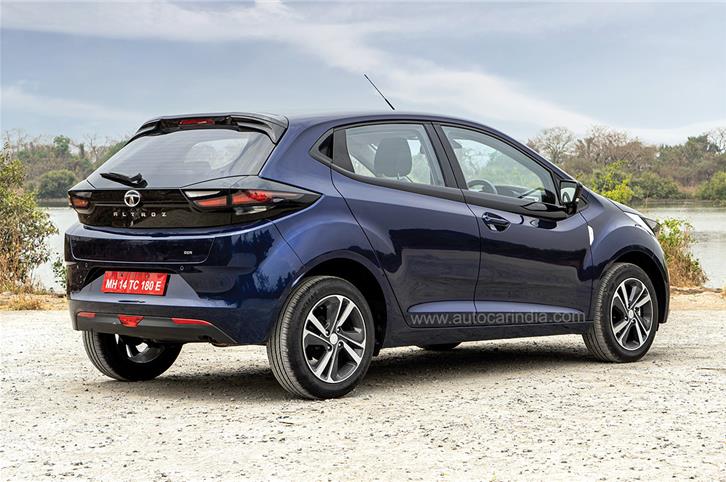 The Tata Altroz DCA is the long-awaited automatic version of Tata Motors’ premium hatchback. The DCA in the name stands for ‘dual-clutch automatic’ which is the type of gearbox in use. Tata Motors is also publicising some usually lesser talked about technical details of the transmission to draw in buyers. Chief among these is the transmission’s wet clutch arrangement. A wet clutch, in the simplest terms, features enhanced lubrication (with the clutches bathed in oil), allowing for better heat management, and that in turn results in consistent performance and greater longevity.

The 6-speed Punch DT1 gearbox used on the Tata Altroz DCA also features shift-by-wire tech, which means there are no mechanical linkages between gear selector and gearbox, and shifts are effected via electronic signals in, as Tata Motors says, all of 250 milliseconds. There’s machine learning too that adapts to driving style and alters shift points for best efficiency and performance. A self-healing mechanism is present as well that uses vibrations to eject dust and debris entering the transmission, which could potentially cause damage.

The first impressions of the gearbox are positive. For one, it’s a fairly smooth shifting unit. Upshifts and downshifts are mostly seamless, though, at times, we did find the shift to third gear a bit pronounced. The gearbox also responds well to inputs at the accelerator pedal and is ready to drop down a gear or two to grant you access to the power you need. It’s not a lightning-quick unit by dual-clutch transmission standards, but it sure does a good job of going up and down the ratios. The gearbox also scores well on some of the other areas that automatics are expected to perform in. Creep mode is well calibrated so you can crawl through slow moving traffic without any intervention at the accelerator. The Altroz DCA also starts quite effectively on inclines and with minimal roll back. 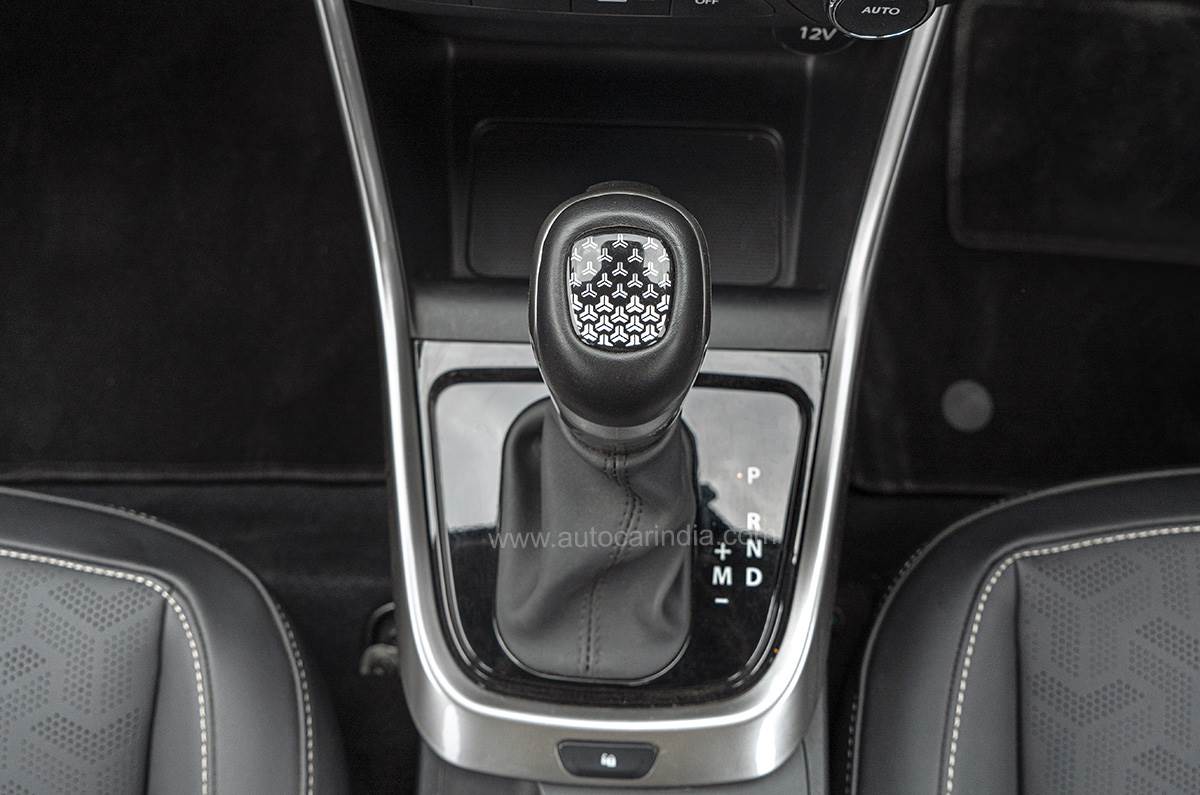 There's also the promise that you won't be penalised in efficiency for the convenience of going automatic. While far from the best-in-class standards of the Maruti Suzuki Baleno, the Altroz DCA delivers an ARAI-tested economy of 18.18kpl, which is actually marginally better than the standard Altroz manual. Notably, the Altroz DCA doesn't get the idle stop-start that’s offered on other petrol versions of the Altroz.

The priority for best efficiency can be felt in the driving experience, though. The gearbox upshifts quite early and in flowing city traffic, you’ll find the transmission in fourth gear at just 40kph. There’s no sport mode for the gearbox to help keep the engine on the boil, though you can take manual control of gearshifts via the gear lever. Do so and you’ll find the system responsive to inputs. Before you ask, there are no paddleshifters on offer. Over a day's driving, we did notice some quirks with the transmission. For instance, there's a slight lag at the gearbox when you engage reverse.

What marks the Altroz DCA down is that it just doesn't do enough to excite. As Volkswagen originally established with the Polo GT TSI and its 7-speed dual-clutch transmission – and more recently the Hyundai i20 with its own 7-speed dual-clutch transmission – a small car with a dual-clutch transmission, by extension, means a sporty small car. Unfortunately, that's not the case with the Altroz DCA, and that's not down to the gearbox but the engine that powers the car. The Altroz DCA doesn't get the Altroz iTurbo's more powerful 110hp, turbocharged petrol engine as was widely expected, but uses Tata's 1.2-litre, three-cylinder, naturally aspirated petrol engine. The engine makes 86hp and 113Nm, which are reasonable numbers, but this is not a motor of interest if power and performance are high on your priority list. And it doesn't help that wet clutch gearboxes are known to sap more engine power. 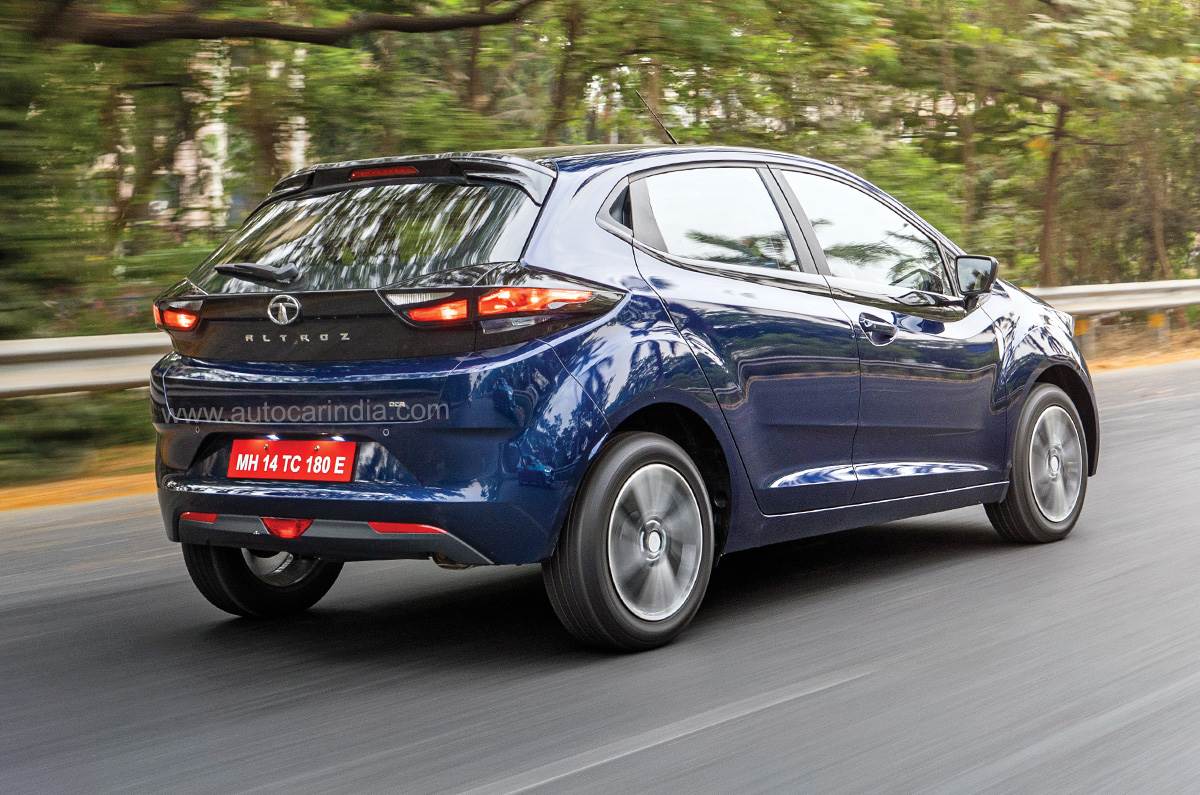 Performance is fine for the city, and you really won't have any trouble keeping up with the flow of traffic. It's just that when you ask more from the engine, it reveals its dull side. Power delivery is flat, and you need to press down hard on the accelerator pedal to get the most out of this engine. Over quick overtakes, you'll note that the build of speed remains quite leisurely and when you do extend the engine you'll find that three-cylinder unit gets quite loud and almost whines at the very top end. And, unlike other versions of the Altroz, there are no driving modes either to spice things up.

The Altroz DCA’s kickdown acceleration times of 9.11sec for 20-80kph and 13.25sec for 40-100kph are quite ordinary, and the 17.08sec 0-100kph time is downright disappointing. The 6-speed dual-clutch transmission with the iTurbo’s turbo-petrol engine would surely have made for a more exciting combo.

Like other versions of the Altroz, the DCA has its strengths in the ride and handling departments. There is a bit of firmness in the suspension set-up, but you'll appreciate the way the Altroz drives. It feels like a very tough car, especially over broken city roads, and even when you're going faster, the overall sensation is of being in a very stable and surefooted vehicle. The handling is agile and a lot of the fun that you actually have in the Altroz comes down to the slick and very smooth steering. 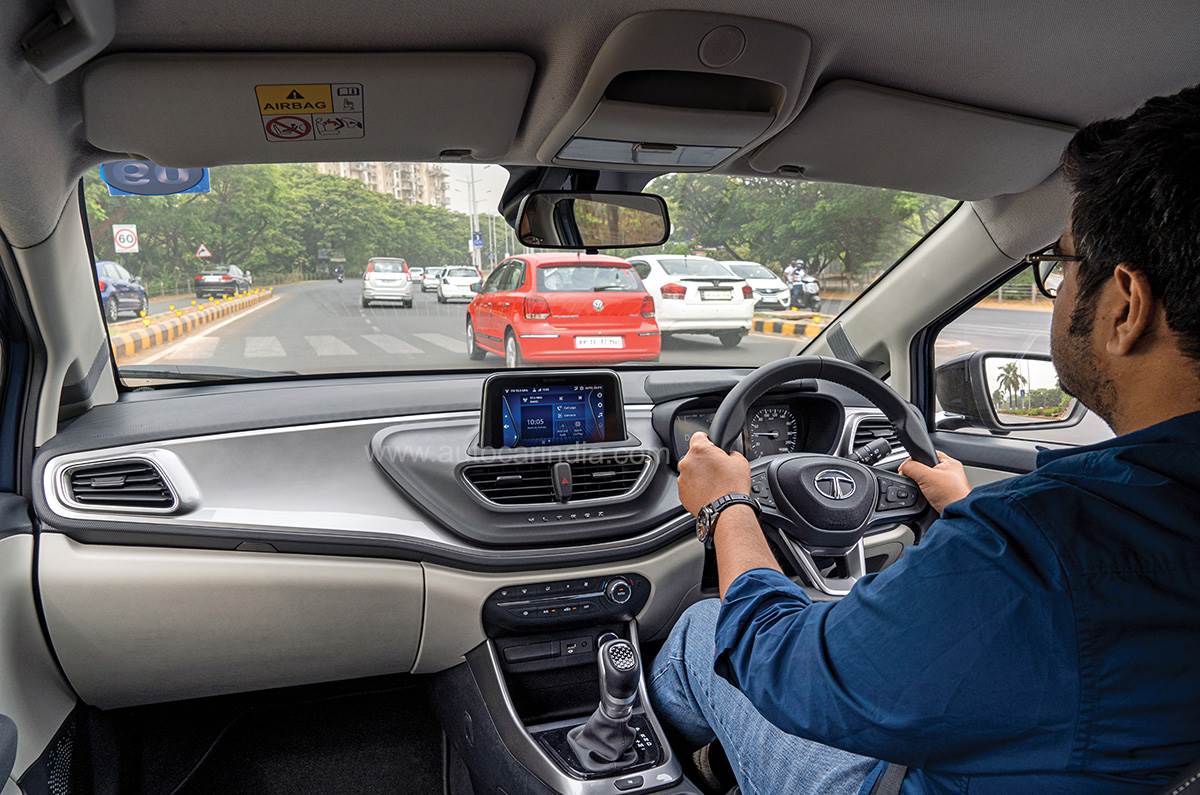 Gearbox aside, the Altroz DCA is unchanged from the standard model. The Opera Blue paint shade featured here is a new addition to the colour palette, which also includes the all-black Dark versions. The Altroz remains a head-turner even two years after launch, with the squat stance, large headlights, and swept-up lines lending it genuine visual distinction. Also unique are those doors that open 90 degrees for easy access inside. 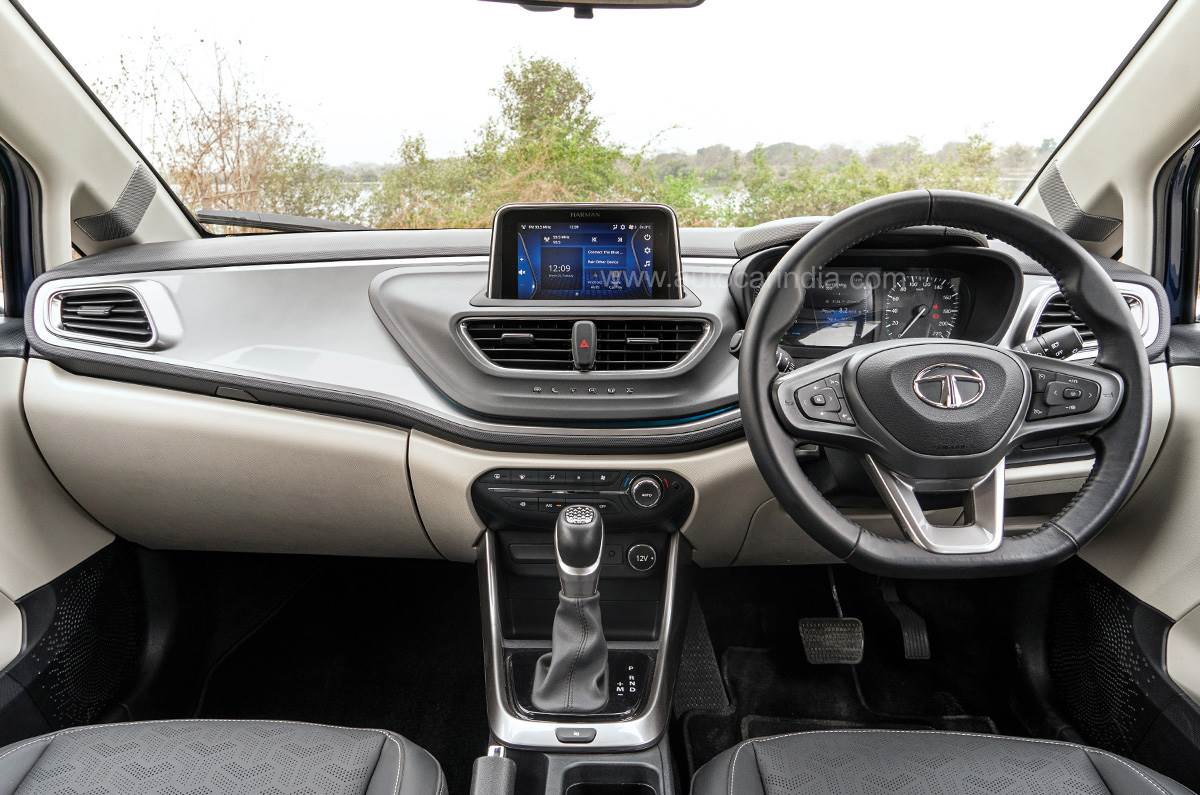 The cabin is nicely done too, with a layered look for the dash and a stylish use of different textures and colours. Quality inside is largely good, though Tata could have updated the 7.0-inch touchscreen that's not as large or as slick as what rivals offer. The squared-out speedometer and tachometer are a bit unusual, and the thick A-pillar does hamper visibility at crossroads. Comfort inside is good as is space at the back, though tall passengers will find headroom limited. The rear-seat armrest is well positioned and the leatherette upholstered seats on the top-spec XZ+ versions look and feel premium. Practicality is well taken care of, with plenty of storage space inside and a very usable 345 litres for your luggage. 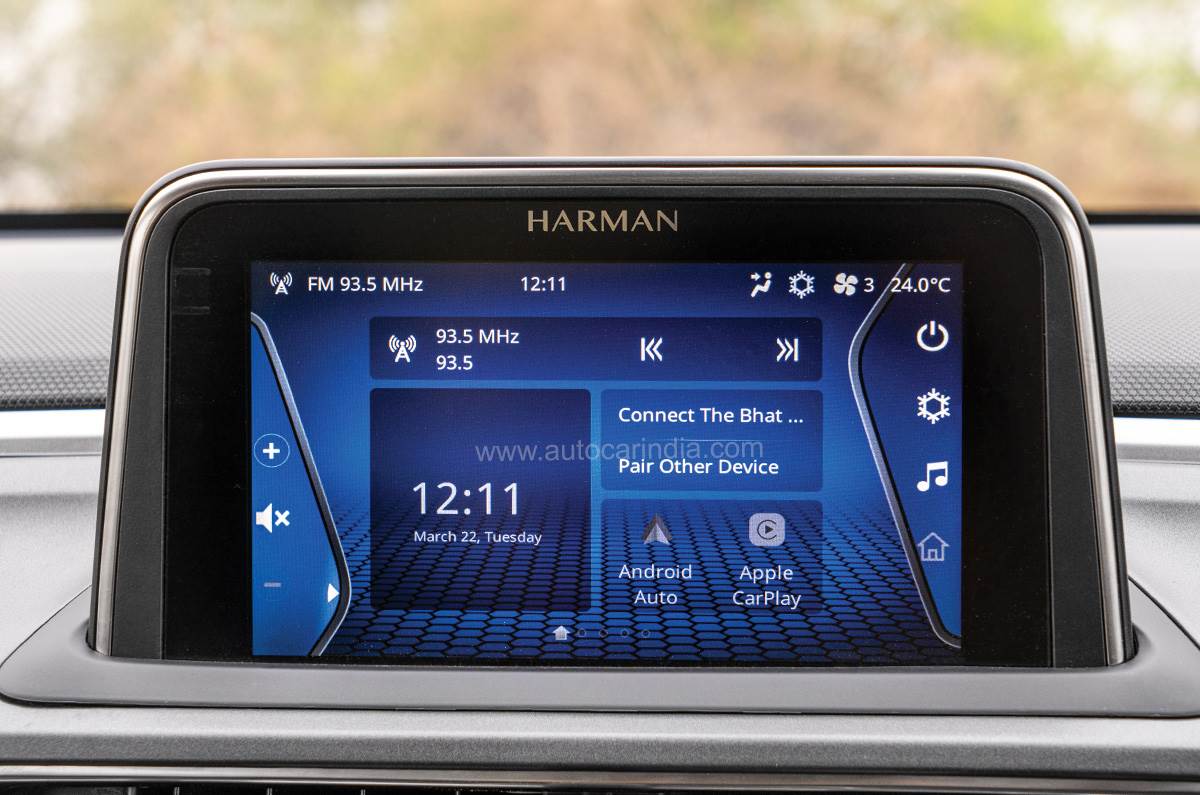 In terms of features, the range-topping Altroz DCA XZ+ gets plenty, such as projector headlamps, leatherette upholstery, keyless entry and go, cruise control, cooled glove box, among others. However, rivals have taken the game forward in this area, with LED headlights, sunroof, wireless charging and side and curtain airbags being some features missed on the Altroz. Talking of safety, the Altroz gets dual airbags, ABS, reverse parking sensor and ISOFIX child-seat mounts. As before, the Altroz's 5-star adult occupant protection rating by Global NCAP is a big draw in its own right.

Tata has done well to offer the Altroz DCA in five trims plus two Dark versions. The range starts at Rs 8.10 lakh and tops off at Rs 9.60 lakh (ex-showroom, Delhi). Pricing for the line-up is competitive, especially for a car with a dual-clutch transmission. 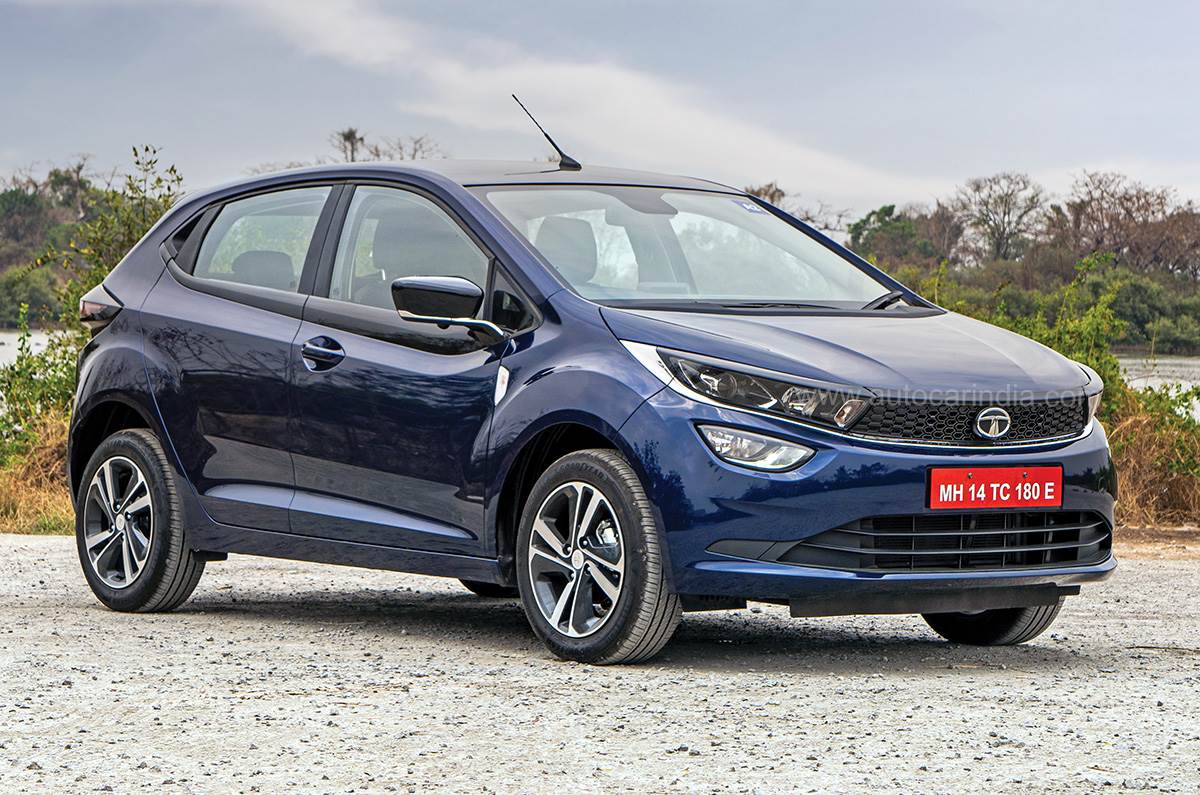 So, should you be interested in the Tata Altroz DCA? Well, if you're an enthusiast, the humdrum engine will just not cut it for you. The gearbox is also good but still a few rungs down on speed and smoothness from the VW Group’s DSG units, which remain the best in the business. However, buyers primarily looking for a city car will find a good match in the Altroz DCA. It's got all that we like about the Altroz, with the added convenience of an automatic.

Whether it's the best automatic hatchback for the money is something we'll only know when we bring it together with its competitors. For the moment, the ease of driving, courtesy the automatic, sure makes the DCA our pick of the Altroz range.