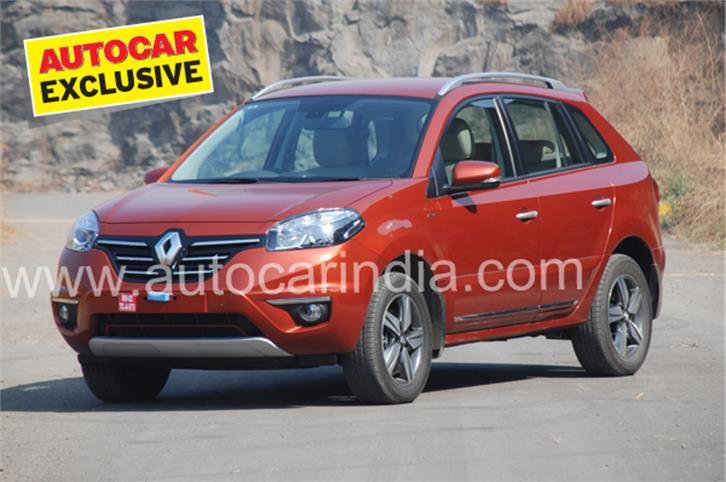 The Renault Koleos SUV is now back with a facelift and more power.

Now that it has established itself firmly in the Indian market with the popular Duster, Renault India wants to give its premium SUV, the Koleos, a second chance, and to that end, it will soon introduce a facelifted version of it. When it was launched in 2011, the very capable Renault Koleos didn't really take off, for a few reasons. Firstly, Renault was a relative unknown in India then, and secondly, it was priced to compete with already popular seven-seat SUVs like the Toyota Fortuner and Hyundai Santa Fe. Most of all, though, the Renault Koleos' soft, smooth crossover styling wasn't a hit in a country that likes its SUVs big and rugged. So will the few key updates that Renault has given the Koleos help it grab a stronger foothold in the market?

Step inside and the Koleos’ dashboard blends plain surfaces (with soft-touch plastics) and clusters of buttons around the lower half. The switches have a nice, damped feel to them and feel quite premium. Only some bits, such as the 4x4 selection switch, feel low-cost. The leather-upholstered front seats, offer a nice blend of comfort and support, both of them are electrically adjustable and it’s easy to find a nice driving position. The rear bench is comfy too, with a reclining seat back, good thigh support and enough room for three. However, in terms of knee room, it isn’t anything to write home about. However, Renault has at least tried to make rear seat passengers more comfy with flip-open tray tables and cupholders in the arm rest. Since there’s no third row, you also get 450 litres of boot space with the seats up. As before, the Koleos is generously equipped in 4x4 guises, including the fantastic sounding Bose sound system. You do, however, lose quite a bit of this kit if you opt for the new 4x2 version.