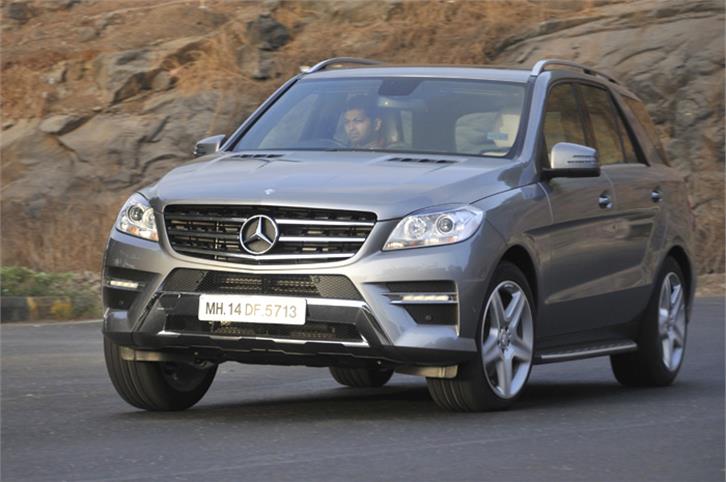 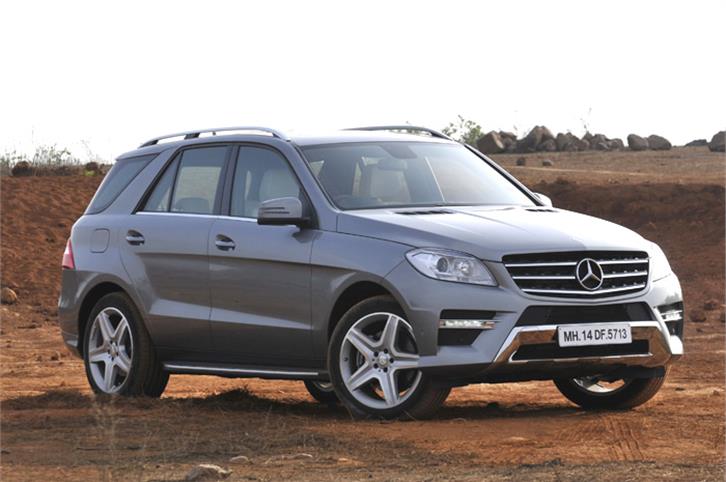 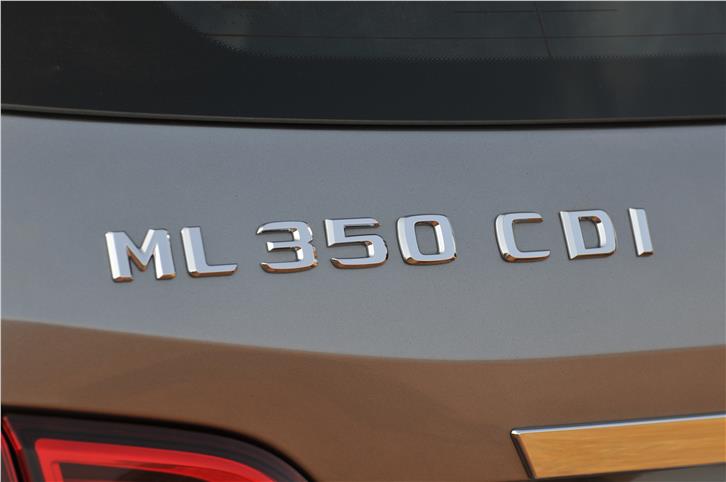 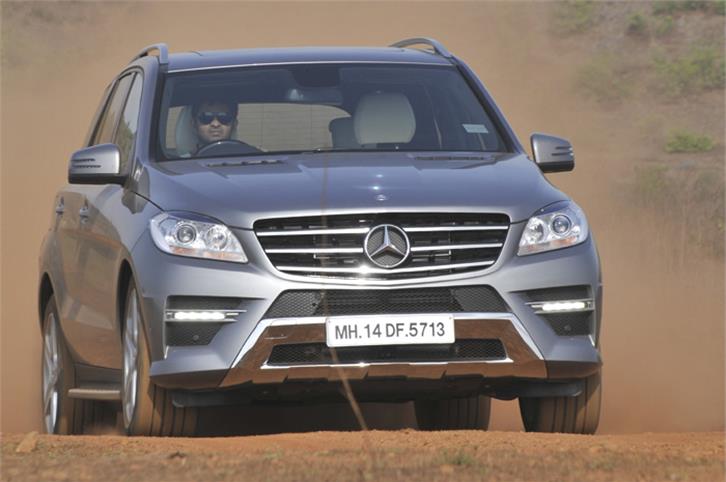 In the metal, the new M-class looks very appealing and thanks to the larger dimensions and sharper styling, it looks far more dynamic than its rather conservative looking predecessor. The designers have created an aggressive-looking car, with dramatically cut wheel arches extruding from the body and a big grille with a large, three-pointed star sitting proudly on it. There are also AMG-style vents on the bonnet along with more traditional off-roader cues such as an imitation sump guard and proud sills. Overall, the effect is extremely positive, and there is also a strong family resemblance to the rest of the Mercedes-Benz range.

We drove the ML 350CDI, which is powered by a 3.0-litre common-rail direct injection engine. At 255bhp, the ML 350 BlueTec 4Matic has 31bhp more than the old ML 350 CDI. It comes mated to the latest version of Mercedes-Benz’s silky seven-speed 7G-Tronic automatic gearbox, complete with an automatic stop/start and brake energy recuperation functions, and a permanent four-wheel-drive system as standard.

The new diesel ML 350 CDI is just so smooth and sweet sounding even from the outside, that anyone could easily mistake it for a petrol-powered car. There’s no hint of diesel motor rattle, there’s very little vibration, and even when you rev it, it is as smooth as honey mixed with syrup.

With 63.2kgm of torque — some 10kgm more than the old car — the oil-burner makes light work of the substantial 2175kg kerb weight. Its best work is achieved on part-throttle loads; the new Mercedes off-roader cruises in a relaxed, serene manner. Thanks to the linear power delivery of the engine, the big M-class feels easy to drive in traffic too. The gearshifts, though, are on the slow side and the smooth and slow shifts clearly indicate that Mercedes has put refinement and comfort before performance.

Driving the car on twisting roads revealed that the new M-class handles much better than before, and is light and easy to drive. Ultimately though, the M-class still doesn’t provide an involving enough drive to rival an X5. When you need to scrub off that speed or change direction in a hurry do you realise that two tonnes of off-roader can’t really bend the laws of physics.

The ML350 CDI now has a stiffer chassis, as a result of which its high speed manners are impeccable and it rides over broken surfaces without much fuss. Even at low speeds the ride is quite supple. Only sharp bumps cause a thud from the stiffer than earlier suspension setup.

It comes with a long list of merits in other areas too — a truly high-quality interior, superb-looking instruments, nicely damped controls, a commanding view of the road from the driver’s seat, a spacious cabin, copious luggage space, state-of-the-art entertainment and communication systems and outstanding quality to name a few – which certainly adds to the overall appeal. The M-class sticks with five seats and there are no great surprises in either its packaging or internal features. Legroom impressive for passengers in the rear and the headroom is particularly impressive.

The only real drawbacks we can level at the new M-class right now are that its larger dimensions, which will make it more of a handful in tight city traffic and the lack of a third row of seats will hinder its appeal. But as an overall package, the new M-class is very impressive. Prices aren’t announced yet, but we expect the new Mercedes M-class to carry an estimated price tag of Rs 69 lakh, ex-showroom Mumbai.