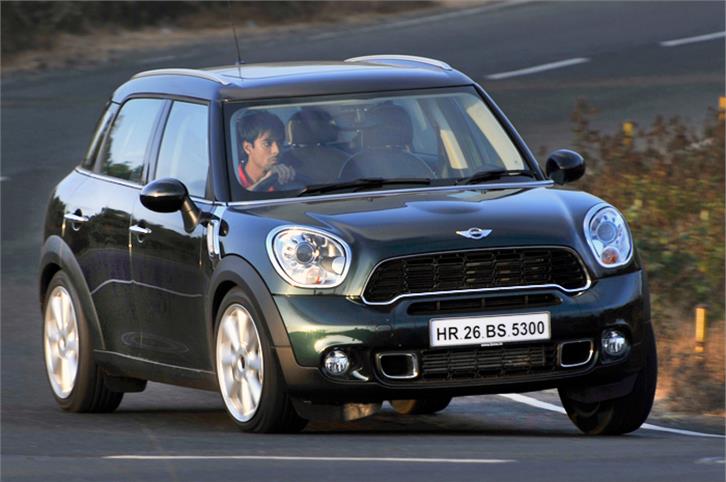 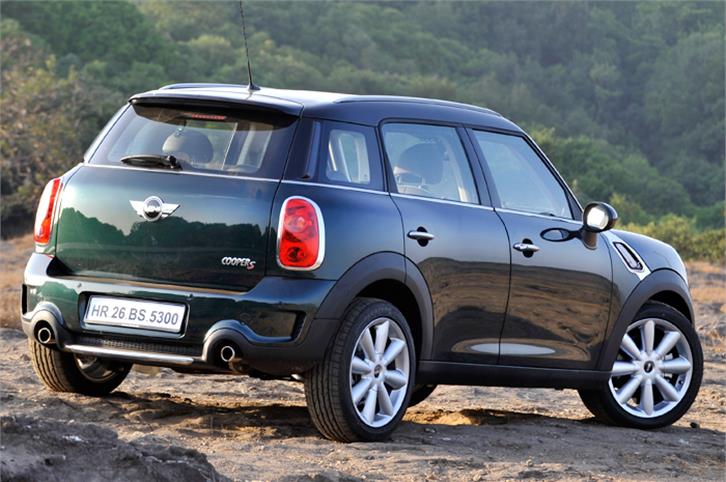 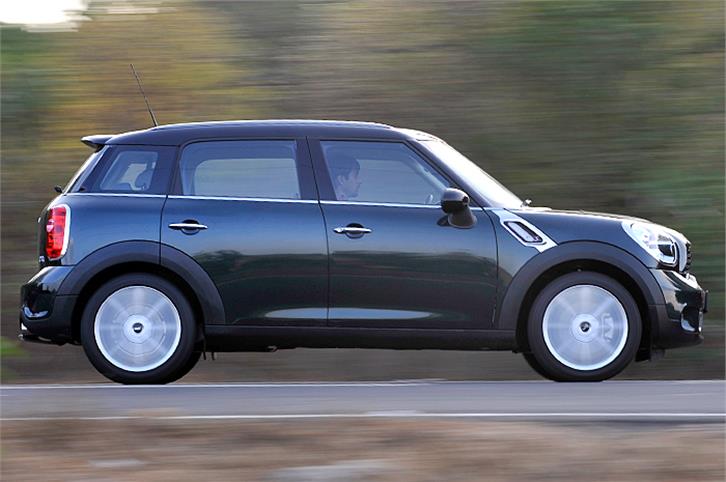 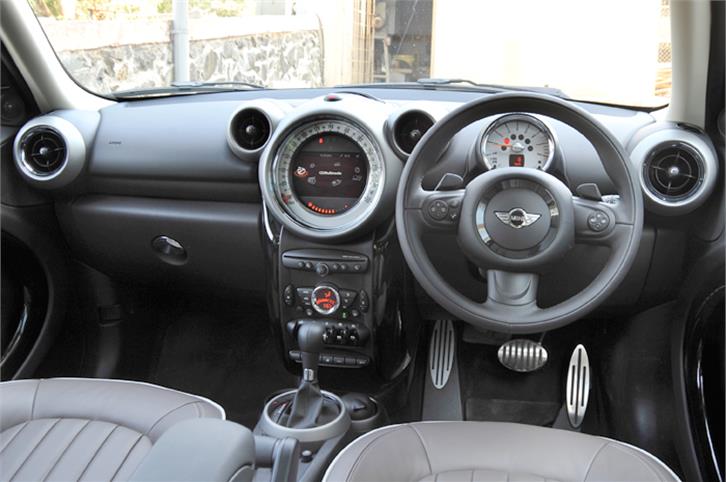 Is the Countryman the most sensible Mini for India? We take a quick-spin and find out.

A big Mini sounds like an oxymoron, but that’s exactly what the Countryman is – a car that seeks to marry the charm and iconic style of a Mini with the space and practicality of a large, four-door hatchback. Does the idea work?

Marketed more as a crossover than a hatchback, the Countryman easily looks a couple of sizes larger than the two-door Minis, yet is smaller than, say, a Skoda Yeti. Frontal styling is aggressive, with a power bulge on the bonnet, near-vertical grille and large, swept-back headlamps, lending the Countryman the face of a bulldog. In profile, though, the Countryman is quite conventional, and it’s only the blackened pillars that link this to other Minis. Its squared-out tailgate looks neat and the twin exhausts give an indication of the car’s sporty intent. But more on that later.

With a high enough roof, ingress is really easy, and once inside you get a cabin that is unmistakably Mini. Taking pride of place on the dashboard is the very retro oversized analogue speedometer that can be specified to house the optional and easy-to-use 6.5-inch infotainment screen. There are plenty of other details that take you back in time, but their execution is to the highest of modern BMW standards. We simply loved the exquisitely crafted toggle switches on the centre console and rear doors, and the fighter jet thrust lever-like handbrake.

We also liked the back support from the smartly finished front seats, but found them lacking in thigh support. And why is there no electric adjustment for the front seats? Rear-seat passengers don’t have it all that nice either. There are no dedicated rear AC vents, the seats offer insufficient thigh support and the flat backrest is not very supportive. Legroom is decent, but the restricted width and high centre tunnel make the rear bench best suited to two occupants. Simply said, for a car of this price, you’d expect a more spacious cabin, but viewed in isolation, the interior is roomy by typical hatchback standards. To add to the versatility, the rear seats can fold and split 40:20:40 to free up more space to supplement the already-large 350-litre boot.

But Minis are more about fun than practicality, so how does the Countryman score here? Quite well, actually. India gets only the more powerful Countryman S model that features a 1.6-litre direct-injection petrol engine with a twin-scroll turbocharger. The motor produces 181bhp at 5500rpm, all of which is routed to the front wheels; there’s no all-wheel drive for India. Peak torque is 24.5kgm, delivered between 1600 and 5500rpm, and the turbo’s ‘overboost’ feature momentarily bumps this figure to 26.5kgm (from 1700-4500rpm) under hard acceleration. The result is a motor that is responsive, has almost no lag, and is happy to rev to its 6500rpm redline. Then there is the quick-shifting six-speed automatic gearbox that, in Sport mode, is ever-willing to grant you a downshift when you need more power.

Benchmarked against other cars of this size, the Countryman even handles quite well. The electric steering may be slightly inconsistent, but body control is fairly good and there is less roll than the tall-ish stance would have you imagine. Yes, the Countryman S is softer sprung than the Cooper S we’ve road-tested elsewhere in this issue, but the ride is still pretty flat at highway speeds. That said, the suspension does have a firm edge, and the low-profile tyres mean the car constantly thumps over our potholed roads. Also, the wheels tend to follow imperfections in the road surface, and call for a firm hand on the steering at all times. However, a fairly tight turning circle, light-enough steering and good visibility do make the Countryman really easy to live within the city.

But at Rs 35.9 lakh, the Countryman is exorbitantly priced. Sure, it looks unique, is reasonably good to drive and comes with a rich cabin, but in terms of space and comfort, it can’t really compete with similarly priced models from BMW, Mercedes-Benz and Audi. The Countryman then, despite its practicality on paper, is for the few Indian buyers who want their car to stand out from the crowd and are willing to pay the price for it. As it stands, the Countryman has its work cut out for it.