Mercedes’ most affordable AMG model for India comes in the form of the swoopy CLA 45, packing one of the wildest four-cylinder engines around. 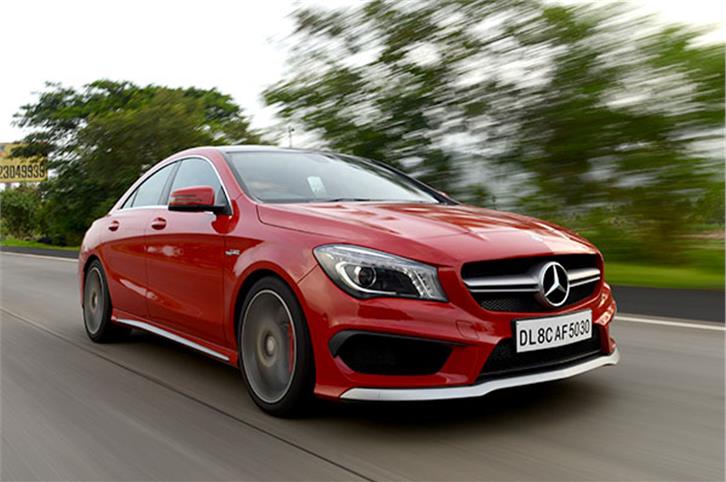 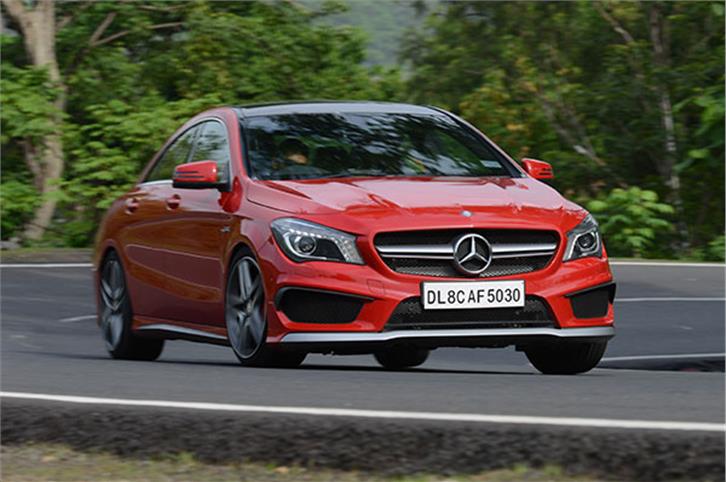 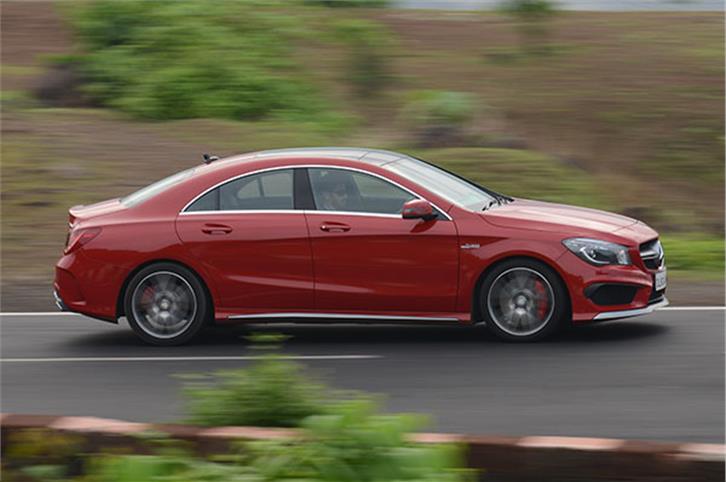 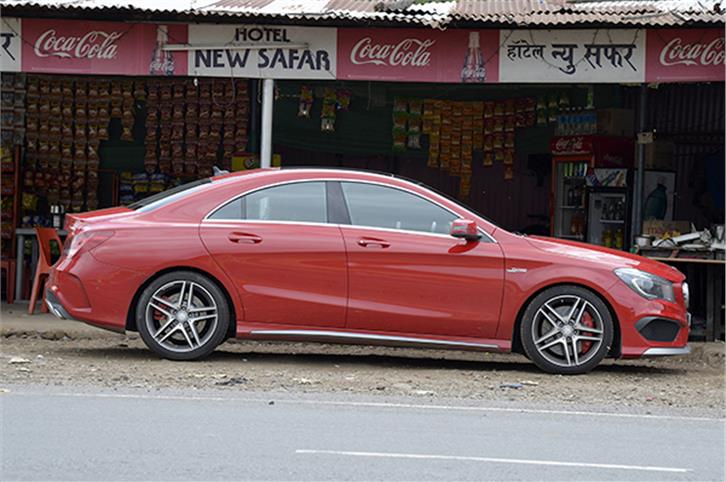 Make : Mercedes-Benz
Model : CLA-Class
What is it?
A number of things. It’s the fifth AMG car to have been launched in India in the last 12 months, it’s the most affordable AMG you can buy here, and it’s also our introduction to the CLA-class – the compact sedan Mercedes will bring to India later on to rival the Audi A3. But while the ‘conventional’ CLA-class will be powered by petrol and diesel engines similar to the ones you get in the A-class and B-class, the engine under this car’s hood is a little bit special.
While every other current AMG car is powered by either a V8 or a V12 engine, the CLA 45 AMG sedan gets a 2.0-litre, four-cylinder motor. Now while that might sound like something you’d find in your run-of-the-mill executive sedan, it features direct injection and a twin-scroll turbo, which helps give it 355bhp and the title of most powerful production four-cylinder engine in the world. The ‘45’ in its name represents the 45.9kgm of torque it produces, which is something you’d only have seen in full-on sportscars not very long ago.
As for the car itself, the CLA is the sedan – or four-door coupé in Mercedes parlance – version of the A-class, and the family connection is plain to see. Viewed head on, you’d have to focus pretty hard to realise the headlights are a bit different from the hatchback. In profile, however, we’ll go along with Mercedes’ contradictory body-style definition, because although it has four frameless doors, the arced roofline does make it look like a coupé. It looks fabulous. Add to that the elegantly tapered boot with its subtle lid spoiler, and the CLA really does look like a shrunken CLS. Finally, this being the AMG version, there are a lot of ‘go-faster’ add-ons, like a meaty diffuser under the rear bumper, big 18-inch alloy wheels and large air intakes in the front bumper.
The dashboard will be familiar if you’ve ever been in an A-class, and that includes the beautiful rotary air vents, fantastic build and material quality, and the tablet-like screen for the COMAND system. There’s an Alcantara-trimmed AMG steering wheel that feels great in your hands, plenty of red stitching all over the cabin, and red seatbelts too. The gear selector, as with most AMGs, is a stubby lever on the centre console, rather than Mercedes’ usual steering-column stalk.
The front seats are pure sportscar stuff – electrically adjustable and heated Recaros that are very snug and just a tad too firmly cushioned. They look great, though and really make you feel like you’re in a proper performance car. The rear seat is quite similar to that of an A-class, albeit with a fair bit more legroom, and headroom is just about adequate for a sedan this small.