Another Maser that delivers effortless performance

This is the Maserati Four Door. Doesn’t sound as exciting as ‘Quattroporrrrte’, does it? The name tells me a lot about the car – it tells me that the Italians are capable of injecting soul into something even as mundane as a saloon. This car is anything but mundane, and that’s exactly what I discover on my day out with Maserati’s bombshell.

The Quattroporte’s long nose and narrow eyes give it a watchful, wary look while in a throwback to the first-generation car, the oval grille pouts petulantly. Taking centre-stage is the beautiful Trident of Neptune, above which the taut hood rises magnificently towards the windshield.

The wider, more pronounced haunches give the GT S an athletic stance while the three stylised vents behind the front wheel arches add a sporty touch. The four exhausts poking out of the bottom remind you that there’s a lot going on under the skin here.

There is generous use of Alcantara on the inside. Sadly, the Awards Edition’s plain plastic finish for the centre console, air vents and other parts of the cabin is disappointing; the normal GT S, in comparison, gets a smart carbon-fibre finish. The layout of the controls and switches and the plain air vents are a few areas that give an indication of the age of the Quattroporte’s design.

Other than that, there’s ample space and the fully powered seats offer good support. The rear seat proved to be astonishingly good too, with great kneeroom and support. The Awards Edition comes with electric controls for recline and under-thigh adjustments to make things more comfortable. Headroom can get a bit tight for taller passengers, but you won’t care once you get behind the wheel.

So the full name is a mouthful – Maserati Quattroporte Sport GT S Awards Edition – but the real introduction to the stunner comes when you twist the key and bring the Maranello-made 4.7-litre 90deg V8 to action. With a sudden, grin-inducing burst of revs and V8 thunder, the 440bhp creature springs to life.

I eagerly eased into the busy streets of Modena, expecting drama. But instead of snarling and spitting in the slow traffic, the car felt like a big cat out for a languid stroll. Unlike the screamers from Ferrari, Maserati motors are engineered to deliver accessible power. The gearbox helped too; changes were pleasantly slurred, barely perceptible.

However, bumps and light ruts on the road did relay a few ripples to the cabin. While Maserati offers adjustable suspension on other Quattroportes, the GT S gets non-adjustable suspension that’s tuned to deliver divine dynamics rather than a cushy ride. The result isn’t uncomfortably stiff or harsh, but it’s not quite luxury-car soft either.

But then, this is no ordinary luxury car, as the GT S amply proved once we got outside city limits. The engine rumbled pleasantly, shrugging self-effacingly as it covered ground faster. And once I hit the ‘Sport’ button, a small flap in the exhaust flipped open making even the highway cruise a spine-tingling experience.

My next target was Serramazzoni, a small town on top of the nearby hills. The V8 bounded from 2000rpm to the redline in one clean sweep, sending the big saloon leaping ahead with stern determination. ‘Sport’ mode unlocked more revs, letting the engine scream to 7200rpm.

The Quattroporte is fast, thrilling and relentless, but without the neck-snapping, sportscar rawness. But two tonnes of steel, Alcantara and four seats do weigh the car down a bit. However, this Maserati doesn’t discomfit the occupants with the noise, vibration and harshness of a sportscar either. The feisty engine has a good friend in the slick ZF six-speed gearbox. The result is a company-claimed 0-100kph time of 5.1 seconds and a top whack of 285kph. The gearbox blips the throttle when shifting down and even shifts down when you brake for a corner. The gearbox won’t shift down gears either unless it senses that the engine will stall.

Spend some time charging around corners and you’ll forget that there’s another row of seats and a big boot behind you. At the first tight, uphill hairpin, without really knowing what to expect from this five-metre-long luxury barge, I chucked it in. VROOM, VROOOOOM, the engine downshifted quickly.

The GT S’ stiffer suspension and lower ride height will only let the big saloon roll so much. The 49:51 front-to-rear weight distribution along with the front mid-engine layout give the Quattroporte remarkable balance even on the limit. Nail the throttle just before the apex and the rear will come sliding out. But before you know it, the Maserati Stability Programme will cut in and bring things back in line.

The linear steering is quite direct but you can’t help but wish for more weight and feedback to match its stellar dynamics. With 360mm discs in the front and 330mm discs in the rear, braking hard in the GT S is like dropping anchor, although the pedal feel is mushy.

A day spent charging up and down the Emilia Romagna region in the Quattroporte showed why it has become the best-selling Maserati ever. A few foibles aside, this is a car that’s game for spirited driving. The back seat is truly welcoming too, although it is let down by the slightly stiff low speed ride on the Awards Edition we drove — the adjustable suspension on other models will make backseat comfort better still.

The Quattroporte range in India starts at a pricey Rs 1.2 crore, but the way it combines effortless performance with backseat luxury in an elegant package makes it seem well worth it. 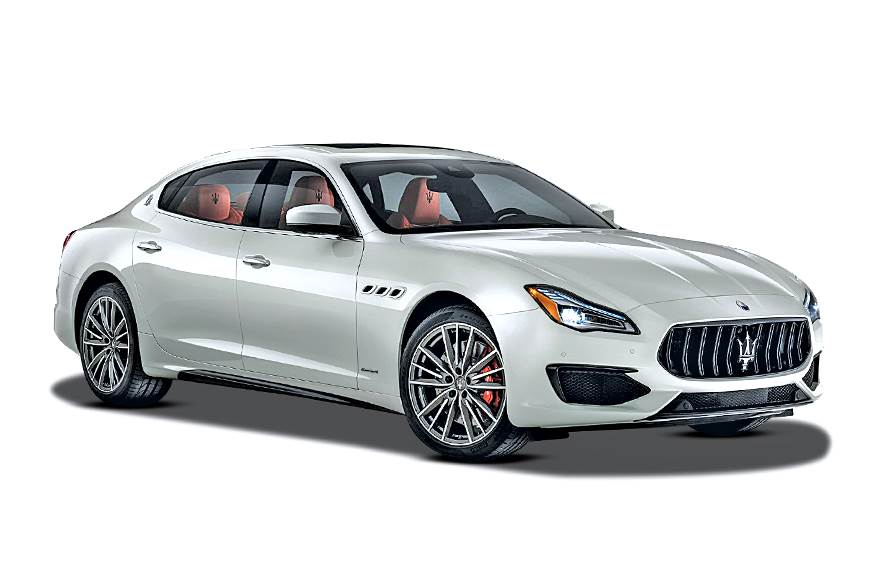 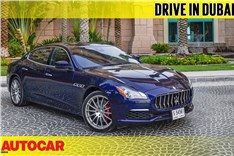