Can this rebranded TUV300 capitalize on the Bolero’s deep-rooted brand equity? 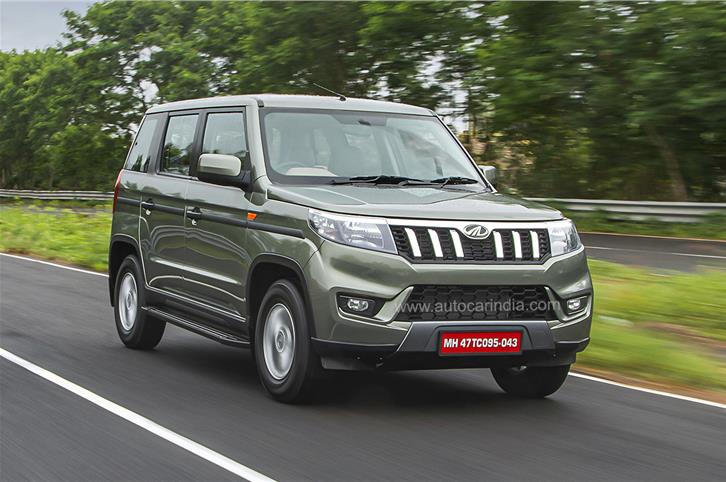 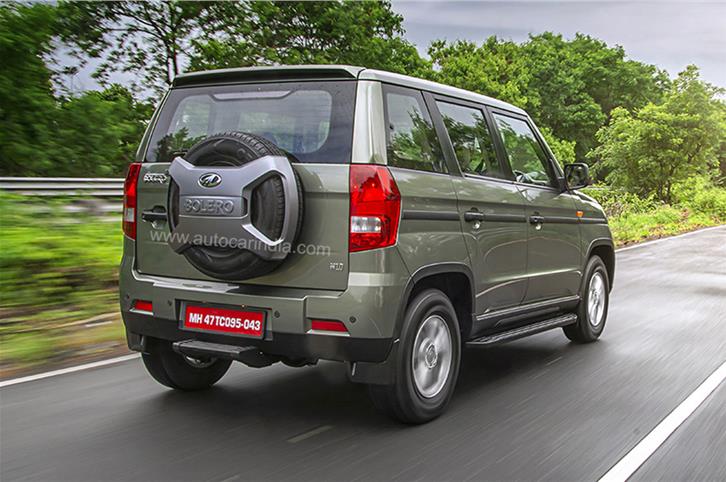 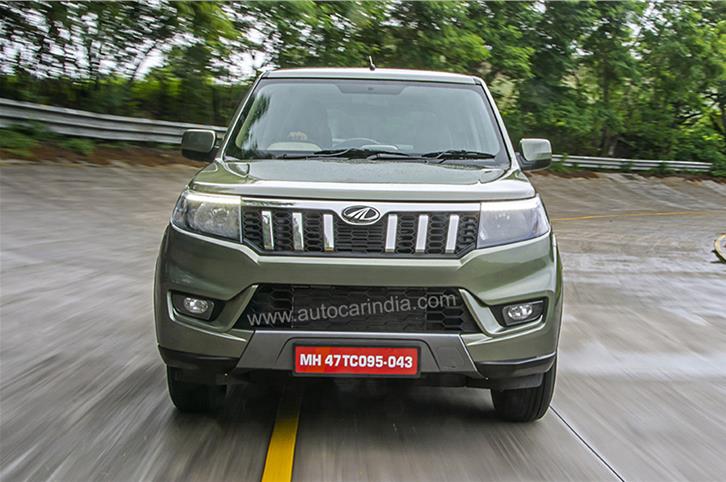 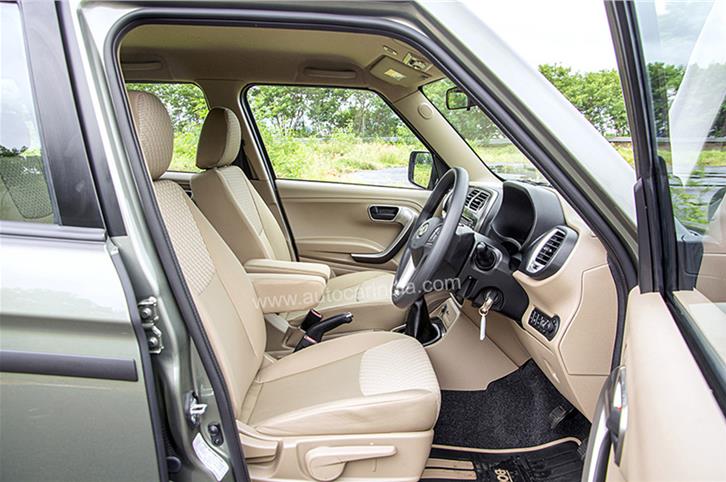 We’ve mentioned time and again that the erstwhile Mahindra TUV300 was a credible, more modern alternative to the venerable Mahindra Bolero. And now, after going off the shelves for over a year post-BS6, the TUV300 is back, however, this time around it has been launched as the Mahindra Bolero Neo.

Why the rebranding exercise, you ask? The answer is simple – the trusted Bolero has proven its mettle over nearly two decades of its existence, and this rugged workhorse still keeps Mahindra’s sales charts lit up particularly due to the sheer brand equity it enjoys deep within the hinterland. Mahindra wants to capitalize on Bolero brand’s success and now turn the Bolero Neo into its next sale hero.

But don’t think for even a minute that this is the only reason for the name change. The TUV has always made a good case for wearing the Bolero badge and while we’ve said this before, you’ll see it in this review and if you get behind the wheel of one too.

The Bolero Neo carries forward the TUV300’s boxy styling however the changes for 2021 aren’t merely skin-deep. The entire body shell has been lowered further onto the ladder-frame chassis in order to lower the overall ride height by 20mm, and the bonnet sits 40mm lower than before. While a quick comparison of the TUV300 and Bolero Neo’s spec sheet appears identical on paper, in person, the Bolero Neo appears a lot squatter, with a noticeably smaller gap in its wheel arches. Mahindra claims that there’s no change to its ground clearance either.

Its overall ride height has been lowered by 20mm, and looks a lot squatter now.

The design though is perhaps the only area where the Neo and the Bolero have a disconnect. While the Bolero comes off as rugged and upright, the Neo looks more stylish and sleeker. Mahindra have thus added certain elements like the toothy front grille, some sloping cuts on the front bumper and the round fog lamps to give it some resemblance to the Bolero. An unmistakable Bolero design element is the black shoulder cladding which runs the length of the Bolero Neo, apparently termed “cattle pushers” by some Bolero owners. This black cladding also helps break the visual height of the Neo, and its side profile with the blacked-out B- and C-pillars, smaller wheel arch gaps and a better overall stance, is more palatable now. The 15-inch wheel design is different, although these look a touch too small compared to its body height. At the rear, the tail lamps have regained the red tint, (these were made clear-lens in the 2019 TUV300 facelift), and it retains the roof spoiler as well as the unpainted rear parking sensors. The X-shaped spare wheel cover is also carried over but it now proudly flaunts a Bolero badge. 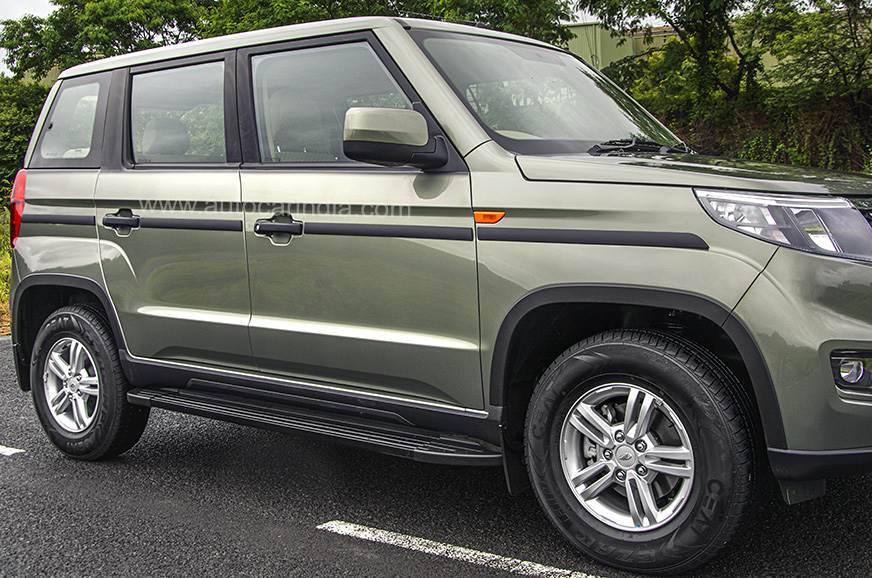 Known as "cattle pushers", the black strip is a typical Bolero design trait.

Thankfully, they’re not. What’s immediately noticeable is that entry into the cabin due to the lowered ride height is a bit easier, and once in, you’ll notice that the Bolero Neo carries forward the cabin design and layout as the TUV300. And while it is utilitarian in terms of its design and the materials used, it still feels like a far-cry compared to the crude cabin of the standard Bolero. Unlike its exteriors there are no design traits on the inside that resembles the Bolero, which isn’t a bad thing. 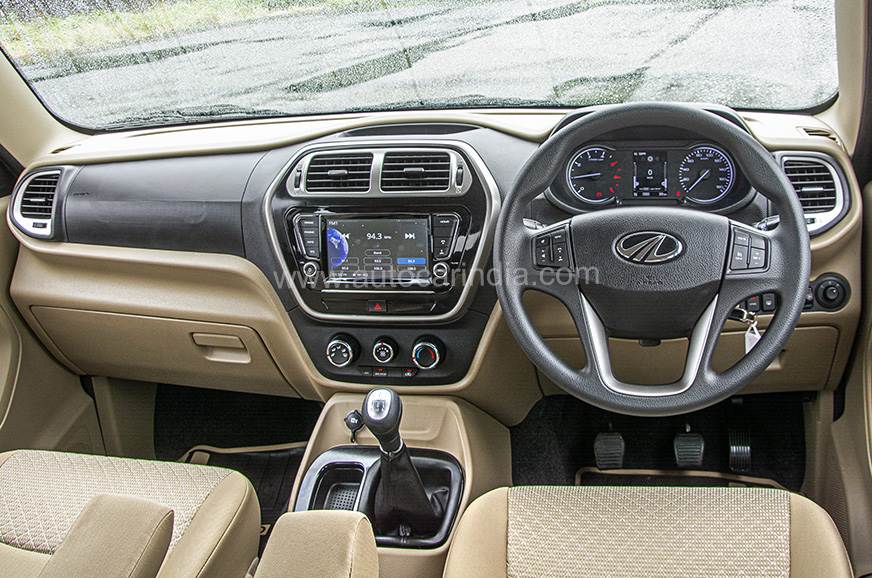 The neatly designed dashboard continues to sport a beige and black dual-tone theme and houses a 7-inch touchscreen. The seats wear a new fabric material compared to the 2019 facelift, which donned quilted leatherette upholstery, and the only prominent omission in its equipment list is a reversing camera, which the 2019 car came with. These aside, the Neo still gets chair-like front seats with long seat squabs and individual armrests. You will appreciate its commanding seating position and the bright and airy cabin. The rear bench too is flat and will easily take in three occupants abreast, however, the seat cushioning is firmer than the standard Bolero, but its recline angle is similar and there’s even a centre armrest for comfort; the latter being much sturdier than the Bolero’s unit. Knee and legroom aren’t as generous as the headroom on offer, and that’s deliberately done to accommodate side facing jump seats in the rear. 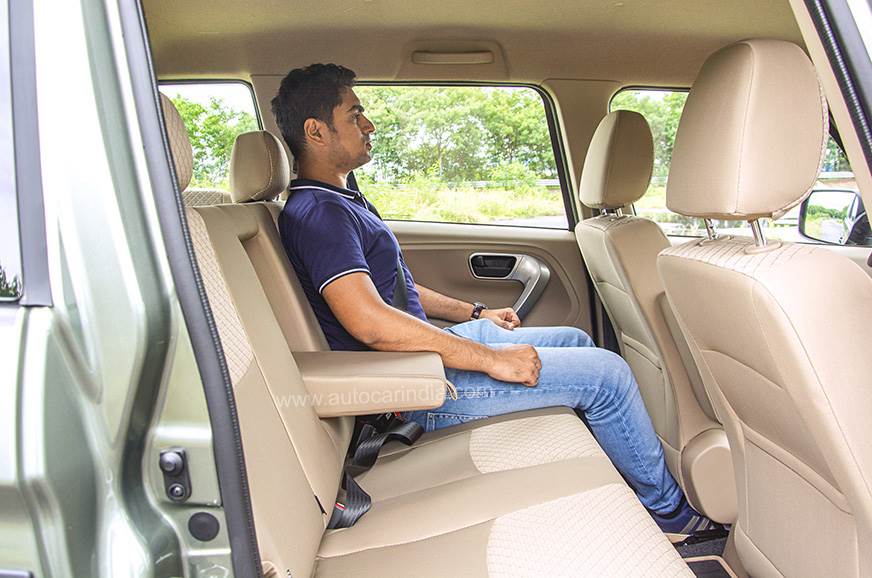 Second row's cushioning is on the firm side, though the seat itself can easily accomodate three passengers.

And coming to the jump seats, average-sized adults will find limited shoulder room here, and headroom too is at a premium. Two occupants sitting opposite each other here will have to sit off-centre and stagger their feet and knees, due to the lack of space. There are butterfly windows for ventilation, and a seat pocket to stow away items like a phone. There aren’t any seat belts to hold the occupants in place, and in case of a collision, this isn’t the place or the position in which to be seated; so these are best left folded and the area exploited to haul 384-litres of cargo. 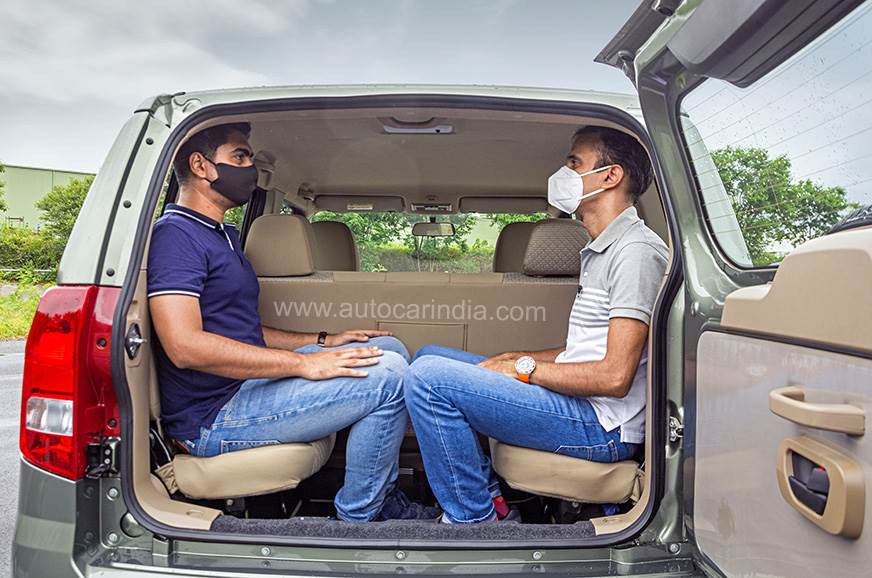 Room for adults in the jump seats is tight. The seats are best left folded, to haul 384-liters of cargo.

What equipment does the Bolero Neo offer?

N10 variant (top-spec) features kit like ABS with EBD and corner braking control, dual airbags, 7-inch touchscreen, remote-key entry, electric mirror adjustment, parking sensors, rear wiper and washer and cruise control, as the prominent features. To follow later will be the N10 (O) variant which will also geta mechanical locking differential (more on that in a bit), which makes the Bolero Neo a lot more capable over treacherous terrain. 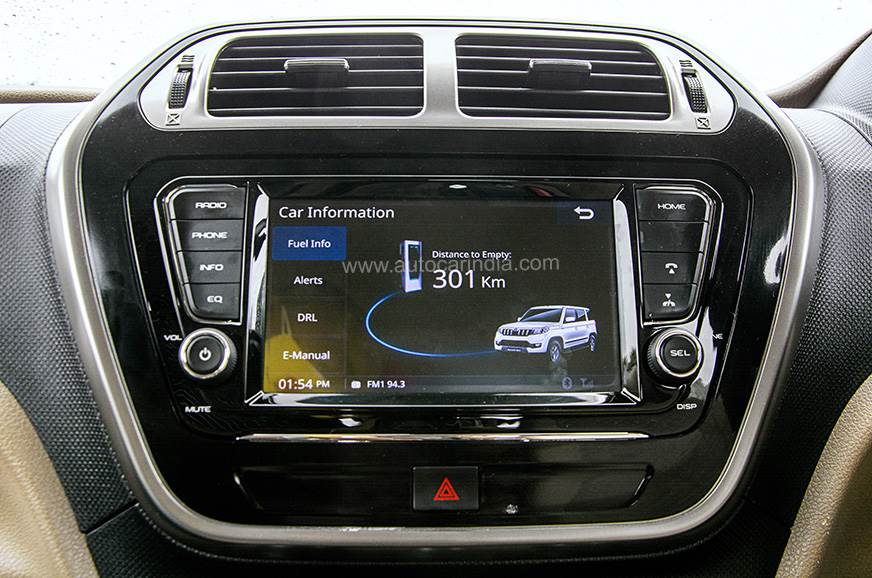 Gets a touchscreen however Mahindra has deleted a reversing camera.

Even the top-spec misses several important features that we’ve come to associate in modern cars like automatic climate control, electric folding mirrors, auto dimming inside mirror, projector headlamps, Android Auto and Apple CarPlay, although these might not be the ones which would attract its target audience. One key feature that shouldn’t have been omitted is a reversing camera, which was available in the 2019 TUV300.

How does the Bolero Neo drive?

Sitting beneath its bonnet is a 1.5-litre 3-cylinder diesel engine, shared with the Bolero, but in a higher 100hp state of tune; the regular Bolero makes 75hp. What’s new is its electronically controlled variable geometry turbocharger, and as a result, max torque has been bumped up to 260Nm, a 20Nm gain over the TUV300 which also had the same engine. The max torque band – compared to the TUV’s 1,200rpm band – spreads just over 500rpm, from 1,750-2,250rpm. So, does that affect driveability? Absolutely not! 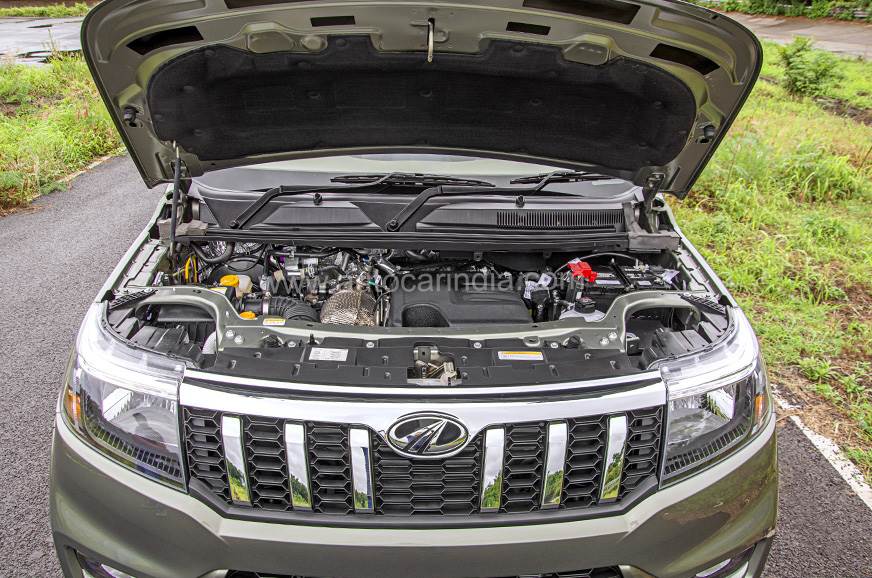 1.5-liter engine makes 20Nm more torque than before thanks to the new eVGT

This engine is certainly one of the nicest three-cylinder diesel units out there which feels smooth, refined and almost vibe-free. Its performance is concentrated in the lower end and coupled with short gear ratios, it feels quite responsive to tap. Power delivery is linear, and it’ll easily pull from idling RPMs without much effort, and you can amble around in higher gears at lower revs, so long as you aren’t driving in a hurry. You’ll seldom rev this motor beyond 3,500rpm, as there is not much to be had in terms of power. Should you take it up to its max which is about 4,500rpm, it doesn’t sound coarse or crude. This 1.5-litre remains in its comfort zone up to 100kph, beyond which it runs out of breath. Those who often travel with a full load of passengers on expressways or hills will be left wanting for stronger pulling power. Its five-speed manual gearbox is smooth even though the throws are a bit long, and its light clutch makes driving a breeze. Although not available at launch, an automatic option could be introduced in the future.

The Bolero Neo begins to shine when the going gets tough. Now unfortunately Mahindra only let the media drive the cars at their Pune test track but they did have a small rough road patch prepared. Over this track the Neo pummeled through without batting an eyelid, even the sight of which could make other SUVs wince. It uses Mahindra’s 3rd generation body-on-frame construction and its tough-as-nails suspension components are built to take a beating. What also makes the Neo feel at ease over hostile road conditions is the new mechanical locking differential (MLD). 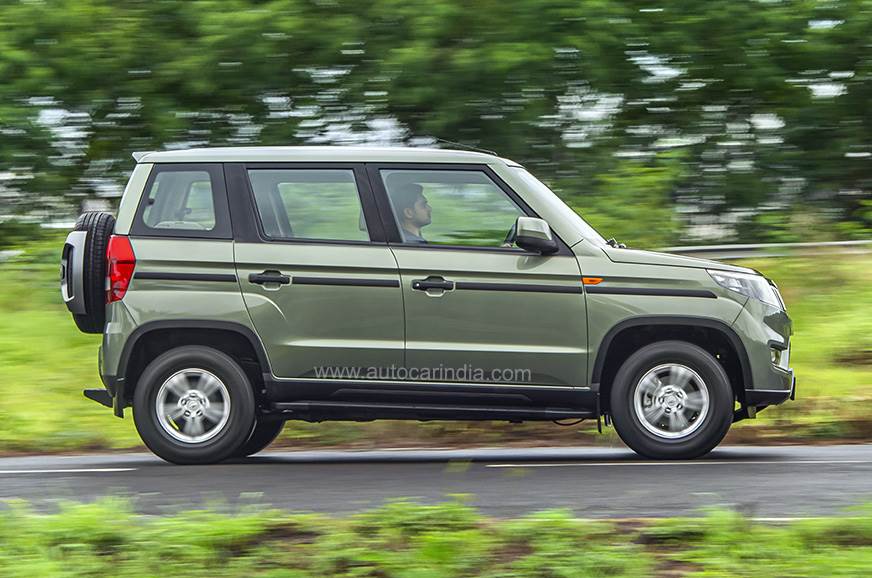 While body roll is still present, it is much less than in the TUV300.

The MLD comes into play in low traction or sticky situations, when it detects one of its rear wheels spinning faster than the other (100rpm differential speed difference between the two wheels), thus locking the wheels and as a result transferring power to the wheel with more traction, enhancing the Neo’s overall road grip at low and crawling speeds. As capable as this system is, the MLD’s metallic clanging sound, as it locks the spinning wheel, could catch drivers by surprise, at least initially. While this Eaton MLD has always been available as an add-on for the TUV300 and Scorpio, it is now offered as standard on the N10 (O) variant. 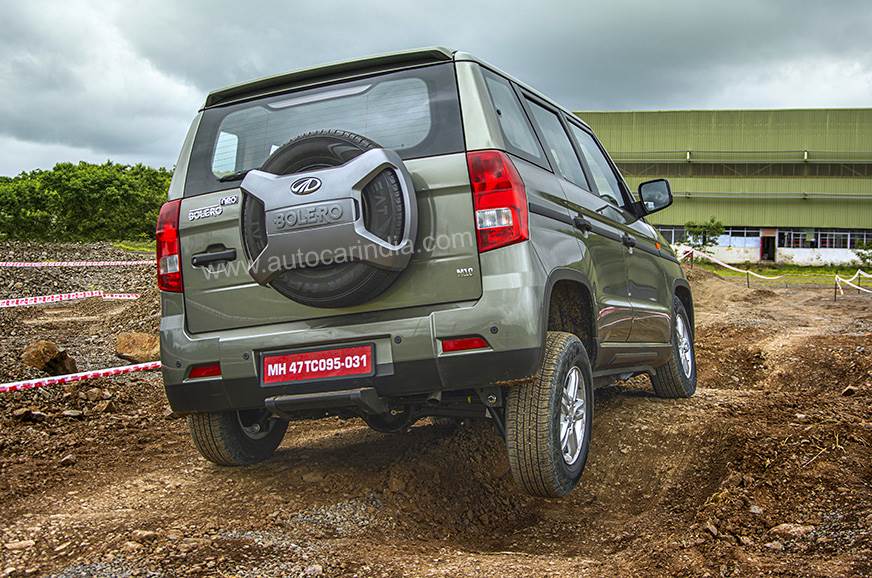 Over the few corners at Mahindra’s test track, it was quite apparent that while body roll is still present, it is lesser than before as a result of a lower centre of gravity, and a reworked suspension.

Truth be told, the Mahindra Bolero Neo’s body-on-frame construction, seven-seating capacity and its rear-wheel drive layout places it in a segment of its own, much different from the sophisticated compact SUVs on sale and so it isn’t likely to appeal to the average, urban family car buyer. Who it makes an extremely compelling case for, is buyers seeking a tough-as-nails, go-anywhere vehicle with a touch of modernity. 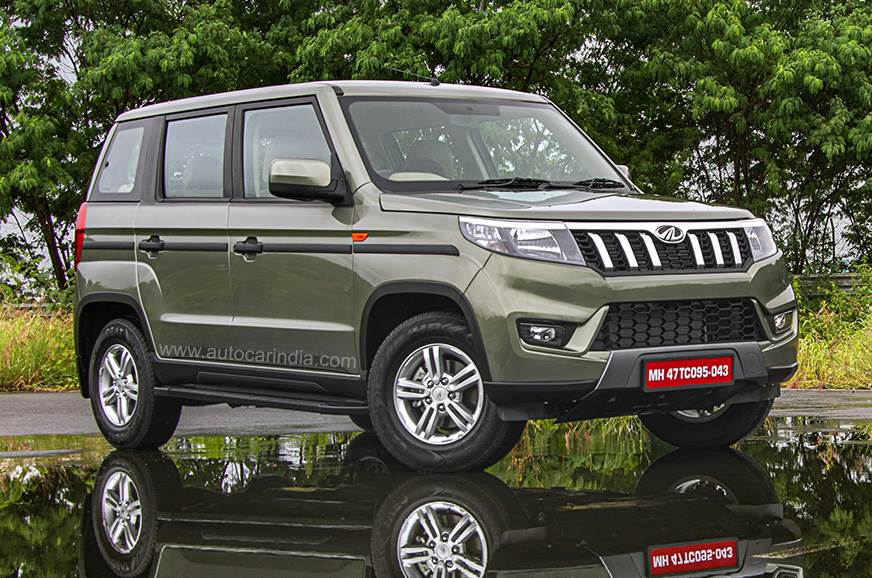 Yes, its styling may not scream ruggedness like the old cars does, but underneath it certainly is, plus the optional mechanical locking differential (MLD) further enhances its go-anywhere ability by infusing a higher degree of confidence while traversing treacherous terrains. There’s also far better overall refinement and a host of modern features all which certainly build a strong case for the Bolero Neo. And then there’s the pricing, while the MLD equipped version is yet to be launched, the Neo’s asking price ranges from Rs 8.48 to 9.99 lakh, almost at par with the Bolero’s Rs 8.63-9.61 lakh price range, thus making for a far superior value offering.

This is the best iteration of the TUV till date, and one that certainly deserves to wear the Bolero badge. The only question that now remains is whether its target audience thinks so too. 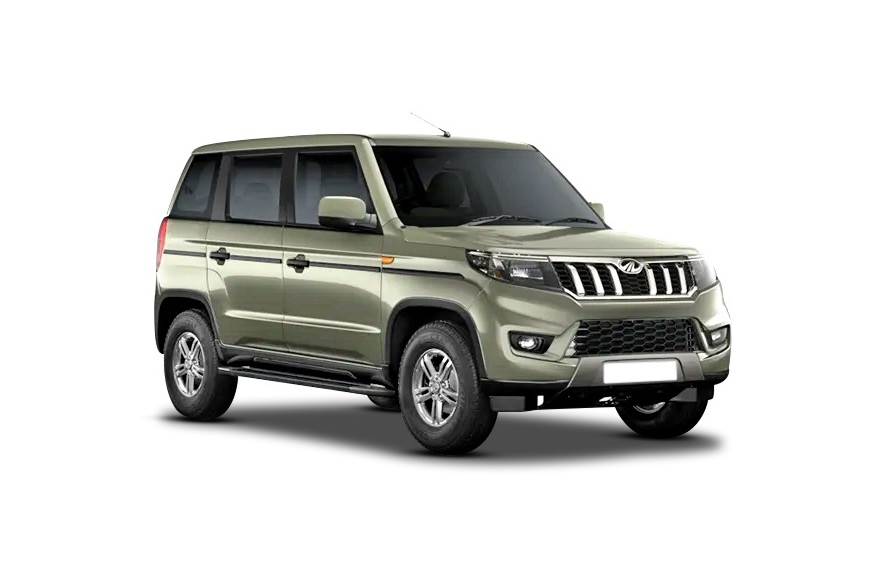 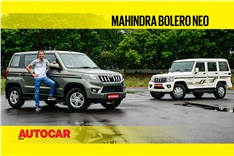