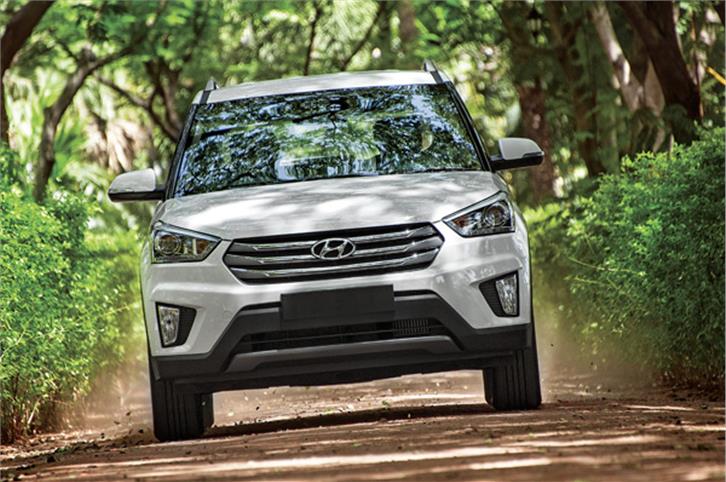 Hyundai's much-anticipated mid-size SUV is here. Here's a brief impression from behind the wheel.

Hyundai has just launched the Creta SUV in India. It enters a popular and hotly contested segment currently dominated by the likes of the Duster and EcoSport, and with a with three engine and two gearbox options and several variants spread across a Rs 5 lakh-rupee range, there's plenty of choice too. However, unlike true sub-four-metre compact SUVs like the Ford EcoSport, the 4.3m long Hyundai looks and feels half a size bigger. It has a long bonnet with an upright SUV stance, a rising shoulder line and a tapering glasshouse accentuated by a 'floating' roof. The full-sized look also works well with the big front bumper and the upright grille. It's attractively proportioned around the back too. The lower half of the car is wider, so it looks well planted, and the simple but attractive tail-lights look neat.

On the inside, dashboard is attractive and not over-styled. The centre console is blended neatly into the surface of the dash and to make the insides more attractive, Hyundai has used a lot of beige, and even some nice brushed silver accents. The chunky grab handles on the doors are a nice SUV-like touch, and the leather-covered door pads on this fully-loaded car just add a touch of class. On top-spec Cretas, at the centre sits a seven-inch, sat-nav-equipped touchscreen, while lower down, there are the climate control knobs similar to those on the i20. It's also a rather practical cabin, with loads of cup and bottle holders, small nooks for your phone and other knick-knacks and even a nice covered bin between the front seats. The 405-litre boot is not class leading when it comes to volume, but at least it is flat, well shaped and the full-size spare doesn't intrude into the loading area.

The long 2,590mm wheelbase gives it an advantage, especially as far as packaging is concerned. This translates to good room inside and legroom and headroom are quite impressive as well. The front seats offer good support while rear seat passengers will love the space and comfort on offer, with an almost flat floor aiding a middle seat occupant. The seats themselves are quite well contoured but we would have liked more thigh support in the rear. The other issue is that you are seated a bit low down in relation to the front seats, and the high window line just adds to that impression. Overall, your view from the back seats is more akin to what you'll find in a sedan than an SUV.