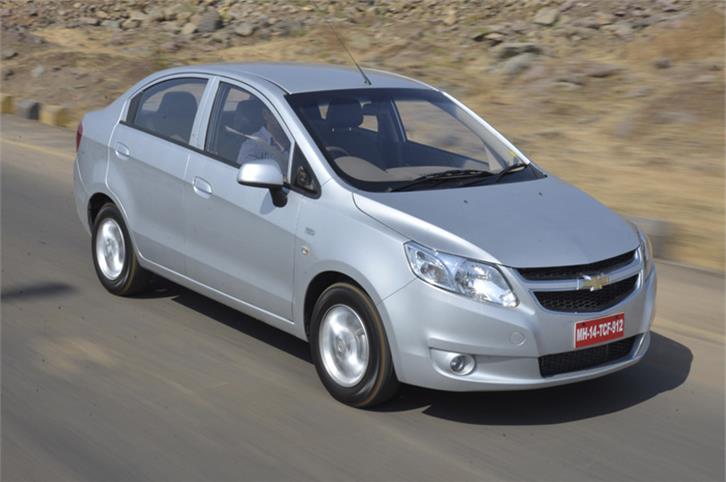 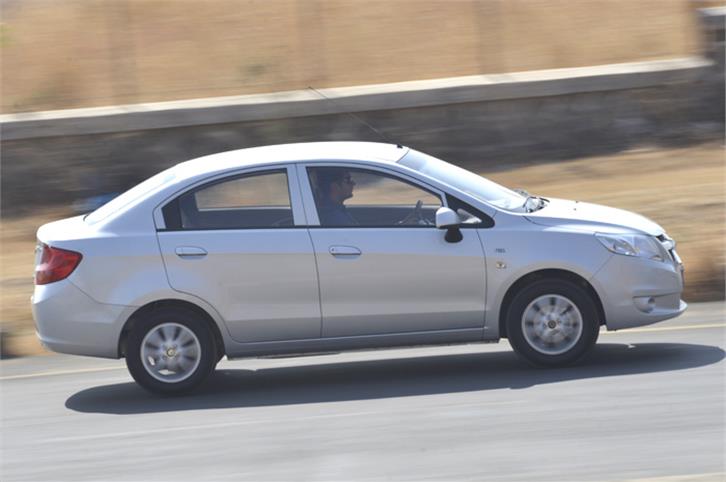 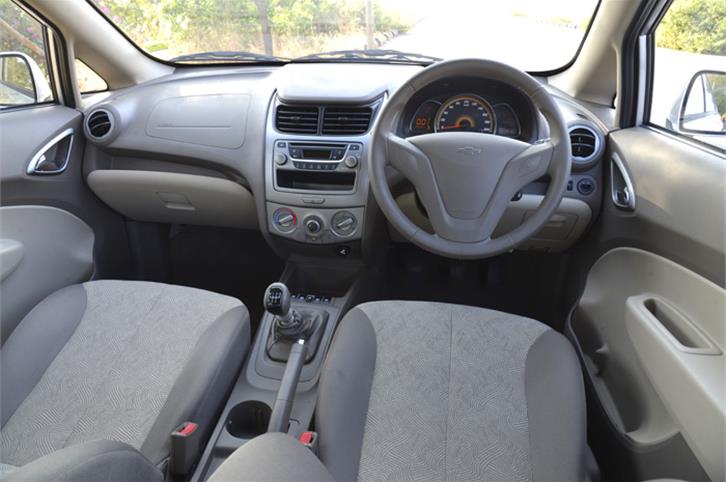 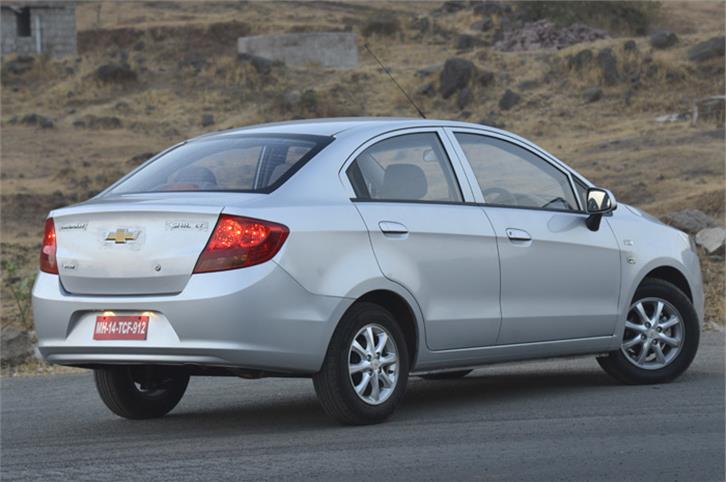 Chevrolet may not have achieved much success with its original mid-size saloon for India, the Aveo, but it could have just the product to change things. The car in question is the all-new Sail, the saloon version of the Sail U-VA hatchback launched some months ago. We drove the car near General Motors’ plant in Talegaon near Pune and came away quite impressed.

As can be seen, the Sail looks identical to its hatchback sibling right up to the B pillar. That means the styling is conservative, though the combination of its split grille, upswept headlamps and rising beltline look pretty neat. But while the Sail U-VA isn’t too attractive from the rear, the Sail saloon manages to look quite smart, with the nicely arced roof flowing smoothly into the neatly integrated boot section. The Sail is a proper saloon in that respect, and doesn’t have the truncated look of the sub-four-metre Maruti Swift Dzire, which will be among its chief competitors. The rear wheels, however, look a tad too small, and the rear overhang is a bit too pronounced. Styling at the rear is neat and simple, with the large triangular tail-lamps helping to distinguish it from the other mid-sizers.
Boot space is pretty impressive, and what helps further is that the loading bay is well shaped and can easily accommodate two large suitcases. Sadly, the loading lip is a tad too high, the sill is slightly narrow and the rear seats don’t flip forward like they do in the hatch.

Access to the Sail’s cabin is really convenient thanks to the wide-opening doors, but once inside, there’s some disappointment. The interiors are unchanged from the U-VA, so what you get is a cabin that lacks the premium look or feel of some other cars in this class. Plastic quality is only decent and the beige tones in the cabin make the Sail look a bit dull on the inside. The dashboard doesn’t look like anything out of the ordinary, although the protruding centre console is smart in its own right. What takes some getting used to are the power window switches, which are awkwardly positioned in front of the gear lever, and the small digital tachometer. The lift-type door locks are a bit old-school too, and you’re also likely to rue the absence of steering-mounted audio controls even on the top LT spec cars. Top variant Sails do get an audio system with Bluetooth audio streaming and telephony, however.
Front seat comfort on the whole is good (though there’s no driver seat height adjustment or dead pedal), and visibility is nice too. Rear seat occupants will like the space on offer. There’s good knee room and headroom is also sufficient for anyone under six feet tall. What’s nice is that Chevrolet has softened the seat back cushion (a complaint on the Sail U-VA) and this has greatly enhanced comfort. As with the U-VA, the Sail comes with its fuel tank under the front seats, and this creates a natural footrest for the rear passengers – whether or not you like it is a matter of taste. This layout has also freed up some storage space under the rear seat, enough for a couple of soft bags. All in all, the Sail scores quite well in terms of space for smaller items, with a total of six bottle-holders (including two in the rear centre armrest) and a large recess just ahead of the gear lever.
Watch video review here