The new Ford Endeavour might look unchanged at first glance, but a closer look reveals the changes are more than just skin deep. 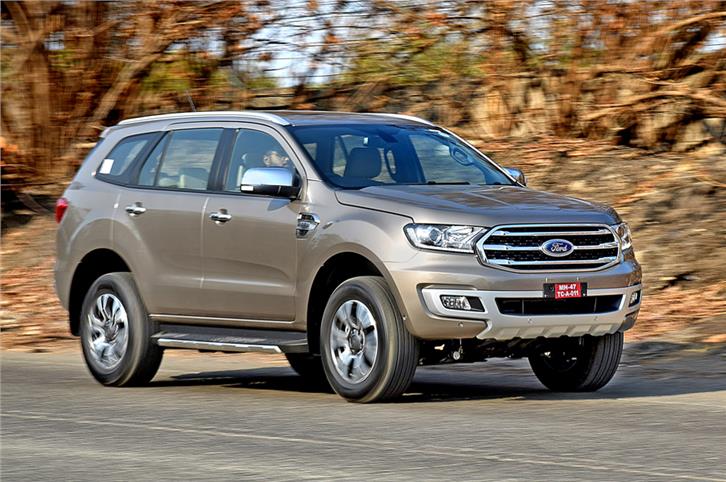 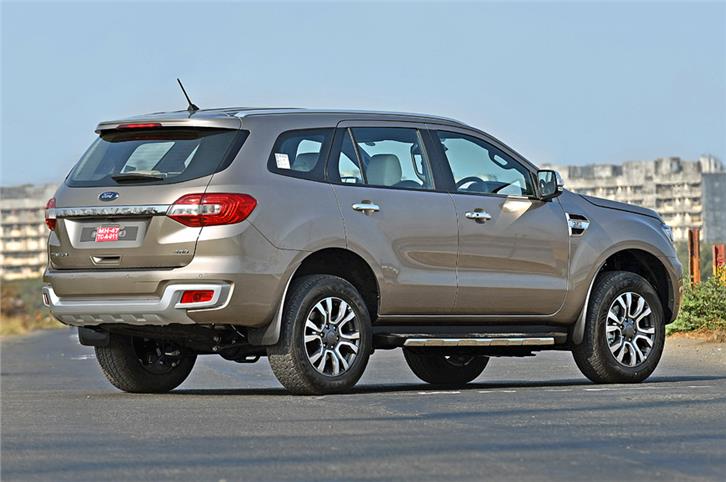 Ford has launched the facelift of the Endeavour and to the untrained eye, the changes are next to none. A second, or maybe even a third look, however, will give away the new updates – a new paint called ‘Diffused Silver’, newly designed grille and headlamp inserts, refreshed bumper with revised fog lamp housings and the biggest changes, of course, are the new diamond-cut alloy wheels. Another addition is the new keyless-entry function on the driver and passenger door handles. There are no changes at the back. 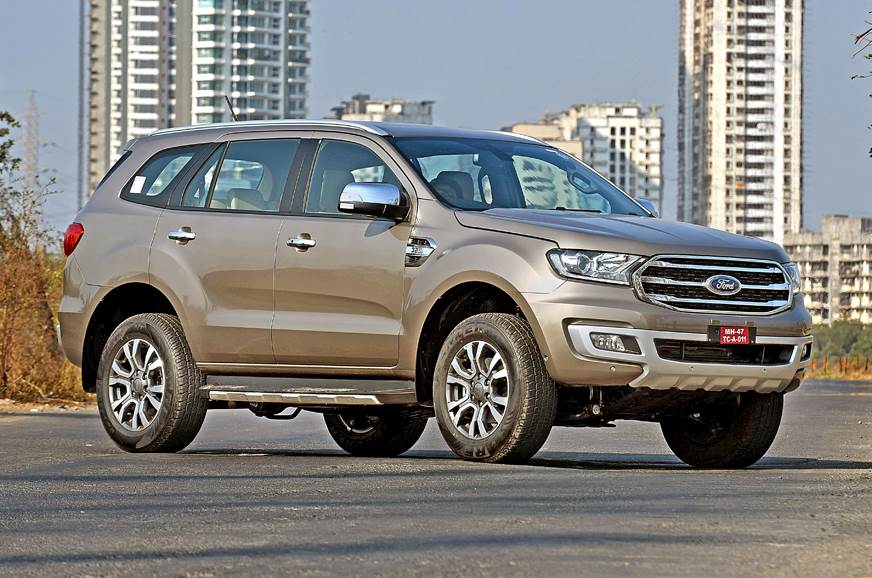 On the inside, the biggest change again, is largely cosmetic. While the older version featured a dual-tone beige and brown interior theme, this new one gets a black and beige dashboard wrapped in leather and double stitching. The dashboard layout, touchscreen and functions are all carried over, but you will notice a newly designed gearknob with metal inserts and a push-button start switch that replaces the ageing key-start. In terms of infotainment, the 8.0-inch touchscreen still features a SYNC3 system that comes with Android Auto and Apple CarPlay. There is also no change to the instrument cluster and gets the same centre-placed odometer, with a digital screens on both sides displaying a bundle of information. Lastly, you now also get puddle lamps on the front doors, which do come in handy when it's dark. 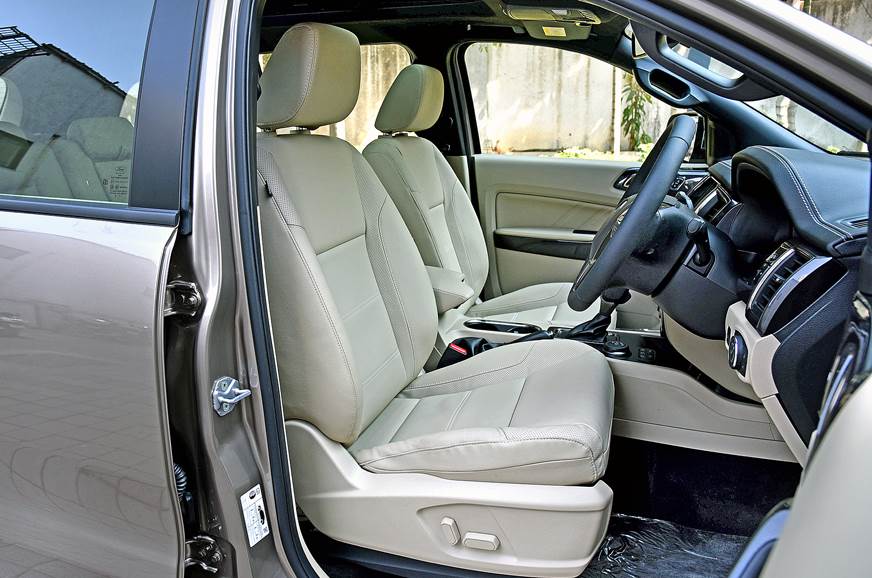 The seats get softer cushioning and are now even more comfortable. Apart from that, there are no changes to the second and third row, which still get the fantastic panoramic sunroof, roof-mounted AC vents and manual adjust for the middle row bench.

The third row, too, can be electrically folded up and down, like before, but a new addition here is access to the boot, which, if your hands are full, can be opened by just sliding your foot under the rear bumper. 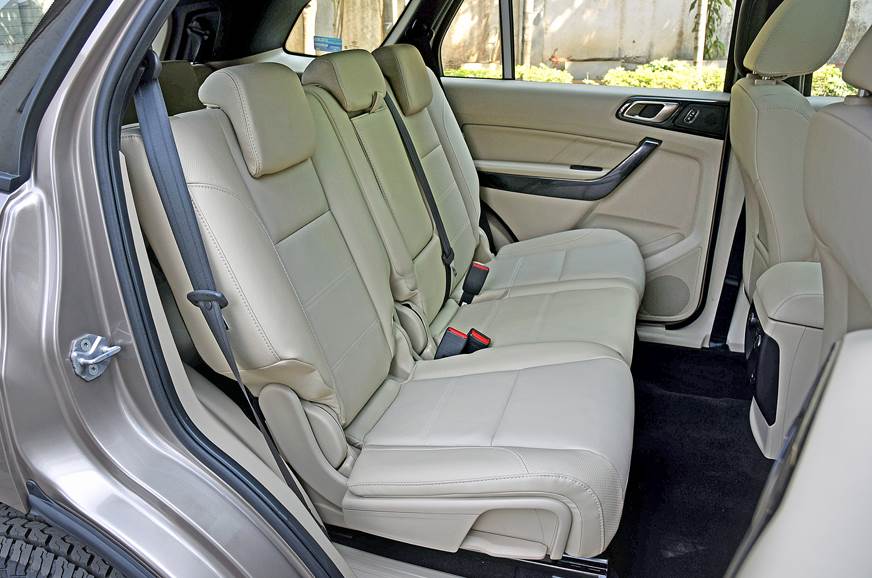 Powering the Endeavour are the same two engine options – a 2.2-litre diesel paired to a 6-speed automatic gearbox and with two-wheel drive, and the bigger 3.2-litre diesel with AWD, which is also mated to a 6-speed automatic. A new addition, however, will be the re-introduction of the 2.2-litre engine with manual gearbox, which was discontinued in the earlier version. We sampled the bigger 3.2-litre version and went in expecting no change. However, on startup you realise that the refinement is slightly better this time round, and there is less of that diesel clatter in comparison to the older car. Now while the active noise cancellation works tremendously well here, the engine too is fairly refined. Get going and the unchanged sluggish gearbox continues to disappoint. As you climb over 2,500rpm, the engine sounds strained and there is a good amount of that big 3.2-litre roar seeping into the cabin. That said, the gearbox does get slightly better and more responsive in Sport mode where it holds the gears longer and downshifts a bit faster. What has also improved is the ride quality. The older version was soft and supple enough, but this one is just a tad bit more. Yes, the soft seats help, but the suspension takes on bumps and potholes marginally better than the older version and offers a comfy, cushioning ride. The steering is light and has a consistent feel to it. 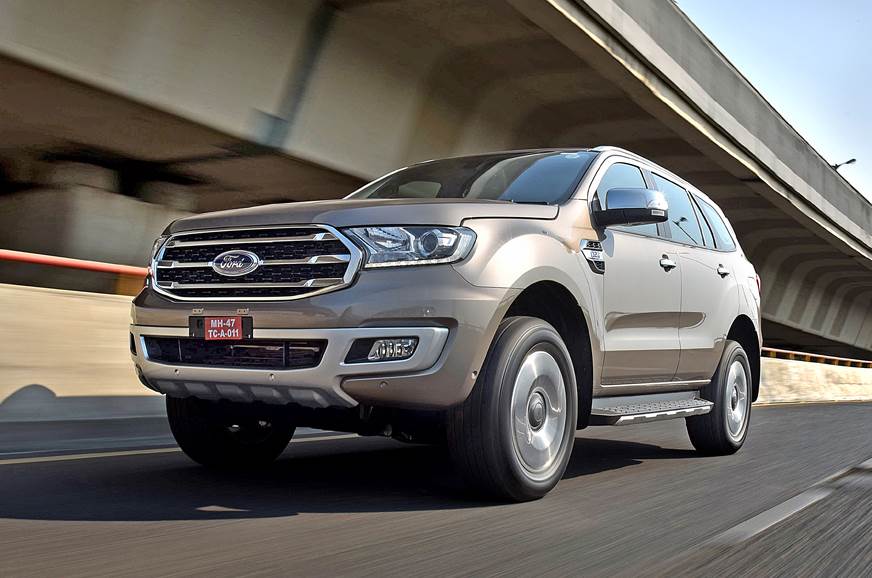 Safety features in the new Endeavour are the same, with seven airbags, ABS with EBD and ESC, hill start\descent assist, parking sensors in the front and back with a rear parking camera, and tyre pressure monitoring system. Other features like automatic park assist, auto headlamps, terrain select, dual-zone automatic climate control, etc., are carried forward. 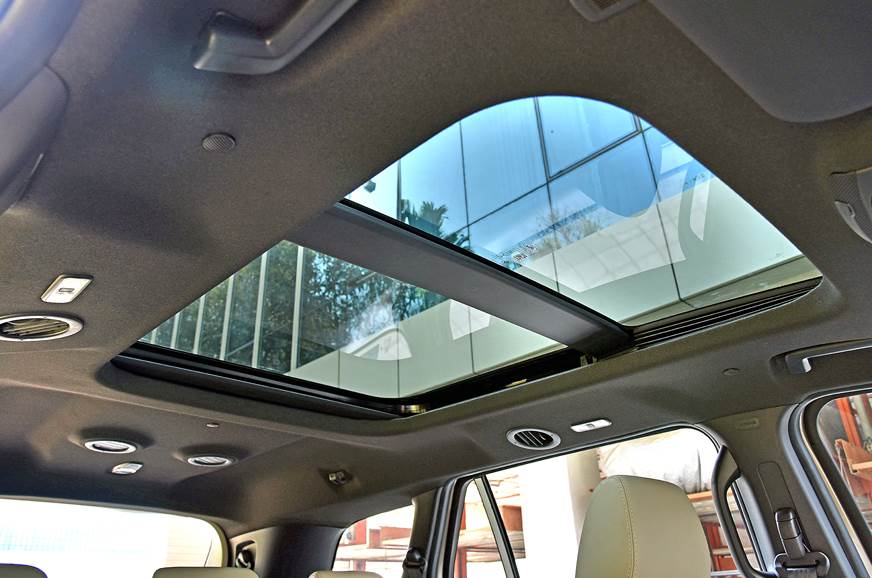 In terms of pricing, the facelifted Endeavour is priced from Rs 28.19-32.97 lakh (ex-showroom, Delhi); the base Trend variant has been discontinued, which is why the starting price is now around Rs 1.36 lakh higher. However, the mid- and top-spec variants are now priced slightly lower than the outgoing model.

With this facelift, Ford might not have brought in major changes, but they have further strengthened what was an already strong and hugely desirable SUV.