We drive the newest sporty SUV from Mercedes-Benz, the AMG-badged GLC 43 Coupe. 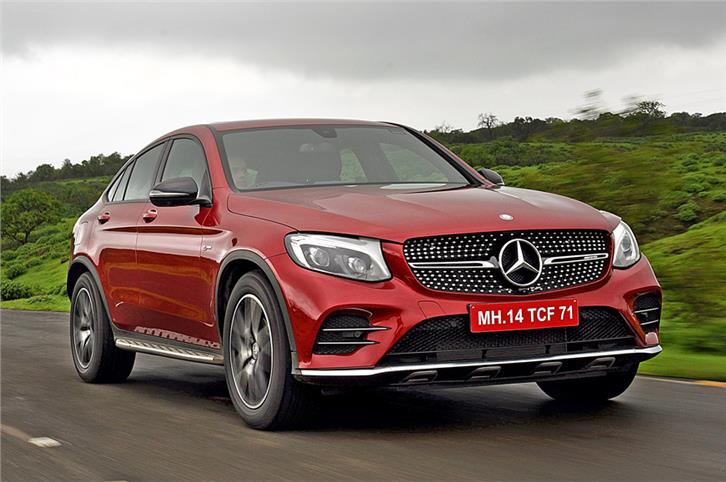 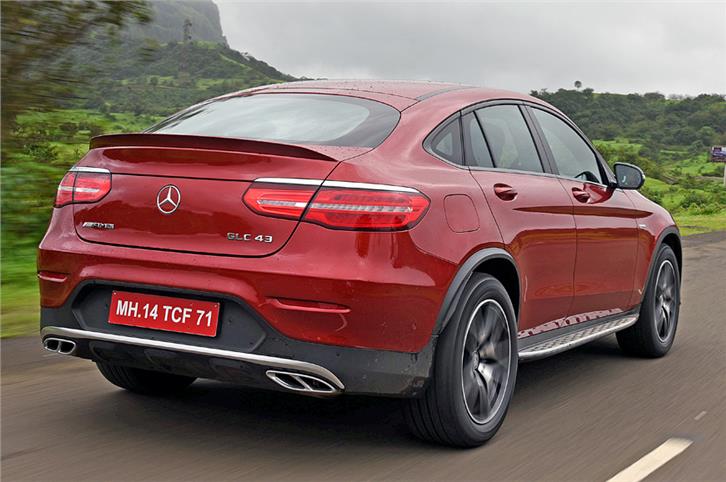 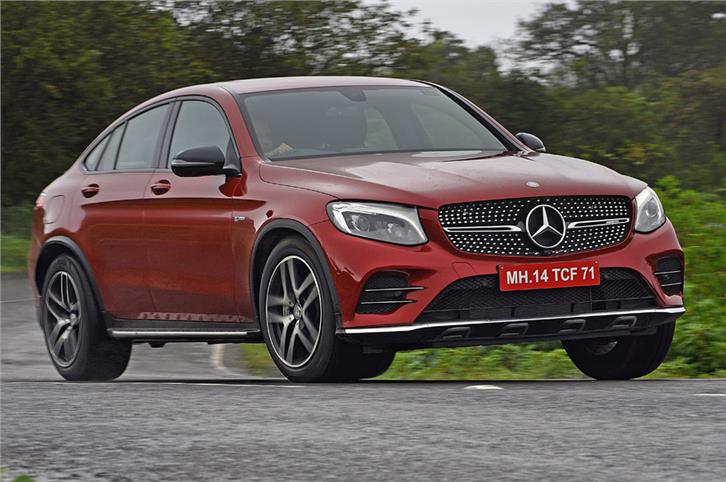 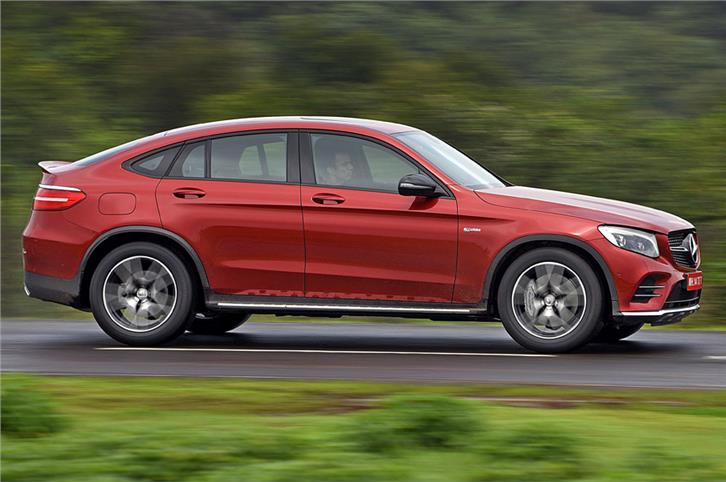 What is it?
Like it or not, SUV-coupés are here to stay, and Mercedes has just brought to our shores its second offering in this niche segment, the GLC Coupe. Unveiled internationally in 2015, the GLC Coupe comes to us in the AMG guise and, like its elder sibling, the GLE Coupe, is available only in the ‘43’ version. This means it gets the AMG-enhanced 3.0-litre petrol V6 engine that’s does duty in the other ’43 series’ AMG cars as well. AMG’s 43 line-up in India now consists of the GLC Coupe 43, GLE 43 Coupe, SLC 43 and the C 43.

What’s it like on the outside?
Aside from the prominent sloping roofline, the Coupe 43 looks decidedly sportier than the standard GLC SUV with a chrome-pinned diamond radiator grille, twin louvred air intakes and a chrome splitter running across the lower edge of the front bumper that channels air flow for better cooling. The sporty bits continue on the sides with twin five-spoke alloys and what is now Mercedes’ signature coupé rear – narrow horizontally oriented split tail-lights, a centrally positioned three-pointed star and a sharp spoiler lip. The exhausts are four-pipe chrome tipped units. Should you still be in doubt, the Coupe 43 gets 'AMG' lettering on the front grille and boot lid, AMG-badged wheel center hubs and ‘Bi-Turbo 4-Matic’ lettering on its flanks.

On the whole, the SUV-coupé does a good job of looking sporty with very little visual bulk and flab thanks to its taut and tucked in lines. The athletic stance of the coupe is further accentuated with a length that's stretched out by around 80mm and a height dropped by 40mm compared to its SUV counterpart.

What’s it like on the inside?
Typically Mercedes and finished off to a high order, it gets all the familiar bits like the seat-shaped electric seat controls, the rounded steering boss and the controller dial semi-encased by the trackpad. Sadly, there's the stuck-on display screen which seems like an afterthought, and the steering stalk gear selector, both of which I am no fan of. Being an AMG, it means you also get sporty black interiors with red stitching and red seat belts. There is also a flat-bottomed steering wheel with paddle shifters, and black and grey chequered patterned dials.

Comfort-wise, the front seats are great but quite large for my thin frame. This meant that the side bolstering couldn’t hold me as snugly as I would have liked in the fast twisty bits. With the sloping roofline, space at the back isn’t exactly great but headroom is sufficient; my 5ft 8in frame had about a three finger gap to the roof that is scooped out for the outer two passengers. Width and legroom leave you with nothing to complain about, but the narrow rear windows do make you feel cooped  up.

Another area that the sloping roof line eats into is boot space and what worsens this is that the space saver spare sits on the high floor making it a choice between weekend bags or wheel. Oddly though, there is quite a large under-floor storage, but in the form of divided sections that sadly won’t take the spare wheel or a large suitcase.

What’s it like to drive?
Powered by the AMG 43 series V6, the Coupe 43 puts out 367hp at 5,500-6,000rpm and makes 520Nm of torque between 2,500 and 4500rpm. These values are identical to that of the larger GLE Coupe and it does the 0-100kph sprint in a claimed 4.9sec, about a second quicker than the GLE’s 5.7sec. The car feels quick and sounds so too. Even in Comfort mode, there is a hint of a rumble and murmur, and Sport and Sport+ modes bring these gloriously to the forefront. It’s no V8, but the soundtrack is exciting enough and Sport+ mode brings along some neat pops and cracks from the exhaust when you lift off. 'Sport' is best for some spirited driving and while Sport+ mode may be the most dramatic, it’s also quite hard-edged with an aggressive throttle setting; it would be best to use this when you have the road all to yourself. The car also has an Eco mode and I did try this out for sometime. Being an AMG, it does not feel as lethargic as some of the regular Merc cars, but the throttle does get heavy and my guess is you’d only use it if you were running low on fuel and struggling to reach a pump.

All four wheels are driven and the Coupe 43 gets an AMG-specific power distribution that puts a larger percentage of power towards the rear but the car does tend to lean towards understeer when pushed. The steering has a nice and weighted feel but even in Comfort mode some would find it on the heavier side for simply meandering about traffic. It’s also over-assisted at times.

The GLC SUV has a well-rounded suspension and even the steel-sprung regular coupé that I sampled in Italy had a nice balance of ride comfort and sporty handling. However, this being an AMG, it’s set up a bit firmer. It does get air springs all round but the ride is on the harder side and rough surfaces feel loud and rumbly. The upside to this is a very stable body, there is no getting away from the mass, but it rolls far less than you would expect of an SUV this large and heavy. The air springs also allow you to raise the ride height of the body should you need the extra clearance.

Should I buy one?
In the absence of the BMW X4 in India, the GLC Coupe doesn't have any rivals, but with an ex-showroom price of Rs 74.8 lakh, it does sit in the bracket of the Porsche Macan 2.0. The Porsche is quite the handler but is way down on power. You could go for the larger-engined Macan Turbo for more power but that'll set you back by over Rs 1 crore.

The Merc then does sit pretty. It isn’t perfect though, the steering could have been better tuned and the boot space won’t leave you much room for a weekend trip. But there is little else to fault and rationally speaking, the AMG GLC Coupe does make good sense. As a sportscar, it’s fast, it sounds good and the handling is acceptably sharp. And as an SUV, it gives you a better view of the road and can tackle off-road paths. Given our road conditions then, it's a car that lets you enjoy the best of both worlds. Of course, assuming you find the rebel-like, standout character of SUV-coupés appealing. 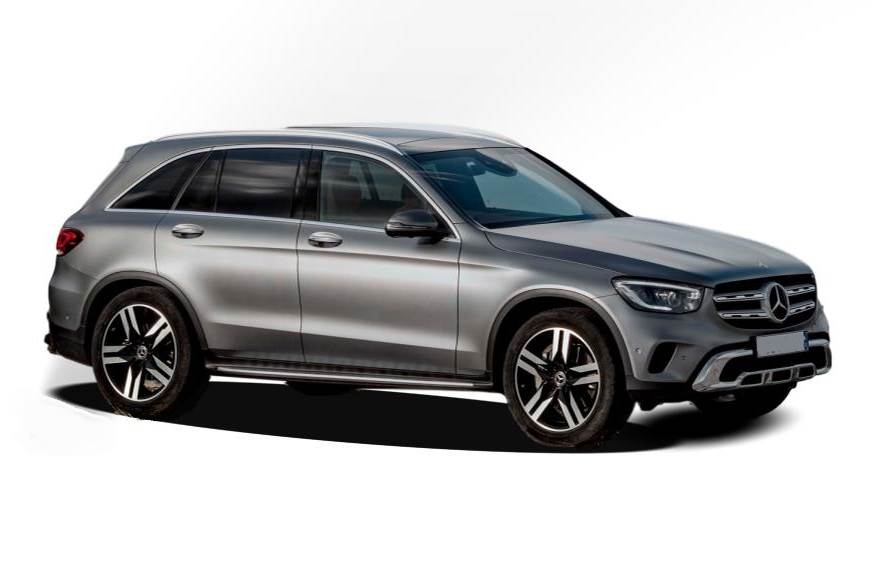