Mercedes’ SLK convertible has now become the SLC. And there’s quite a bit else that’s accompanied the name change. 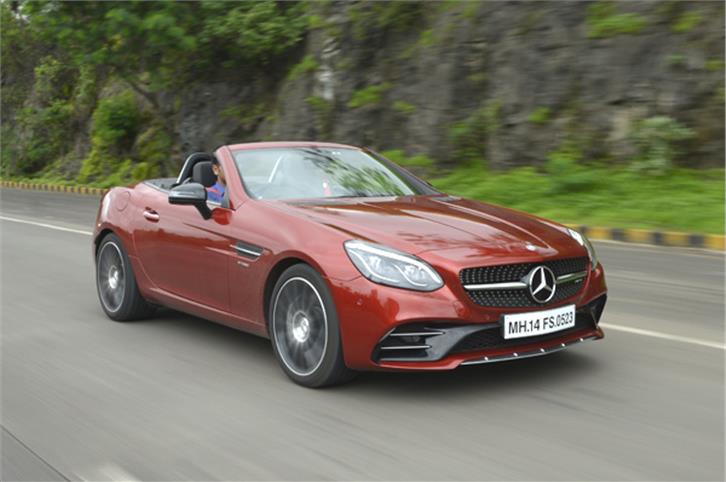 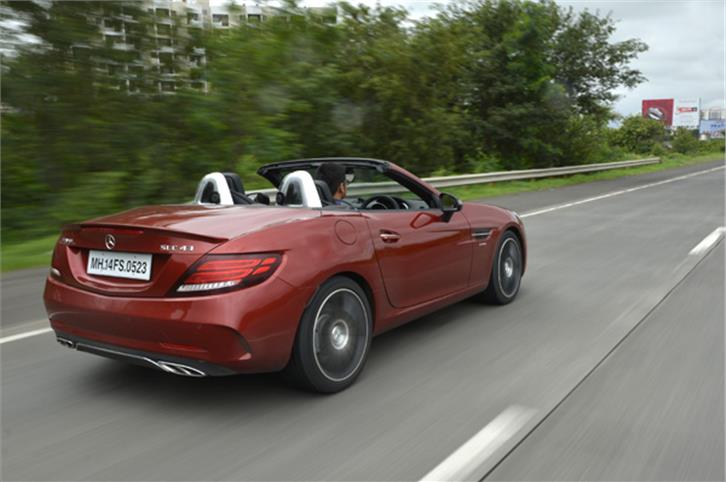 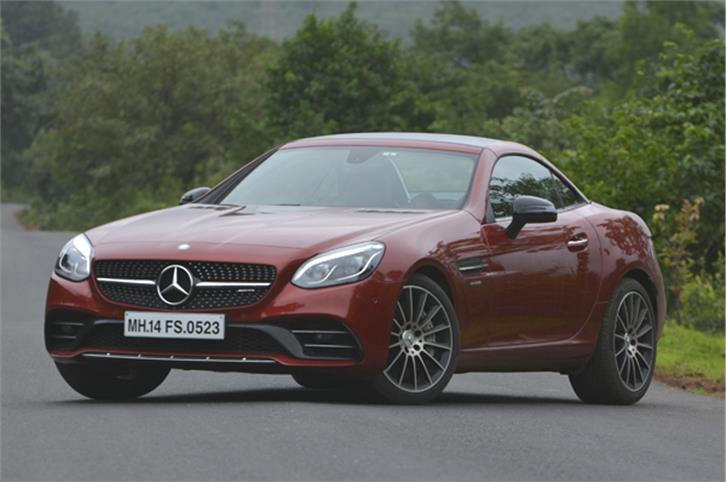 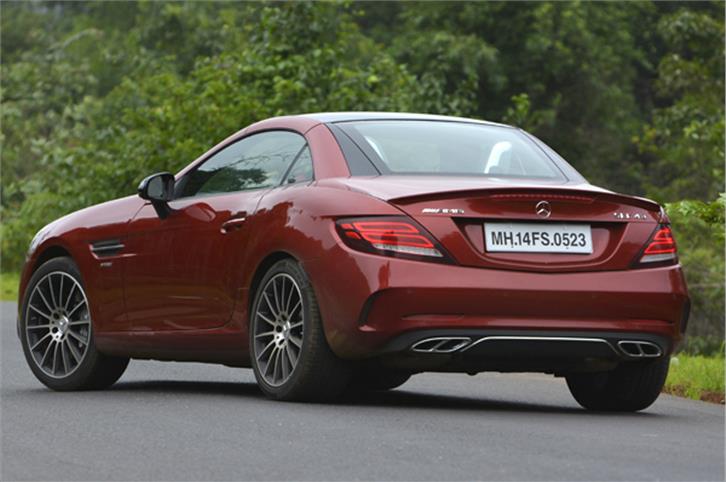 The people at Mercedes-Benz have had a busy two years or so. When they’re not launching new cars altogether, they’re busy updating the old ones and repackaging them with new names. The ML became the GLE, the GL became the GLS, and now it’s the turn of the SLK that’s been re-launched as the SLC. New name aside, it’s got a new look, more equipment, a new engine and also a new price-tag. Let’s go one by one, shall we?

First things first, Mercedes has launched the SLC in India in AMG 43 guise. The ‘43’ signifies this is not a full fat AMG though it is still the sportiest version of the SLC on sale. In its journey from SLK to SLC, Merc’s roadster has got a new nose. It’s not a radical change but it is very contemporary Mercedes. The grille with its diamond effect looks quite exquisite and the bumpers are pure AMG. The headlights are new too, and their LEDs constantly adjust to optimise brightness while reducing glare for oncoming traffic.  There are fewer changes elsewhere but the long bonnet, short tail look still looks very classic. And doesn’t the Designo Hyacinth Metallic Red paint just look sexy? But if there’s one thing that the SLK and now the SLC will be best known for, it’s got to be the foldable hard-top roof. The roof folds and unfolds quickly enough so you can enjoy the open air experience at every opportunity the rain gods permit.

Well, if you’ve not been in an SLK ever before you might have a better opinion of the SLC’s cabin than us. It’s no bad place to be but the thing is the dashboard is a straight carryover from the SLK and as they say familiarity breeds contempt. There is fresher detailing here and there, but elements like the button-heavy central console look outdated today, partly because we’ve seen something similar on so many Mercs before. Still, the trim is sporty, the sports seats are supportive and there’s nice red stitching all over. There is a new infotainment system on the SLC and though not the most intuitive of systems around, it does get satellite navigation and Apple CarPlay.