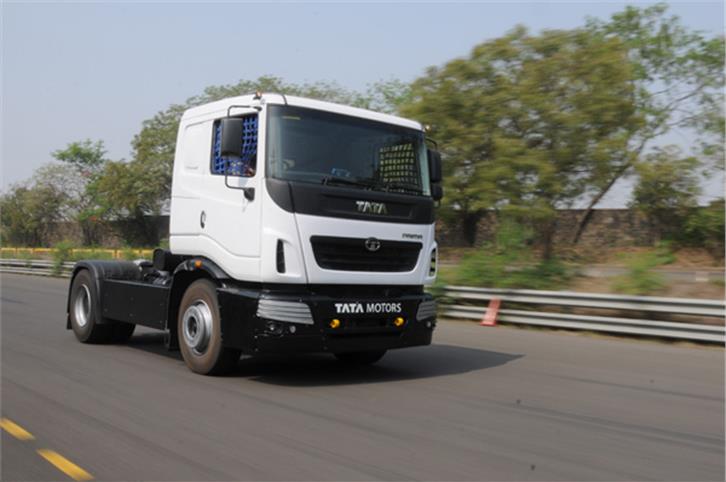 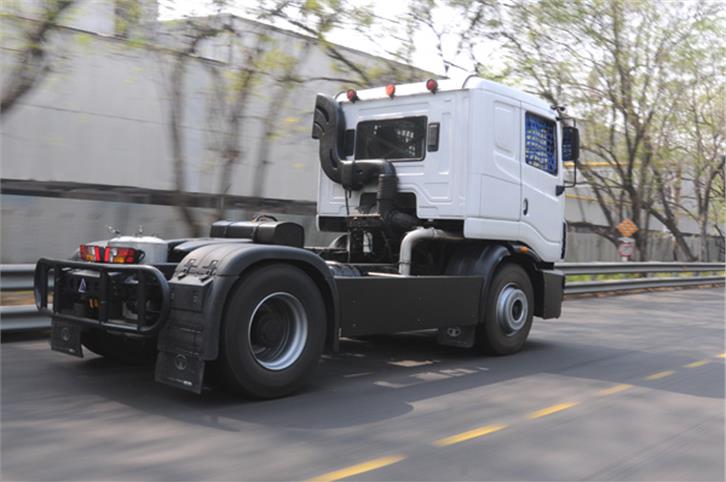 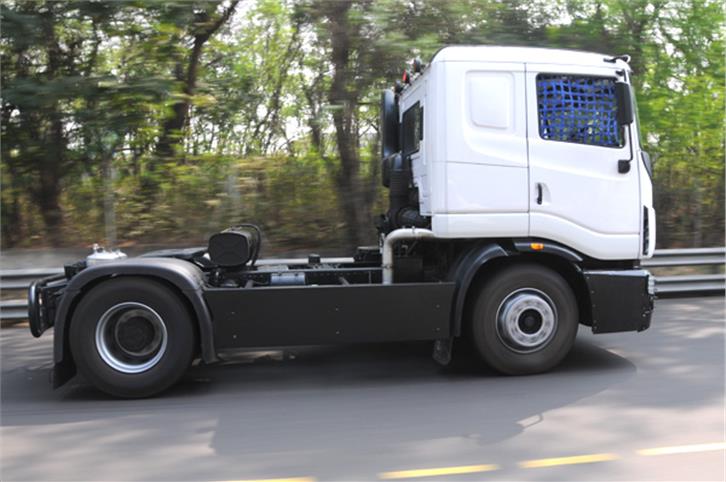 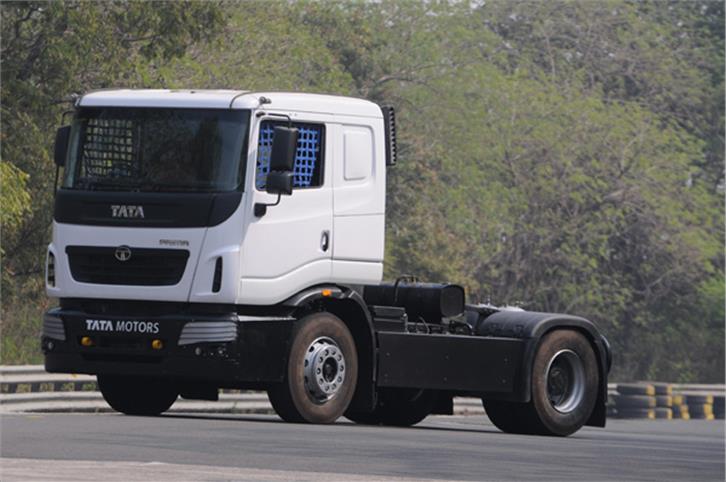 This is not a truck for hauling goods, rather it's meant for racing.

Make : Tata
Model : T1 Prima
There I was in a small room, one storey above the ground. The room happened to be bobbing and rumbling in a slow but determined fashion towards the short-ish straight of Tata Motors’ test track. Incredibly, this otherworldly sensation felt oddly familiar. Of course! A few years ago I had driven Tata’s hulking Mine Protected Vehicle at this very place. Despite the similarity of the high stance and the sensation of sitting on a moving mountain, Tata Motors’ 2015 T1 Prima Racing Truck was quite a different experience. Instead of the MPV’s vault like cabin with stacks of switches and buttons, the Prima’s cabin was completely stripped out and breezy. For instance, there is no dashboard or panels, metal or plastic, to hide the BIW. In keeping with regulations for racing, nets have replaced the windows. The only frivolity, for a racing machine, had been installed for my convenience – a passenger seat.

As the instructor pressed harder on the accelerator, a panic, fear and awe woke up in my head. Panic, because the cabin shook a bit disconcertingly, like standing on a skyscraper during an earthquake. And that’s despite the cabin suspension having been bolted up. Fear, because this was faster than I had expected a seven tonne truck to be. Much faster. Awe, well because it was a seven tonne truck that was much faster than I had expected. In my defence, I had the 14,000kg MPV as a benchmark, and at 6,800kg the Prima is a ballerina. From the drivers’ seat, the experience was a bit more dizzying, and not just because of the speed. Wading through a clunky (by passenger car standards) Eaton 8-speed gearbox posed challenges I hadn’t anticipated. Hang on, was that 5th or was that 3rd? And what about that bunny rabbit that lights up on the dashboard? Did that mean I was out of some crawl ration? Am I in 8th?  Or, was it….