The Flying B’s continent-crushing grand tourer gets a bit more bling and an updated engine for 2015. 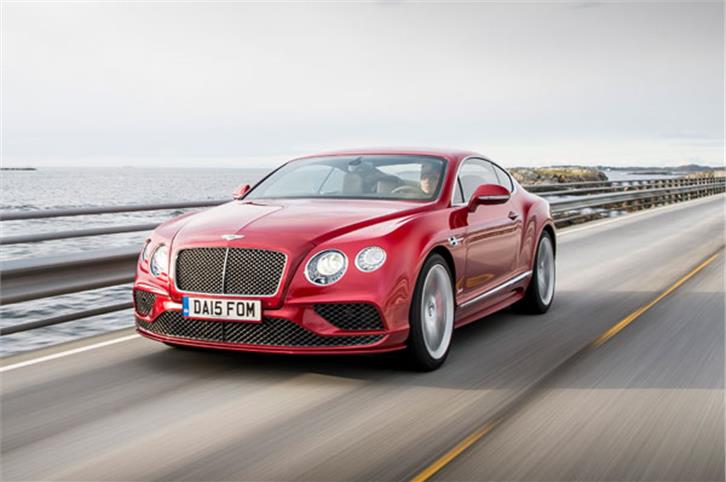 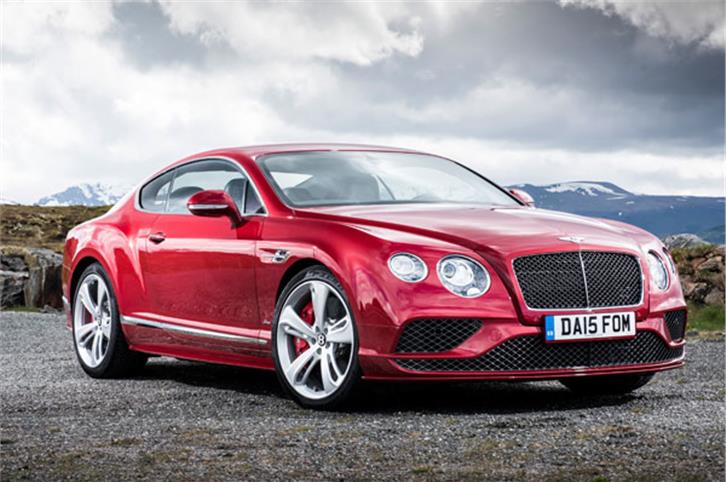 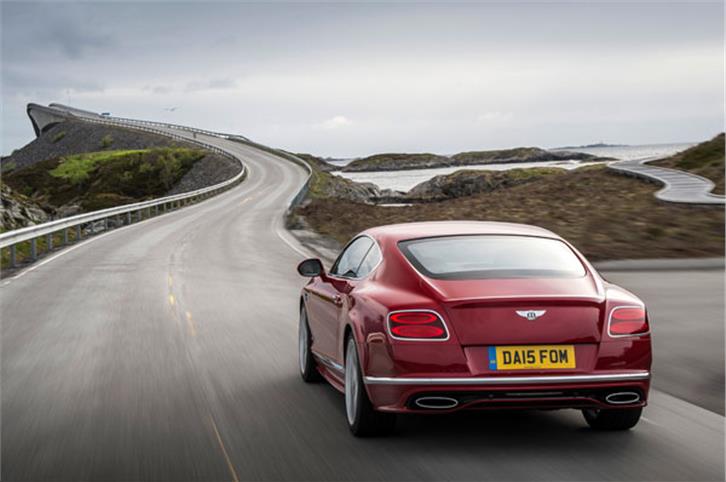 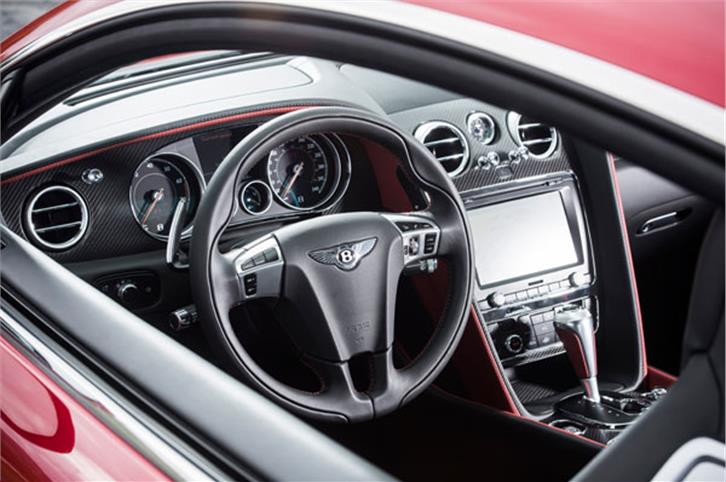 Bentley’s most affordable model and its most popular one by a huge margin, and unsurprisingly, a car that accounts for 50 percent of all production – and no, that doesn’t include the Flying Spur sedan. We’re talking only about the two-door coupé and convertible, a range that’s now swelled to eight models – a combination of four engines and two body styles. They have all just been given a facelift, and we’ve headed to the picturesque Atlantic Road in Norway to sample them all.

Customers have always loved the look of the Continental GT since the 2003 original, and so, visual changes over the years, including when this second-generation car was introduced 2011, have never deviated from the same basic shape. Likewise now, it retains the big rectangular grille, huge LED-ringed main beams flanked by smaller auxiliary lights, strong lines, pronounced rear haunches and that very purposefully sculpted rear. New for this facelift, however, are a larger, more aggressive lower air dam at the front, and new chrome air vents on the flanks in the shape of Bentley’s ‘Flying B’. There’s more chrome down the sides of the car and even a new strip that wraps around the rear bumper to help enhance the car’s width. Finally, the sportier models – the V8 S and the Speed – get a new rear diffuser. There are also a few more paint, wheel and upholstery options available. And ever a treat to behold on the Continental GT are its gigantic 16.5-inch front brake discs, with their massive calipers, that almost overwhelm the 20-inch wheels.

The interiors are as welcoming as ever, with their two-tone seats covered in the plushest of leather, huge slabs of wood in the dashboard, and switches made of knurled and polished metal. And you have to just love the way a motorised arm extends forward to ‘hand over’ your seatbelt when you get in, before retreating to its niche beneath the rear window. If you look really hard, you might find a button or two that vaguely resembles one you’d find on an Audi, but let that only be an indicator of the tech that’s hiding behind it. The touchscreen system is showing signs of age now, but its layout is clear and classy, and now also incorporates onboard Wi-Fi that works with up to four devices simultaneously.