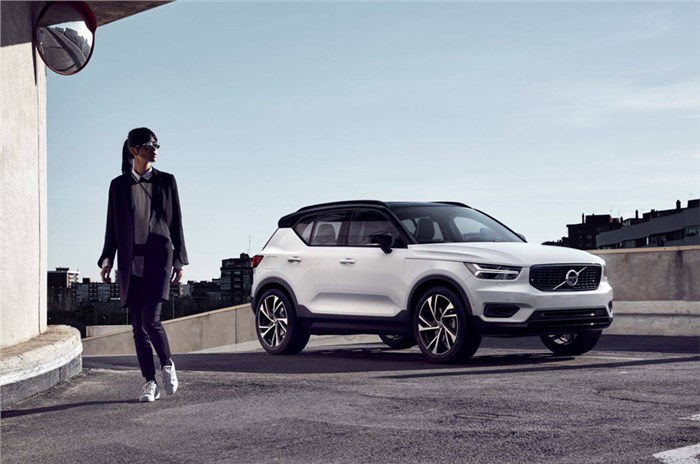 The Volvo beat other SUVs like the BMW X2 and the Porsche Cayenne to bag the prestigious award.

The Volvo XC40 has been crowned as the Women’s World Car of the Year (WWCOTY) 2018. The six finalists were the BMW X2, Jaguar E-Pace and I-Pace, Porsche Cayenne, Peugeot 508 and the Volvo XC40.

In its ninth edition, the WWCOTY’s all-women jury comprised of 34 respected motoring writers from 27 countries – including Autocar India’s own Renuka Kirpalani. They initiated the month-long process to pick the 2018 Women’s World Car of the Year in September, employing a new voting system which is said to reflect varying market trends and vehicle availability.

Results revealed that the Volvo XC40 edged out the Jaguar E-Pace to take the top prize by the smallest of margins. Since its reveal in September 2017, the XC40 has proved to be a successful product for Volvo. The SUV also bagged the 2018 European Car of the Year at the Geneva Motor Show.

The Holly Reich Dream Car award – dedicated to the memory of a former WWCOTY panellist – was won by the Aston Martin Vantage. This award is usually presented to the judges’ dream car, that which they would love to own and drive.

A new award was introduced this year, in order to recognize a woman in the motor industry who deserves a special mention. The judges presented the ‘Woman of Worth’ award to Fiona Pargeter of Jaguar Land Rover. She is the customer experience director at Jaguar Land Rover who has consistently encouraged women to participate in car launches and events, as per the judges.