Swedish carmaker says the speed limit will be a key part of its ambition to ensure nobody is killed or injured in a new Volvo from 2020 onwards. 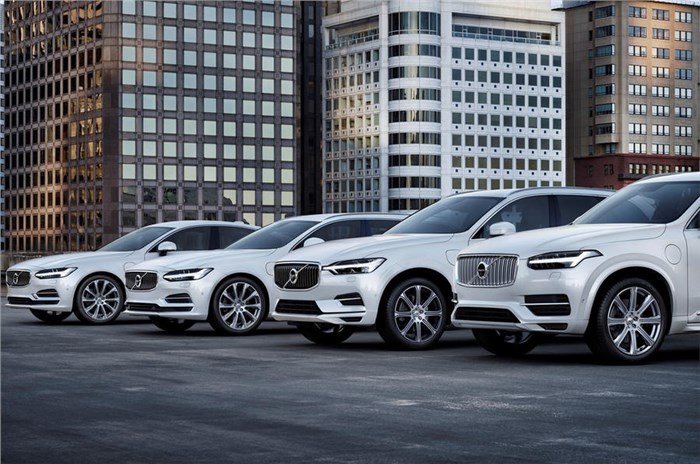 Volvo will limit the top speed of all of its cars and SUVs to 180kph from 2020. The move is motivated by the company's intention that no one should be killed or seriously injured in a new Volvo by that date, the Swedish car maker said.

In a statement, Volvo said that “technology alone will not get it all the way to zero”, adding that the firm “is now broadening its scope to include a focus on driver behaviour”.

Volvo referenced the limitations of technology to prevent accidents and injuries above certain speeds, citing data from the US National Highway and Traffic Safety Administration showing that 25% of road fatalities in the US in 2017 were a result of speeding.

“Volvo is a leader in safety. We always have been and we always will be,” said Volvo boss Håkan Samuelsson. "Because of our research, we know where the problem areas are when it comes to ending serious injuries and fatalities in our cars. And while a speed limitation is not a cure-all, it’s worth doing if we can even save one life.”

The top speeds of Volvo's current models range from 190kph to 250kph.

Volvo is also investigating geo-fencing technology to see if it could further limit the speeds of its cars in sensitive areas, such as near schools.

“We want to start a conversation about whether car makers have the right or maybe even an obligation to install technology in cars that changes their driver’s behaviour, to tackle things like speeding, intoxication or distraction,” said Samuelsson. “We don’t have a firm answer to this question but believe we should take leadership in the discussion and be a pioneer.”

Volvo safety expert Jan Ivarsson said:  “As humans, we all understand the dangers with snakes, spiders and heights. With speeds, not so much. People often drive too fast in a given traffic situation and have poor speed adaption in relation to that traffic situation and their own capabilities as a driver. We need to support better behaviour and help people realise and understand that speeding is dangerous.”

The firm has also highlighted two other external factors that contribute to fatalities: intoxication and distraction. It is looking at ways to reduce both and is expected to make further safety-related announcements at an event on the subject it is holding later this month.

In India, Volvo is coming off a solid sales performance in 2018, with a record 2,638 units sold last year. The company is also keen on assembling the yet-to-be-revealed XC40 EV at its facility, in Bengaluru.

What do you think of Volvo’s decision to limit all its cars to 180kph from 2020? Let us know in the comments.