Available in a single, fully-loaded variant, the Tiguan Allspace has 7 seats and a 190hp, 2.0-litre TSI turbo-petrol engine. 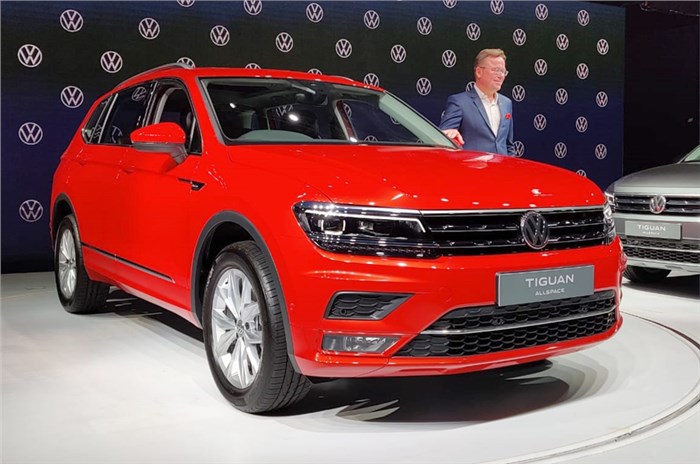 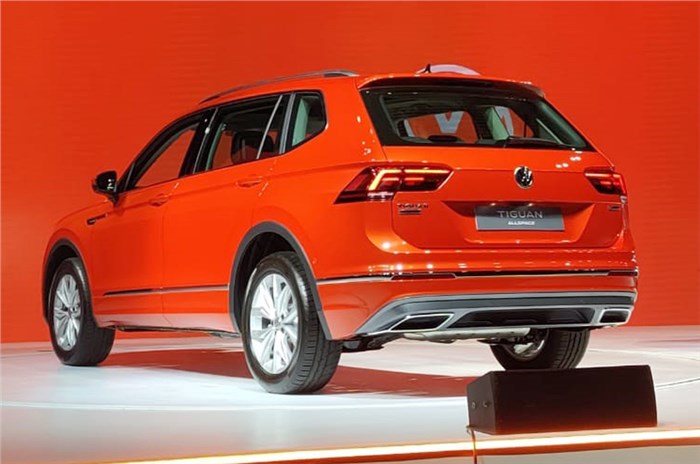 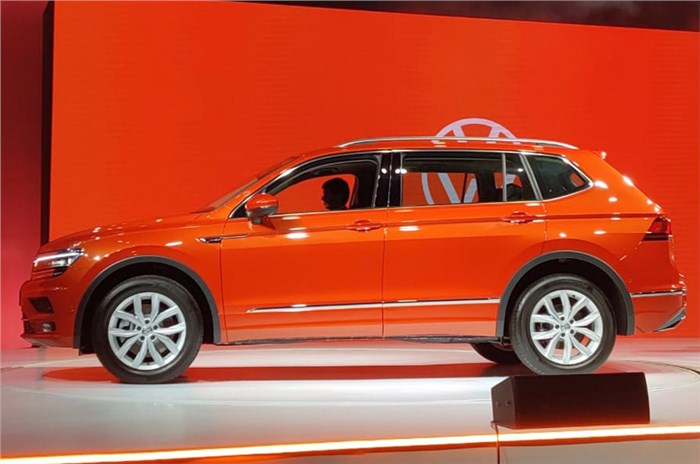 Having showcased it for the first time at Auto Expo 2020 in February, Volkswagen has now launched the Tiguan Allspace SUV at Rs 33.12 lakh (ex-showroom, pan-India). It’s the first model VW has chosen to introduce by leveraging the relaxed norms for full imports, which lets a company bring in up to 2,500 vehicles a year in completely built-up (CBU) form without the need for homologation. As they’re all part of the VW Group – a single company – Skoda, Volkswagen and Audi have to share this 2,500-unit allocation, and as a result, the Tiguan Allspace will be available in limited numbers.

The fully imported Volkswagen Tiguan Allspace replaces the 5-seat Tiguan that’s been on sale in India for a few years now and costs nearly Rs 5 lakh more than the entry-level version of the outgoing model. While it has plenty in common with the 5-seat model, in terms of exterior and interior design, the Allspace is noticeably larger, with 215mm of added length and a 110mm longer wheelbase, which has enabled the addition of a third row of seats. The SUV's luggage carrying capacity can increase from 340 litres to 1,274 litres, depending on how many seats are folded down.

The sole engine option for the Tiguan Allspace is a 2.0-litre, TSI turbo-petrol producing 190hp and 320Nm of peak torque, mated to a paddleshifter operated 7-speed DSG automatic gearbox that sends power to all four wheels via Volkswagen’s 4Motion all-wheel-drive system. An engine start-stop system is standard.

While it is notably more expensive than the 5-seat model it replaces, the Tiguan Allspace is now a proper rival to the Skoda Kodiaq, which is also set to receive the same 2.0-litre TSI engine in the time to come.

Think the Volkswagen Tiguan Allspace makes a strong case for itself at this price? Let us know in the comments.