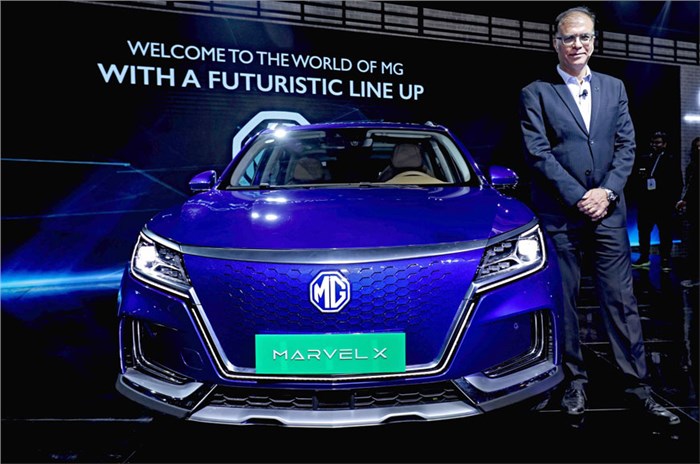 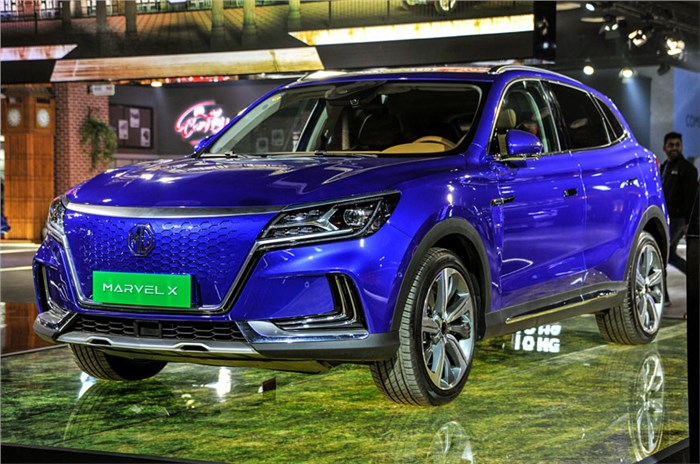 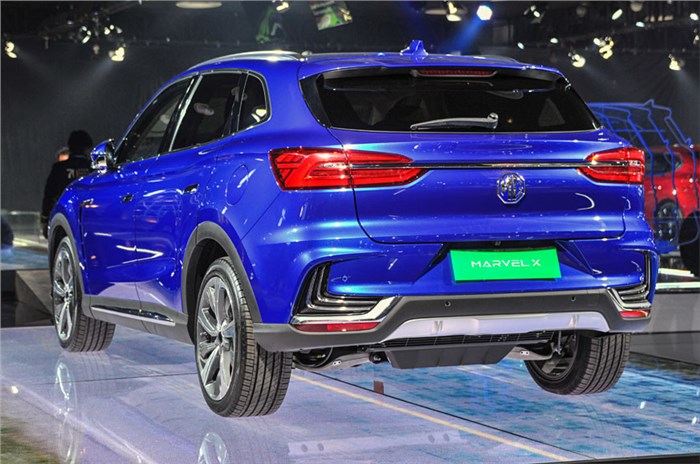 Despite entering India only last year, MG Motor India already has an all-electric SUV in its line-up – the recently launched ZS EV – in addition to its Hector SUV. And now, the brand has showcased a larger, new electric SUV – the Marvel X – at the ongoing Auto Expo. Touted as the world’s first mass-production model to achieve Level-3 intelligent driving capability (read: autonomous), the MG Marvel X is meant to showcase the brand’s focus on products that are electric-powered, self-driven and connected.

Those familiar with the Chinese market will notice the similarities between the MG Marvel X and Roewe’s SUV, which has the same name. This isn’t particularly surprising, as both MG and Roewe have the same parent company – SAIC Motor – and the MG Marvel X is essentially a rebadged Roewe Marvel X.

What is really interesting about this Tata Harrier-sized SUV, though, is its powertrain. While information about the model showcased at the Auto Expo is not available yet, the Roewe version had a 52.5kWh lithium-ion battery pack that sends power to three electric motors, giving it all-wheel-drive capability. Combined, the three motors make 302hp and 665Nm of torque. There is a lower-powered version of the Roewe Marvel X on sale in China as well. It comes with the same battery pack but has just the two rear motors, which produce a combined 186hp and 410Nm of peak torque. Concurrently, the rear-wheel-drive version has a slightly longer range, at 403km (NEDC), on a single charge, while the all-wheel-drive version is rated at 370km. Both have a top speed of 170kph, but the AWD is 3.1sec quicker to 100kph, taking 4.8sec.

Using a DC fast charger, the Marvel X can charge from 0 percent to 80 percent in 40 minutes, while a standard AC wall socket will take a claimed 8.5 hours to take the battery up to 100 percent. Like with the MG ZS EV, the Marvel X also comes with a Kinetic Energy Recovery System (KERS), which essentially charges the battery when decelerating and braking.

While MG has not officially said it’ll be bringing the Marvel X to a showroom in India, the eSUV could serve as an option for those who’d like an SUV that’s larger than the ZS EV, and is as green.