Carmaker says that it has ample supplies to maintain production volumes till mid-March; complete rebalancing of demand and supply to depend on coming weeks. 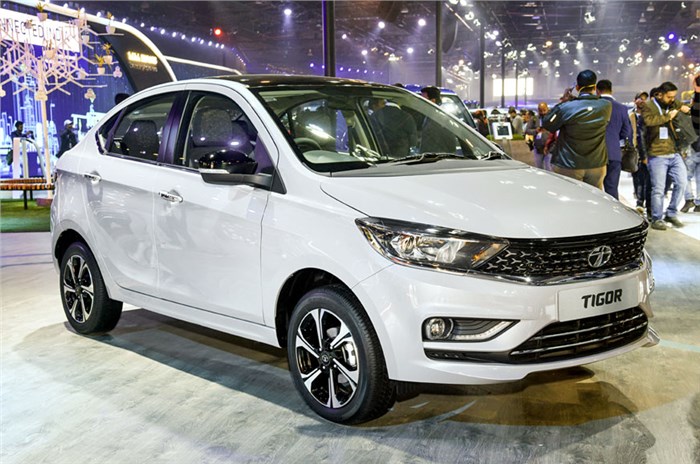 The impact of the Coronavirus (Covid-19) outbreak, which originated in China and has spread throughout the world, has adversely impacted the automotive supply chains for manufacturers globally, including the Tata Motors Group, in India and in its overseas plants.

In an official statement issued today, the company said: “The Tata Motors Group is continuously monitoring the evolving Coronavirus situation closely and responding appropriately in accordance with relevant government requirements and advice in China and other jurisdictions it operates. Our first priority has been the health and safety of our employees. Shanghai-based JLR China and Chery Jaguar Land Rover staff have been working from home since the end of the lunar holiday and the offices and JV plant reopened in the week of February 24. Production will be ramped up as the number of employees returning to work and demand increases.”

The Coronavirus has impacted luxury carmaker Jaguar Land Rover’s sales in China. Just as it was beginning to see good sales traction there – sales rose about 25 percent year-on-year between July through December 2019 and continued to see strong growth for the first three weeks of January – Covid-19 struck.

The Coronavirus has significantly impacted JLR’s China sales, with February retails down around 85 percent, compared to that in the previous year. In the first-half of the month, only about 20 percent of dealers were open. This has since improved to now over 80 percent, albeit most are still operating with reduced staffing and facilities.  Jaguar Land Rover expects this to improve over the course of March, but retail sales are expected to recover more gradually. The spread of the virus to other markets such as South Korea, Japan, and Italy will also impact sales in those markets, says the company.

According to Tata Motors’ press note, its suppliers in China are resuming operations but remain below full capacity. The company says its transition out of BS4 to BS6 is almost complete. “However, materials management to support the ramp up of BS6 has become a daily affair and we are seeing improved availability position as vendors come on stream in China. With some flexibility in the mix (models, trim levels) current visibility protects production volumes up to mid-March. The further planning horizon contains some uncertainties which are expected to be mitigated to a large extent; situation could lead to limited volume losses in Q4. This is, however, expected to be recovered as market demand is likely to improve gradually upon transition to BS6. The timeline for a complete rebalancing of supply and demand is dependent on the further developments in the coming 4-6 weeks. Domestic business is positive to overcome the current challenge with a limited impact on its overall FY21 performance.”

Jaguar Land Rover’s supply chain is primarily based in Europe and the UK, with a relatively small percentage of direct parts from China. Over 95 percent of its Tier 1 and Tier 2 suppliers in China are now open but at reduced capacity, and Jaguar Land Rover is engaged with its suppliers on the status of its sub-tier suppliers in China. Jaguar Land Rover has availability of most parts for two weeks or more and has managed to avoid potential parts shortages by working closely with its suppliers and with some increased use of air freight. In the event of specific parts shortages, Jaguar Land Rover would ordinarily be able to still build cars and retrofit missing parts when available. However, the carmaker says that the risk of shortage of critical components could still impact production at some point.

Recognising the present situation is highly uncertain and could change, the reduction in China sales due to the Coronavirus impact is presently estimated to reduce Jaguar Land Rover’s full year EBIT margin by about 1 percent, however, free cashflow in Q4 is still expected to be modestly positive and JLR had £5.8 billion of total liquidity at December 2019 (£3.9b of cash and a £1.9b undrawn revolving credit facility).

For Tata Motors’ domestic business, Q4 performance was already planned to be significantly impacted due to the switchover from BS4 to BS6 and the shortage of parts is likely to have some additional impact on specific BS6 models, which is expected to be secured in the coming months. Tata Motors expects to end the quarter with positive free cash flow.