Japanese carmaker to wait and watch for government’s roadmap and policy towards EVs before it shifts focus to them. 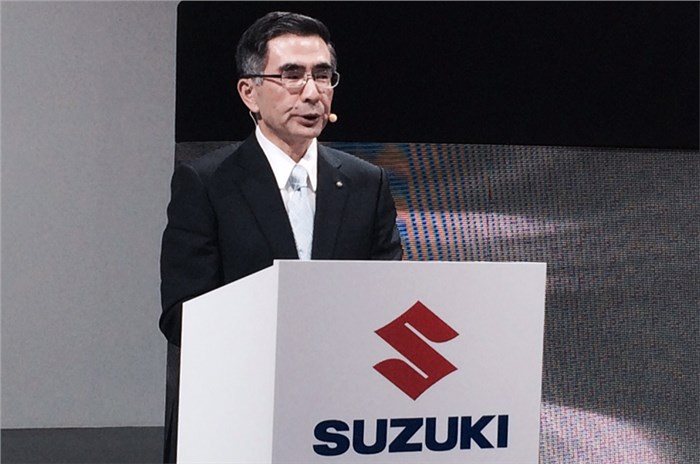 Suzuki Motor Corporation’s (SMC’s) CEO said at the company’s FY2017 second-quarter financial results presentation that, when it comes to India, the sudden shift to electrification could catch them unprepared as their volumes are very large, as reported by Reuters.

For the Japanese manufacturer, Maruti Suzuki India is the jewel in its crown and a marked shift in consumer buying to electric vehicles (EVs) in India, its biggest global market, could catch it unawares. At present, Maruti Suzuki India has a stranglehold over the domestic passenger car and passenger vehicle market with 56.56 percent and 50.43 percent market share, respectively. In the surging utility vehicle market, its share has grown to 28.24 percent.

As detailed in the NITI Aayog policy document issued earlier this year, the Indian government is pulling out all stops to ensure all-electric mobility by the year 2030. In the nascent Indian EV market, Mahindra & Mahindra, which has been producing the E2O electric hatchback since five years, has the first-mover advantage.

Over the years, Mahindra Electric has expanded its EV fleet to include the e-Verito sedan, e-Supro van and more recently the e-Alfa Mini three-wheeler. Tata Motors also is making moves on the EV front and has recently, along with Mahindra (with its e-Verito), bagged an order from EESL for supply of its electric Tigor sedan. While Nissan was the other bidder for the supply of 10,000 EVs, Maruti Suzuki India did not bid for the tender. French carmaker Renault has also been testing one of its EVs in India for over six months.

Toshihiro Suzuki’s concern about the likely impact of a shift to EVs from fossil-fuelled vehicles in India is rightly placed. Maruti Suzuki continues to be the biggest contributor to SMC’s global production and profits. In September 2017, SMC notched its highest-ever global production volume of 2,88,116 units (+106.5 percent YoY) to which Maruti Suzuki India contributed 1,50,216 units or 52.13 percent. Maruti Suzuki India's strong contribution is also evident in the first six months of the ongoing fiscal year FY2018 (April-September 2017). SMC’s H1 production of 16,17,000 units (+110 percent) due to an increase in output in Japan and India, saw Maruti Suzuki’s share at 8,65,169 units or 53.50 percent.

As a result of strong domestic demand, Maruti Suzuki India has been running its plants in India at optimum capacity as demand surges for recently launched and popular models like the Baleno and Vitara Brezza, in addition to the sustained demand for models like the Alto, WagonR, Swift and Ertiga, among others.

Maruti Suzuki to wait and watch government’s EV policy
Being the leading carmaker in the country, Maruti Suzuki, however, is not the torchbearer in the EV space in India. The company is in a wait-and-watch mode, and seems to be awaiting a definite electrification roadmap and conducive policies from the government’s end, before going all out and displaying its technological readiness by showcasing an all-electric mass-market product relevant for the Indian market.

However, parent Suzuki is unarguably eyeing electrification as the future, and recently invested $180 million (Rs 1,137 crore), along with Toshiba and Denso, into a Li-ion battery manufacturing unit in Gujarat, which is slated to come up by 2020, and will provide batteries for its electric and hybrid cars meant for exports from India.

While Maruti Suzuki keeps its current focus pitted on enhancing vehicle fuel efficiency until a considerable shift towards EVs gets realised, the company could consider the Suzuki Swift Hybrid, which has been introduced in Japan and runs a 10kW electric motor in conjunction to its 1.2-litre petrol motor.

Maruti Suzuki nevertheless seems to be seized of the likely shift to EVs. Speaking at the ACMA Convention in September this year, chairman, RC Bhargava, took up the hot topic of electromobility, saying, “We need to reduce dependency on energy imports. Hence, this is a timely move on technology, but we need conducive policies. While the government has to enable mass-scale electric mobility, the auto industry has the responsibility of making electric vehicles acceptable to existing vehicle users in the Indian market. We have to move towards larger use of EVs and as an industry we should encourage them.”