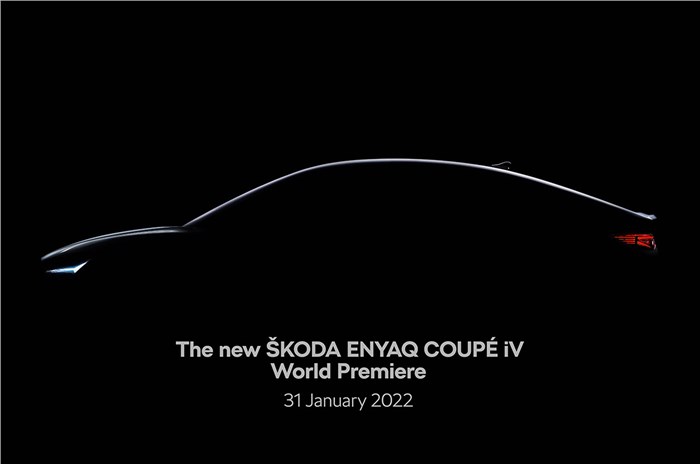 All-electric SUV-coupe will be Skoda’s derivative of the VW ID.5; could get vRS performance variant.

Aside from the altered silhouette, the Enyaq Coupé will be identical to the straight-backed SUV, inside and out. A preview video reveals that it will share its light-up front grille with the current car, and the interior – "inspired by modern living environments" – will be finished with a similar emphasis on sustainability.

Skoda claims a drag coefficient of 0.234 for its new coupé-SUV, which is said to be the best in its class and makes the new model "particularly efficient to drive".

The Enyaq Coupé is likely to be available with the same batteries as the standard car, and the enhanced aero could see the maximum range raise slightly over 536km from the largest, 77kWh battery pack. A smaller-capacity 58kWh battery is expected to net a range of around 418km.

Skoda has yet to confirm whether it will offer the same variety of powertrain layouts in the coupé version. The standard Enyaq can be had with either a 179hp or 204hp rear-mounted motor, or with a motor on each axle for a combined output of 266hp.

The firm is yet to reveal the 300hp Enyaq vRS – which will be closely related to the Volkswagen ID.4 GTX – but could make the trim available first on the Enyaq Coupé.

Skoda has also not revealed how much the Enyaq Coupé will cost, but its style-led billing will probably incur a slight premium over the standard car.

Skoda has lined up the launch of the facelifted Kodiaq SUV in petrol guise next month – it was discontinued when Skoda moved to incorporate BS6 norms.

Also on the cards is the brand’s new Slavia midsize sedan. A replacement for the ageing Rapid, the Slavia will take on the likes of the Honda City and Hyundai Verna and, like the Kushaq, come with a pair of turbo-petrol engines with manual and automatic gearbox options.

On the EV front, Skoda is looking at bringing the standard Envaq iV to India by early 2023. Unlike most other EVs from European carmakers, Skoda is considering locally assembling the Enyaq.

Would you like to see Skoda’s upcoming all-electric SUV-coupe launch in India along with the standard Enyaq? Let us know in the comments below 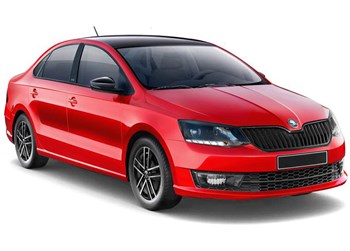