The Skoda–Volkswagen company has commissioned the largest solar-powered rooftop systems in India at its plant in Chaka, Pune, in partnership with Amp Energy. 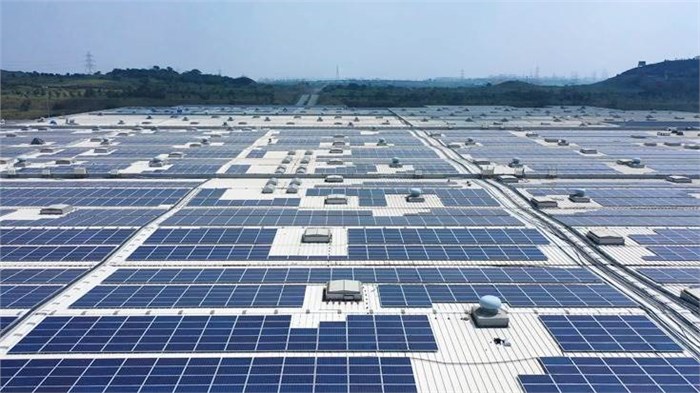 Skoda Auto Volkswagen India has commissioned one of the largest solar-power rooftop systems in India at its plant in Chakan, Pune. Together with its partner Amp Energy – a global company that develops flexible and clean energy infrastructure – the German car manufacturer has installed a total of 25,770 photovoltaic panels at the plant.

The installation will cover up to 15 percent of the site’s annual electricity requirements, and the panels have a maximum output of 8.5MW. By putting the system into operation, the company is reducing its dependence on non-renewable energy at its Pune site, whilst creating an important prerequisite for the plant’s carbon neutrality.

At its Pune factory, Skoda Auto Volkswagen India has created a basic prerequisite to be carbon-neutral by 2030. The company’s own photovoltaic system consists of 25,770 highly efficient polycrystalline panels covering the 63,000 sq m of roof space on the body shop complex. The installation will generate a total of 12.2 million kWh of energy per year, reducing CO2 emissions resulting from car production at the site by more than 9,000 tonnes per year. Direct heat radiation in the workshop is also reduced.

Commenting on the eco-friendly initiative, Gurpratap Boparai, managing director of Skoda Auto Volkswagen India, said, “By putting the solar-power system into operation at our plant in Pune, we are reinforcing our commitment and making an important contribution to the sustainable ecological future of our company. We plan to implement further environmentally friendly projects in the future, actively ensuring that India contributes to reducing CO2 emissions worldwide.”

Michael Oeljeklaus, Skoda Auto Board Member for Production and Logistics, added, “We are pushing ahead with our target of achieving carbon-neutral production worldwide by 2030”. By commissioning the new solar-power rooftop system at the Pune site, we are also setting an example for sustainability and a sense of responsibility in India.”

In addition to consistently improving its carbon footprint, Skoda Auto Volkswagen India is focusing on sustainable development, the conservation of resources and efficient cost optimisation. For example, the plant in Pune is working towards eliminating the need for waste to be disposed of in landfills. A number of other projects are being implemented with the aim of making production even more sustainable.

Up to Rs 3.60 lakh on Volkswagen Tiguan, Vento, Polo, Ameo