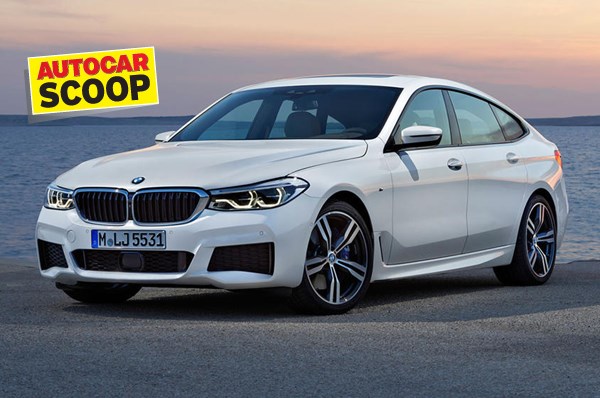 The 6-series GT will take on long-wheelbase Mercedes-Benz E-class; local assembly to give it competitive pricing.

BMW has revealed the all-new 6-series GT (Gran Turismo), a car that will replace its current 5-series GT. Interestingly, BMW has adopted the 6-series name for a replacement, a decision that is in line with the German carmaker's efforts to place greater emphasis on luxury at the upper end of its line-up.

Big news for India, however, is that BMW has confirmed that it will launch the car at the 2018 Auto Expo. The 6-series GT will be part of BMW India's two-pronged plan to sandwich the popular Mercedes E-class long wheelbase (LWB) with its 5-series sedan (to be launched on June 29) on one end and the 6-series GT on the other. The new E-class, since its launch, has been a hit with Indian customers, especially because of its stretched length (5,063mm), and BMW plans to launch the slightly longer (by 28mm) and wider (by 42mm) 6-series GT as an alternate to it. With a more sedan-like silhouette, the car will be more appealing than its predecessor. The company is also expected to pack in a lot of equipment to up the luxury quotient even further. Also, local assembly from completely-knocked-down kits (CKDs) will help BMW achieve competitive pricing to take the fight to the E-class when launched. This strategy has worked well for BMW for its 3-series, wherein the slightly larger GT model is the bestseller in the range.