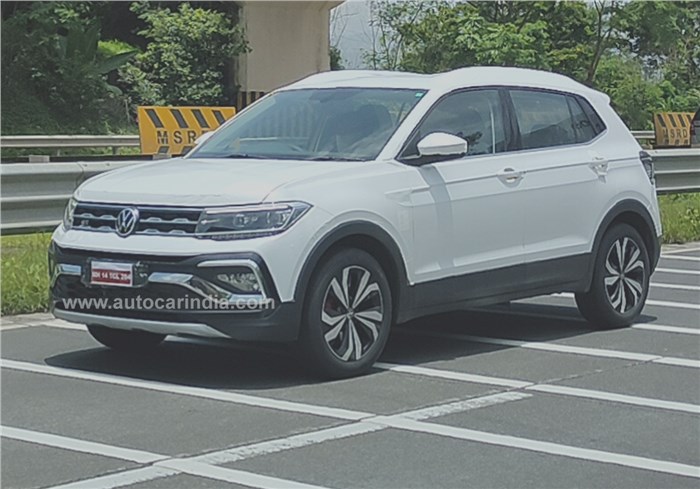 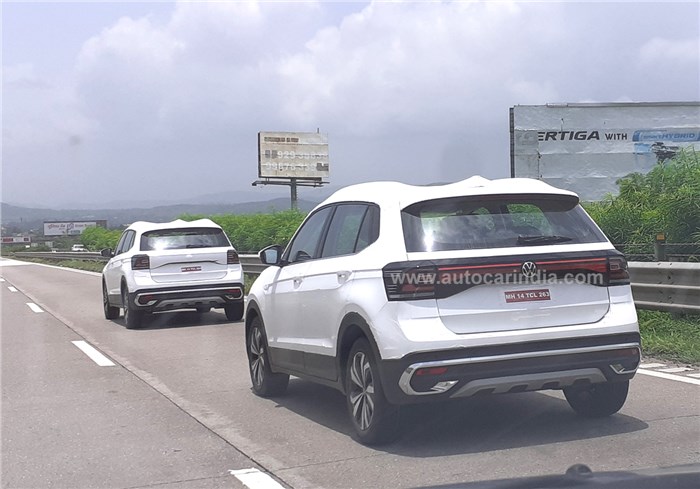 Volkswagen is in the final stages of testing one of its most important models for India, the upcoming Taigun SUV. An almost production-ready version of the SUV was recently spotted being tested near Mumbai. Prices for the Volkswagen Taigun will be announced in the coming months.

The upcoming Taigun is actually the sister model to the Skoda Kushaq – which is set to launch next week – as both SUVs share the same MQB-A0-IN platform. The two SUVs will have a number of parts like the doors, roof and glasshouse in common, but this is where the similarities end. The Taigun gets unique front and rear fascia, along with single-piece headlights, two-slat chrome grille, and chrome insert on the lower part of the bumper – all of this make it look quite similar to the current crop of the SUVs sold by Volkswagen globally. At the back, the Taigun’s tail-light cluster, which runs across the width of the tailgate, and the chrome accent on the rear bumper set it apart from the Kushaq.

While most of the dashboard looks like it is shared with the Kushaq, the Taigun gets subtle differences in the interior too, with the AC vents having a different design and the infotainment screen being neatly incorporated into the dashboard.

As far as features go, we can confirm that the Taigun will come with a 10-inch touchscreen infotainment system with Apple CarPlay, Android Auto and the My Volkswagen connect app (to access the connected car features). Another major feature on the inside will be the digital instrument cluster (Virtual Cockpit), which is something its sibling, the Kushaq, misses. Additionally, there will also be kit like automatic climate control, USB Type-C ports, wireless charging pad, and much more. On the safety front, the Taigun will come with six airbags, ESC (standard across all trims), tyre pressure deflation warning, and ISOFIX child seat mounts, to name a few.

The new Taigun will come with two turbo-petrol engine options from its TSI family of engines. One will be a 1.0-litre, three-cylinder TSI unit producing 115hp and 175Nm, and the other will be a larger 1.5-litre, four-cylinder unit with an output of 150hp and 250Nm. Both engines will be available with 6-speed manual gearbox options as standard. However, they will get different automatic gearbox options, with the 1.0 TSI getting a 6-speed torque converter and the 1.5 TSI getting a 7-speed DCT automatic.

The Volkswagen Taigun will be positioned in the midsize SUV segment, which is one of the hottest segments in terms of demand in India. It will take on the likes of the Skoda Kushaq, Kia Seltos, Hyundai Creta, Nissan Kicks, Renault Duster and MG Hector. Due to its high level of localisation, Volkswagen is expected to price the SUV quite competitively.