Joining the premium hatchback fray in 2019 will be the production-spec Tata 45X – or the Tata Altroz – and it will battle the Maruti Suzuki Baleno and Hyundai i20. 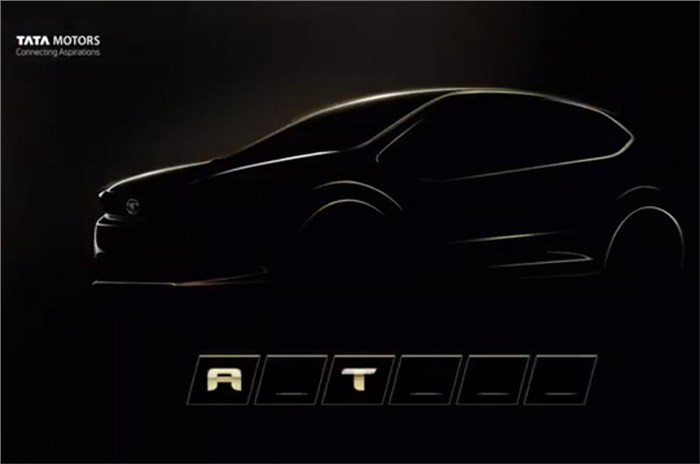 The 2019 Geneva motor show is less than two weeks away, which means it’s teaser season at Tata Motors. The company has lined up four global unveils for its 21st appearance at the Geneva motor show, and one of those is the production-spec Tata 45X. Yesterday, Tata dropped a teaser that confirmed the 45X’s name will be a six-letter word starting with an A. Now, looking at the second teaser, it's clear the 45X will not be called Aquila, but is likely to be named Tata Altroz.

Yesterday, we told you the Tata 45X could possibly be named Aquila. The name has been doing the rounds for some time, and is Italian for ‘eagle’. Now, though, Tata's second teaser shows the third letter is T, eliminating the possibility of the production-spec 45X being named Aquila. Only yesterday, the company filed a trademark application for the name ‘Tata Altroz’, and the word Altroz could be a derivative of albatross, which would fit with the ‘agile seabird' Tata says it derives its name from.

Spy shots of the production Tata 45X show a slimmer version of the ‘Humanity Line’ grille seen on the Harrier, large headlights, an angular front bumper, an upswept window line, and a prominent shoulder line. so show a part digital instrument cluster a la the Harrier and a T-shaped centre console with a free-standing touchscreen infotainment system.

The Tata Altroz's launch will likely take place in August 2019, and it will mostly undercut its chief rivals on price – the Maruti Suzuki Baleno, Hyundai i20 and Honda Jazz.

What do you think of the Tata Altroz name? Let us know in the comments.

Tata 45X likely to be called the Aquila