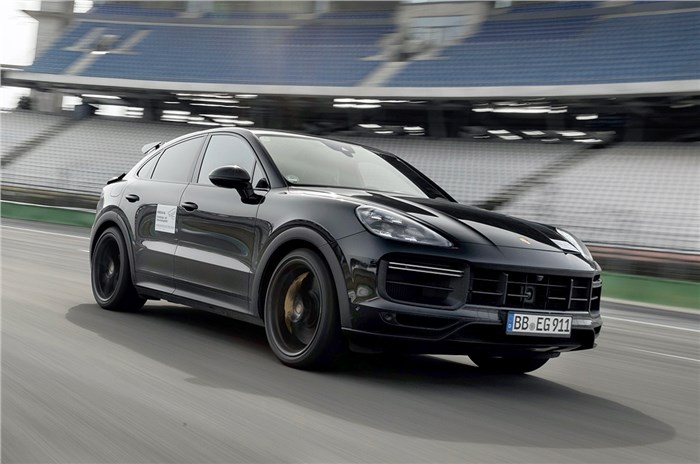 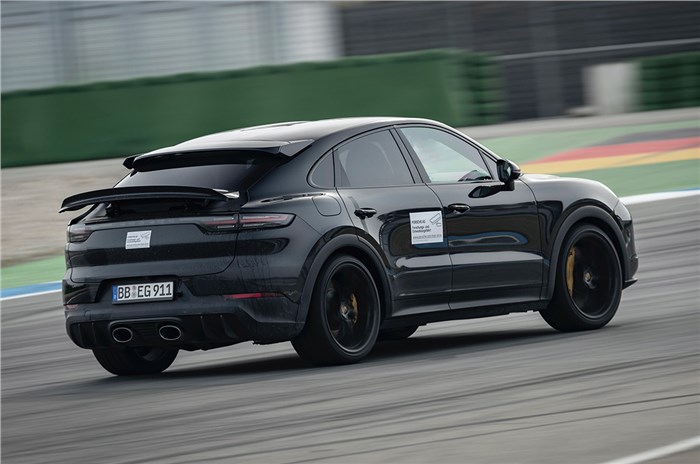 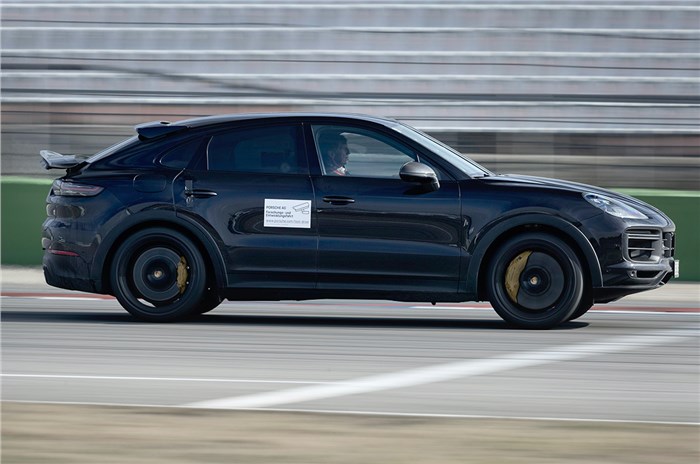 New variant to get most powerful iteration of the non-hybrid 4.0-litre twin-turbo V8 in the Cayenne range; will be officially revealed in June 2021

The Porsche Cayenne Coupe will get a more powerful top-end version, aimed squarely at the most potent super-SUVs on sale, including the Lamborghini Urus and Bentley Bentayga Speed. Set to be revealed as a member of the updated Cayenne line-up at the end of June, Porsche has shared images of the new SUV undergoing testing.

“There are advantages in choosing the Coupé. It is lighter and has a slightly lower centre of gravity than the SUV. Our intention is to deliver not only the most powerful but the sportiest Cayenne to date,” Rico Löscher, the engineer in charge of the new variant’s development, told our sister publication Autocar UK during a recent prototype drive of the new model in Germany.

New derivative to be most powerful petrol-only Cayenne Coupe

The heavily upgraded model is the most powerful pure-combustion Cayenne yet, boasting up to 640hp – up 90hp over the Cayenne Turbo Coupe – from a tweaked version of Porsche’s twin-turbocharged 4.0-litre V8 petrol engine. This is 40hp more than the same twin-turbocharged 4.0-litre V8 produces in the Audi RS Q8 and just 10hp less than it does in the Lamborghini Urus – one of the most powerful and fastest SUVs on sale today. Torque has also increased by 79Nm to 849Nm.

In line with the added performance, Porsche has revised the software for the 8-speed torque-converter gearbox and four-wheel-drive system, which receives a more rear-biased apportioning of power. The electronic differential is also altered to provide enhanced torque vectoring and greater lock-up.

“The idea behind the new model is to mate added performance potential with the heightened engagement and overall dynamic ability of the Cayenne GTS,” said Löscher.

No performance claims have been made at this stage, although the upgraded Cayenne Turbo Coupé is said to have established a 0-100kph time inside the official 3.8sec of the Audi RS Q8 and 3.6sec of the Lamborghini Urus during recent testing. Top speed is limited at 299kph.

There is also a reworked front bumper, featuring a more pronounced lip spoiler and larger air ducts than those of the standard facelifted Cayenne, seen recently in prototype form. Meanwhile, the roof spoiler gains additions at each side and the rear wing, which deploys from the trailing edge of the tailgate at speed, has been visibly upsized. A new rear diffuser houses a pair of substantial, centrally mounted exhaust outlets.

The newcomer uses various parts from the Lightweight Sport package offered as optional equipment on the standard Cayenne Turbo Coupé, including a contoured carbon-fibre roof panel. Porsche has yet to confirm a kerb weight, although it is claimed to undercut the 2,200kg of the standard model.

Details of the engine modifications have yet to be revealed, although our sister publication Autocar UK can confirm that it gets a titanium exhaust system and new engine management software among its bespoke upgrades.

It rides on standard-fit 22-inch forged aluminium wheels that are shod with 285/35 ZR22 front and 315/30 ZR22 rear tyres – the largest that Porsche has offered as standard on the Cayenne. The greater offset of the new wheels marginally increases the track widths at each end, while allowing for an increase in negative camber on the front axle.

The adaptive air suspension has been lowered slightly and the damper rates made firmer. Further dynamic changes are focused on the tuning of the electro-hydraulically operated active roll stabilisation system and steering – the latter incorporating Porsche’s Power Steering Plus rear-wheel steering system. The brakes, meanwhile, adopt the same ceramic-composite discs and calipers available as an option on the standard model.

Porsche sells the Cayenne in India in both, standard and SUV-coupe body styles with the range consisting of the standard, hybrid and high-performance Turbo variants of the two models. It however remains to be seen if this new higher performance derivative of the SUV-coupe will eventually make its way to India.

PorscheIndia sold a Panamera every week this year