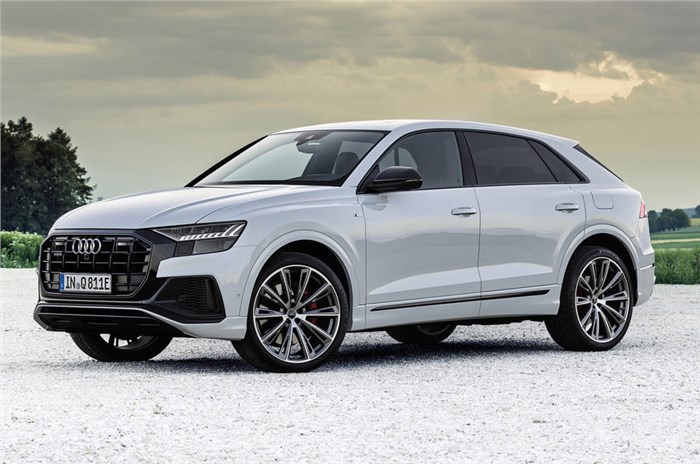 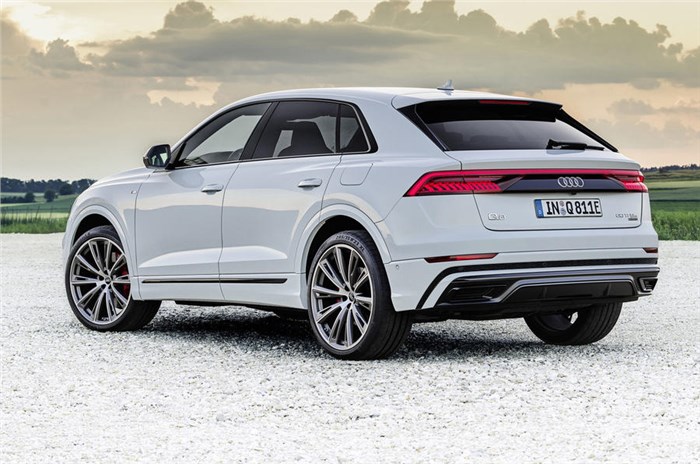 The Audi Q8 is the latest model from the German carmaker to get a plug-in-hybrid (PHEV) powertrain. The flagship SUV, is the seventh model to receive a plug-in hybrid variant, after the A3, A4, A5, A6, A8, Q5 and Q7.

Compared to the standard Q8, the plug-in hybrid models get a slightly more aggressive look. Both variants come standard with Audi’s S-line body kit along with darkened finishes to elements such as the grille to give it a more sporting look. Inside, the SUVs get sport seats with S-line logos, brushed aluminium trim inserts and stainless steel pedals.

The Q8 plug-in hybrid is available in a choice of two variants – a 55 TFSI e and a more powerful Competition 60 TFSI e. Both versions are powered by a variation of the electrified 3.0-litre V6 that powers the Q7 60 TFSI e, with the 340hp petrol motor assisted by an electric motor integrated into the 8-speed automatic gearbox.

The electric motor draws power from a 17.8kWh lithium ion battery pack located under the boot floor. The Q8 PHEV has an all-electric range of 47km (WLTP) for both derivatives.

The lithium ion battery pack can be fully charged from a 7.4kW wall-box in two and a half hours, Audi claims, with the MyAudi app giving owners remote access to live charging data and functions.

Two driving modes are available: EV, which leaves the petrol V6 engine dormant, and Hybrid, which automatically switches between the electric and combustion motors as appropriate. The Q8's MMI infotainment system features a dedicated 'predictive operating strategy' that can predetermine the best stages of a route for electric running, using real-time traffic and weather data.

Regenerative braking features, too, and can generate up to 25kW while coasting or 80kW with the brake pedal applied. The electric motor carries out all braking manoeuvres under 0.3g.

Audi launched the new Q8 in India, earlier in the year, with the carmaker recently introducing a more affordable variant of the same. Also available in India, is the high-performance derivative of the SUV, the RS Q8 powered by a mild-hybrid 4.0-litre, V8 petrol engine. As with the PHEV, the standard Q8 too is powered by a turbocharged V6 petrol engine though here it is paired with a 48V mild-hybrid system and lacks dedicated EV driving mode.

While it’s not yet known if the Q8 PHEV will make it to the Indian market, the carmaker is currently gearing towards launching its smallest SUV, the Q2 in India. The Q2 will be the carmaker’s fifth launch this year. The carmaker is also looking to re-introduce a number of models in India, including the A4 facelift, new Q3 and the Q7 facelift.