Italian automaker’s second model will take on the Lamborghini Urus and Bentley Bentayga. 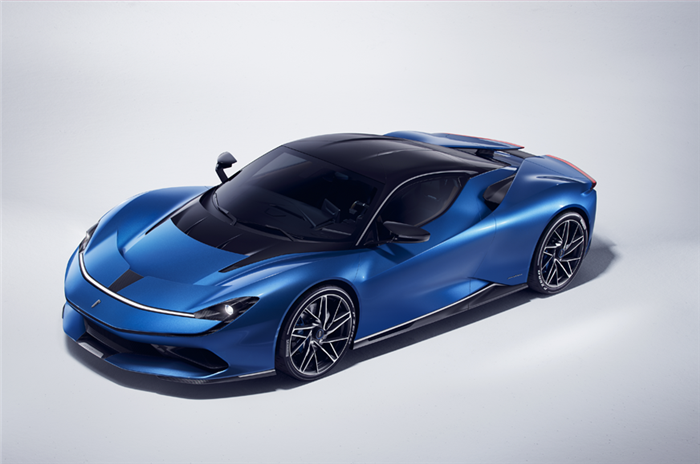 Earlier this year, Automobili Pininfarina took the wraps off its first product, the Battista electric hypercar, at the Geneva motor show. And while the ultra-exclusive model is set to go into production only in late-2020, the company had previously announced that work on their next vehicle, which is slated to be an all-electric performance SUV, had already begun. Though details about the same were initially scarce, Automobili Pininfarina has now revealed some technical and design information at a private event in Los Angeles that gives a better idea of the Italian marque’s next offering, which will rival the Lamborghini Urus and the Bentley Bentayga.

Codenamed PF1, the four-door SUV will possess GT-like proportions. It is expected to be more than 5m long and 2m wide, with a ground clearance of around 160mm (50mm lower than the Urus), the automaker’s first high-riding model will get a raked, pushed-back cabin with an all-glass roof that flows seamlessly into the rear windshield. Other design cues will include slim headlamps, electric door handles and massive 24-inch alloy wheels. The SUV will first be previewed by the Pura Vision Concept at the Pebble Beach Concours d'Elegance in August 2020; while the concept will sport suicide doors, the production-spec vehicle will have a more convention door setup.

Automobili Pininfarina design head Luca Borgogno mentioned at the event that the SUV will be the firm’s “first S-LUV (Sustainable Lifestyle Utility Vehicle)” and that it will offer a perfect blend of performance, luxury and comfort, with decidedly plush interiors to amplify its opulence. The automaker will, in all likelihood, offer the PF1 in two different trims – a sporty one that could have carbon-fibre-finished interior panels and a more luxurious variant with yacht-like wood accents in the cabin. Other premium touches will include electrochromic windows that can turn dark at the touch of a button (similar to a Boeing 787 Dreamliner aircraft), a four-seat layout (with a five-seat configuration available as an option), a large vertical screen in the centre console, and a digital instrument cluster.

The SUV in question will be underpinned by a bespoke skateboard chassis co-developed by Automobili Pininfarina and Austrian automotive supplier Benteler. The carmaker believes that in order to compete with the established players, it has to take bold steps to succeed and work with others to not land up with legacy systems. The platform, which differs from the one used in the Battista, will also form the basis of three to four more models in the company’s future line-up, including SUVs as well as a GT. Commenting on the upcoming model range, Michael Perschke, CEO, Automobili Pininfarina, said, “We envisage a five-model family now and by 2025 the family will be complete."

In a move similar to that of Volkswagen, the company has also revealed that it is open to sharing the platform with other brands. Moreover, while the Battista is a left-hand-drive only model, all Automobili Pininfarina cars thereafter are slated to be homologated in left- as well as right-hand-drive configurations, which means that the performance SUV could make its way to India, the Mahindra-owned Italian-brand’s ultimate home market.

Automobili Pininfarina has also partnered with Bosch for the upcoming PF1’s electronic components. For a near-perfect 50:50 front-rear weight distribution and an all-wheel-drive setup, the SUV will have floor-mounted batteries and a three-motor layout, with one at the front axle and two motors at the rear. Combined power output is pegged at a whopping 1,000hp and a range of 500-550km can be expected. Air suspension will also be a part of the package. Though not a purpose-built off-roader, the company believes that these specifications will make the PF1 more than capable to handle some rough road situations.

While the Battista hypercar is said to sport a hefty price tag of $2 million (approximately Rs 14.3 crore) and have a limited production run of just 150 units, Automobili Pininfarina’s first SUV will be a more attainable offering. Production of the PF1, which is expected to cost around $2,00,000-3,00,000 (approximately Rs 1.4-2.1 crore), will begin by end-2022, with a target of 1,500 units per annum. Highlighting the premium positioning of the company’s products, Perschke also went on to mention at the event that a price tag lower than $150,000 (approximately Rs 1.07 crore) should not be expected from the Italian marque’s future vehicle line-up.