PURA Vision Concept is Pininfarina’s take on the luxury electric car of the future and is expected to make its public debut at the 2020 Geneva motor show. 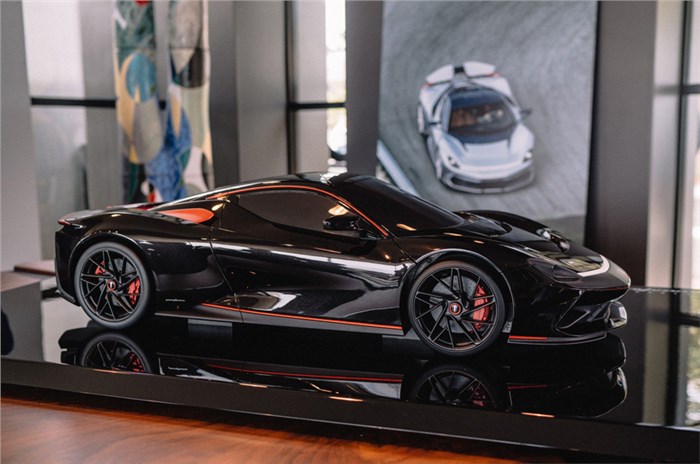 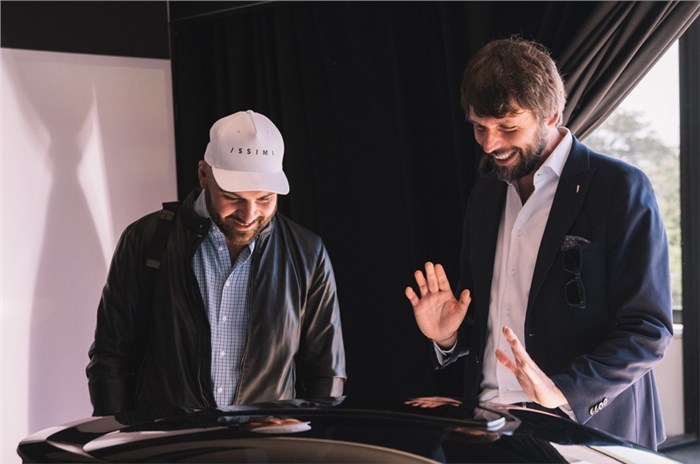 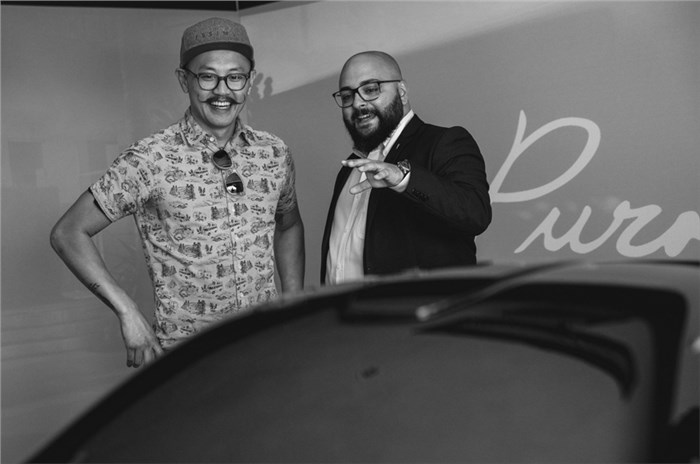 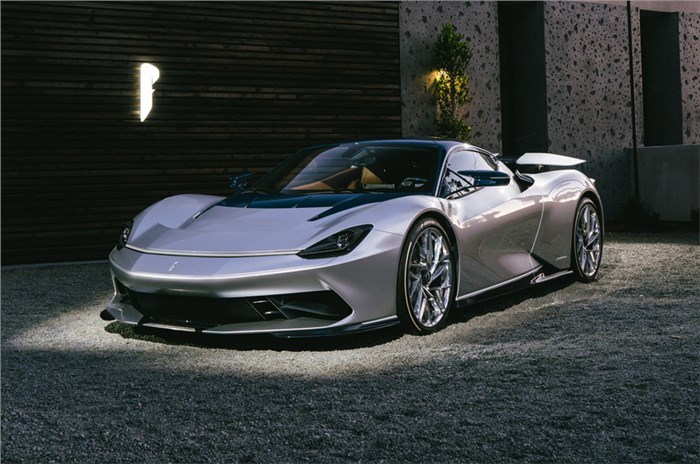 Automobili Pininfarina showcased its PURA Vision Concept car to a select group of clients at the Monterey Car Week that came to a close last weekend. The PURA Vision concept is Automobili Pininfarina’s take on the luxury electric car of the future, and has been designed to showcase the carmaker’s design philosophy and generate awareness for its future model as well as gauge the market response.

Although Automobili Pininfarina has not released any information or images of the concept yet, it did reveal a few images of customers looking at what appears to be the PURA Vision concept. Only a glimpse of the model has been shown in these images and what we can tell from them is that the concept has a steeply racked windshield that appears to extend to the roof. A central support structure that seems to break up the all-glass roof runs from the end of the A-pillar all the way to the tailgate. Pininfarina has added a roof-mounted spoiler as well.

The Pininfarina PURA Vision Concept is scheduled to make its international public debut at the 2020 Geneva motor show. It is still unclear whether the concept previews the marque’s electric sedan or crossover. Either way, reports suggest that both models are expected to come with a 600km range from a 100-125 kWh battery. Rumours also suggest that the electric sedan and crossover will be much more affordable than the Pininfarina Battista electric hypercar.