Automobili Pininfarina's 1,900hp electric hypercar will be at Monterey Car Week alongside classics from its 89-year history. 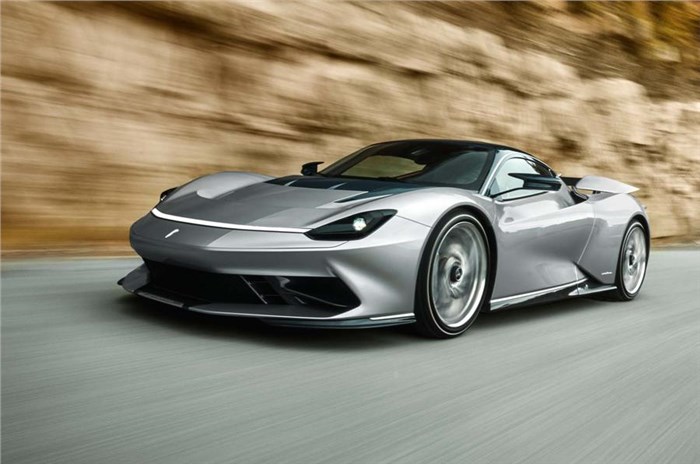 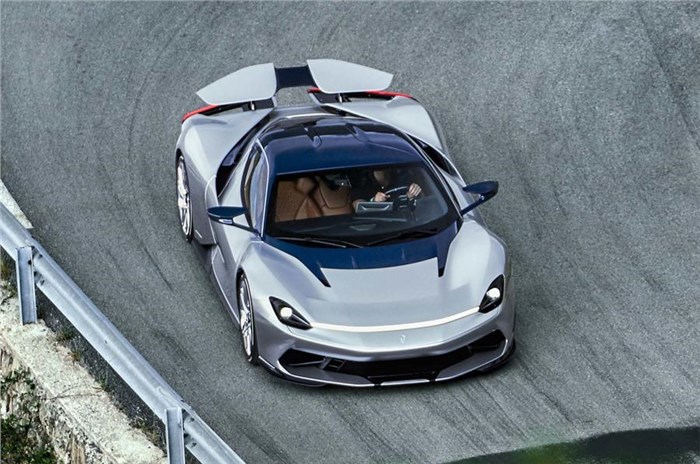 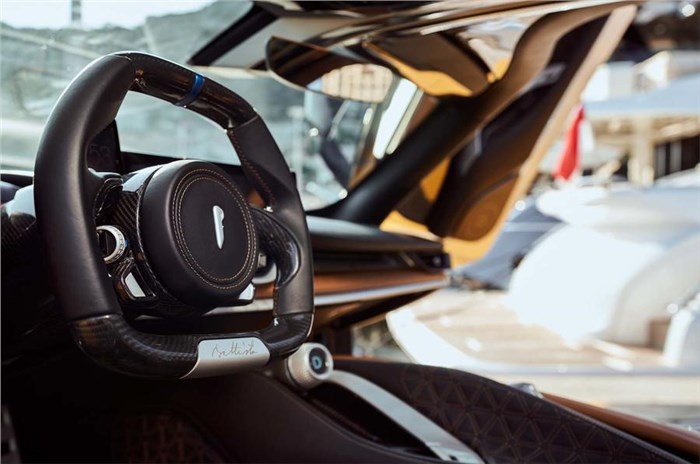 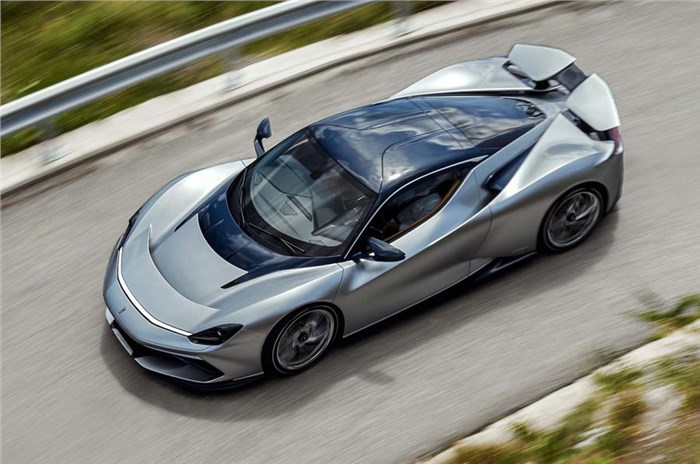 Shown in its finished production form and driving on roads for the first time, the new images also reveal a couple of extra details. The front end, reworked following the last stage of aerodynamic testing, features more defined creases along the bonnet, while the wing mirrors appear to have been reshaped to enhance air flow.

The Battista will be shown again during the Monterey Car Week in California later this month, where Pininfarina has planned its own 'legends' drive event, a parade and "a jaw-dropping line-up of classic Pininfarina-designed cars." Brand CEO Michael Perschke and design director Luca Borgogno will also be in attendance.

The Battista has now begun a rigorous track testing programme under the guidance of former Formula One and Formula E racer, Nick Heidfeld.

The Battista's creators claim that it's the most powerful road-legal car ever produced in Italy, with a motor for each wheel that, collectively, deliver up to 1,900hp and 2,300Nm. Pininfarina says that will be good enough for a 0-100kph time of under 2sec, 0-300kph in less than 12sec and a top speed of around 350kph. 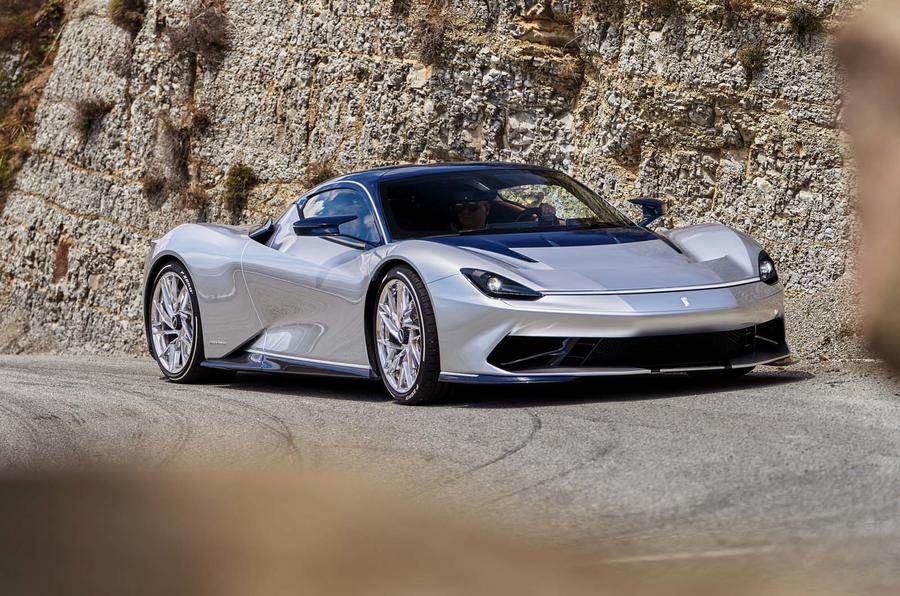 The powertrain is mostly shared with the Rimac C_Two, but Automobili Pininfarina CEO Michael Perschke was keen to emphasise the technical differences between the two cars.

“I wouldn’t compare it to something like an Audi R8 and a Lamborghini Huracán. They are technically identical,” he said. “We will share probably 40-50 percent of the pure technical components. There is the raw skeleton of the drivetrain, but how it has been tuned; the acceleration amplitude, the drive mode characteristics, these all come from us and are very different.”

Perschke described Automobili Pininfarina’s relationship with Rimac – the Croatian EV specialist founded by Mate Rimac and partially owned by Porsche – as being that of “frenemies”, both competing and collaborating.

“We are Mate’s biggest single customer,” he said. “From an operational day-to-day point of view, we are more relevant to him than Porsche is.”

Pininfarina plans to build 150 units of the Battista, with sales split almost equally between Europe, the US and the rest of the world; although Perschke has said that interest has been slightly stronger in the US.

The Battista is the first car from Automobili Pininfarina. The Mahindra-owned company plans to launch three EVs in the three years after its introduction. Perschke hinted that two will be crossovers to rival the Bentley Bentayga and Lamborghini Urus but will be much less expensive than the seven-figure Battista. Though Perschke said, “We will probably not get down to a five-digit price tag.” The firm’s ambition is to sell between 8,000-10,000 cars a year within five years.

Pininfarina has made several big hires, the most recent being René Wollmann, prior project leader on the Mercedes-AMG Project One. Wollmann will work alongside technical boss Christian Jung, who joined from Porsche last year, and former Bugatti engineer Peter Tutzer. The Battista’s design programme has been led by Pininfarina Automobili styling boss Luca Borgogno, who said that his team had a battle to get the original concept through to production reality. The finished car will be homologated for sale in both Europe and the US. 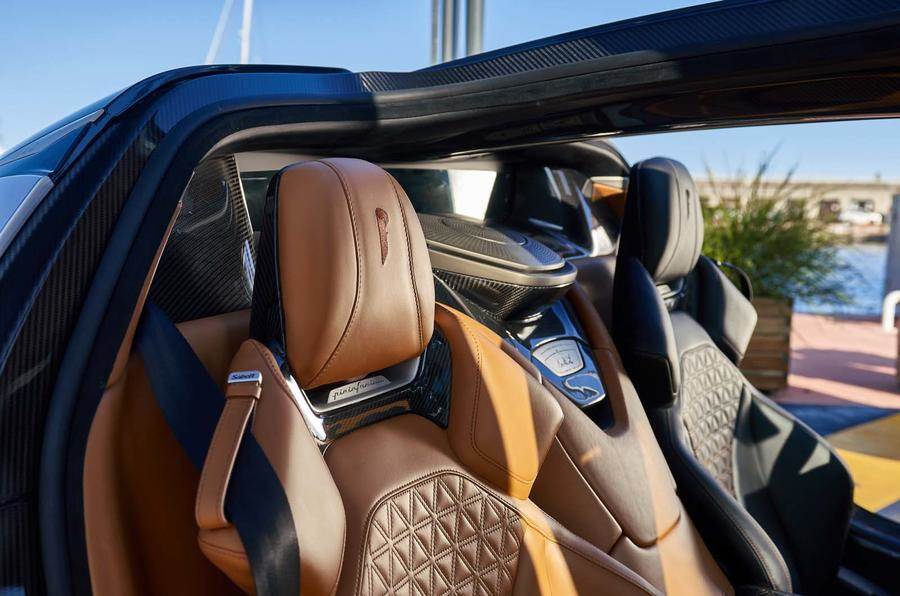 The original proposal for pop-up headlight covers didn’t make production. Borgogno said, “That was a kind of dream for us to bring those back to the market; but sadly, the car is for worldwide homologation and it was too difficult to do that.”

Despite its radically different powerplant and low-mounted battery pack, the Battista keeps the proportions of a classic mid-engined supercar. “We wanted the car still to be perceived as a hypercar – and the normal proportion is with the cabin pushed forward and the rear flank very strong,” said Borgogno. “Technically, it is the right solution as well. For weight distribution, we wanted to put the most part of the car between the wheelbase and the batteries are more or less where the IC [internal combustion] engine sits in a normal car.”

Deliveries in Europe will start by the end of 2020, with sales in the US, Middle-east and Asia following in 2021. Just 50 examples of the Battista will be destined for each region.

Automobili Pininfarina will follow the Battista with three SUVs that are all set to arrive within five years. The biggest, codenamed PF-One, will be a high-performance answer to the Lamborghini Urus. The other two will be rivals to the Porsche Cayenne and Porsche Macan, respectively. All will use their own version of the same modular underpinnings.

The fastest SUV will offer around 953hp from a battery pack of about 140kWh with a 0-100kph time of under 3sec. Its smaller SUV siblings are likely to use lower-output versions of the same powertrain but their performance will still be at the sharp end of their segments.