The ultra exclusive Battista Anniversario costs about Rs 5 crore more than the standard car; only five units will be built and have already been spoken for. 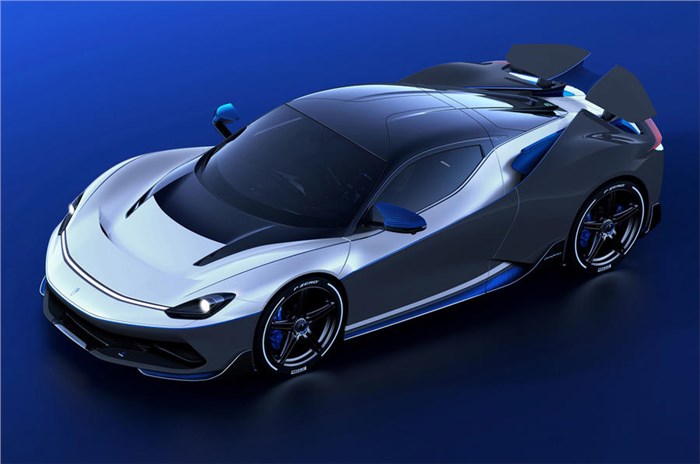 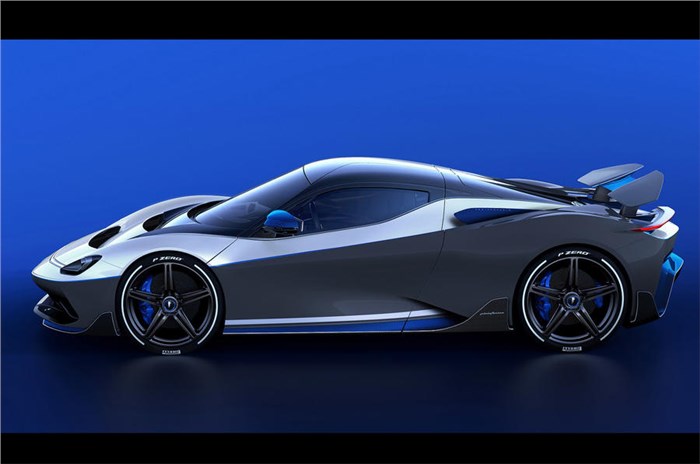 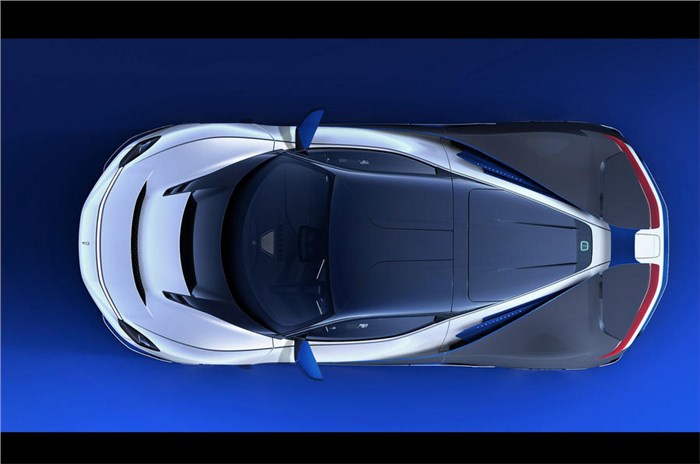 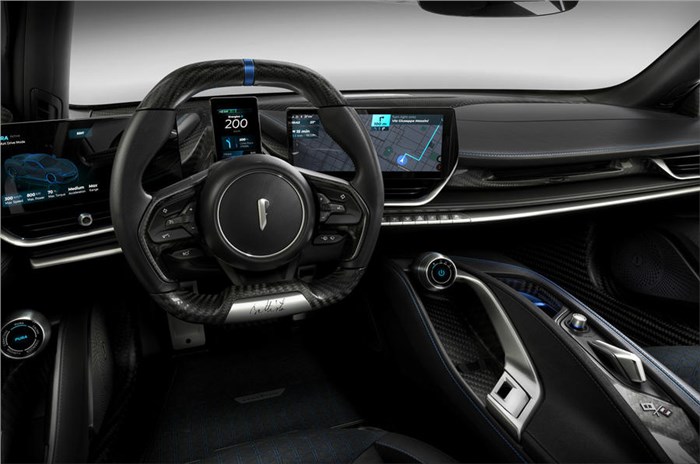 Automobili Pininfarina celebrated its 90th anniversary by introducing an ultra-exclusive limited-run version of the all-electric Battista hypercar, named Anniversario. The Mahindra Group-owned design house-turned-carmaker also revealed key details about how it plans to bring its electric hypercar to production and deliver the first examples in 2020.

Luca Borgogno, the company’s chief design officer, explained his team created the Anniversario’s two-tone livery after browsing Pininfarina's vast catalogue of past designs. “It takes three weeks to complete the paint. It’s painted entirely by hand, even the blue pinstripe that separates the grey and the white,” he told our sister publication Autocar UK. The Battista’s body notably needs to be disassembled after each coat of paint, which partially explains why Anniversario production is strictly limited to five not-inexpensive examples. 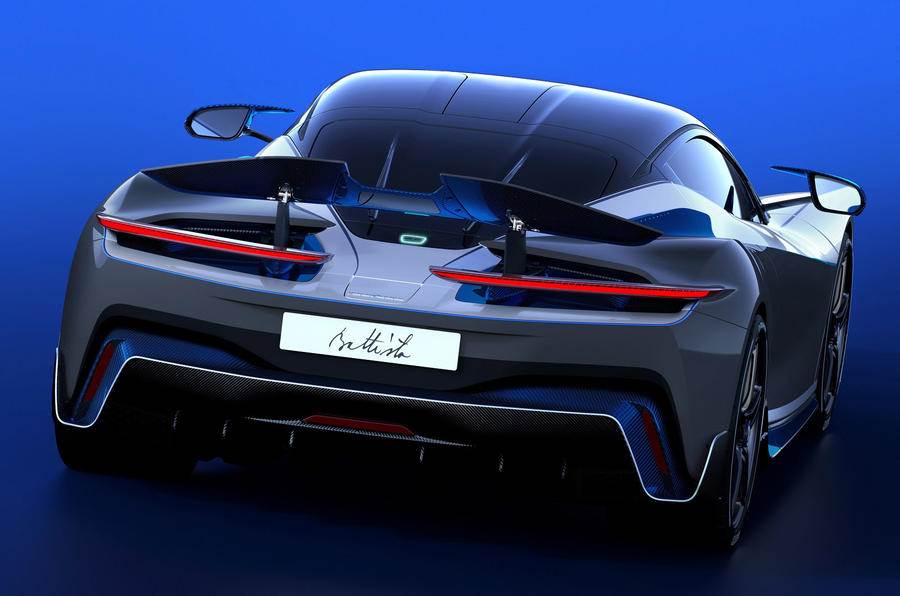 The Anniversario inaugurates a package named Furiosa that adds a front splitter, side blades, and a wider air diffuser. The carbonfibre add-ons make the car quicker around corners by creating downforce, according to Borgogno. The package is standard on the Anniversario and optional on the standard Battista, though the package’s price hasn’t been set yet. Edition-specific logos add a finishing touch to the look. 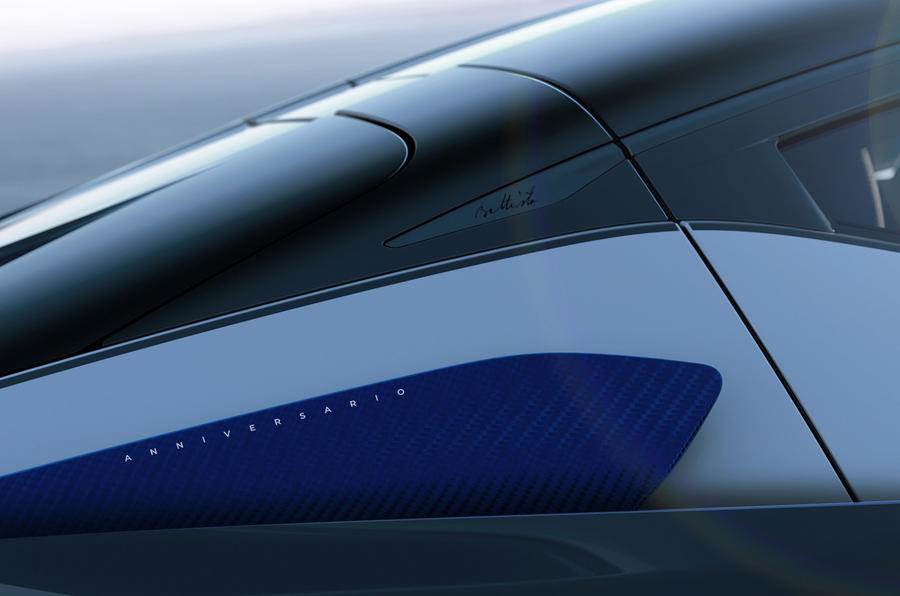 Centre-locking forged aluminium wheels wrapped by Pirelli P-Zero tyres reduce unsprung weight by 10kg. They’ll join the body kit on the Battista’s list of options. The cabin receives redesigned seats, which will also be available on the standard Battista, and blue accents that match the exterior pinstripe.

Michael Perschke, CEO, Automobili Pininfarina, said: “For 90 years, the Pininfarina name has been at the forefront of automotive design and performance, and the Battista perfectly encapsulates these values. This ultimate expression of Battista, the Anniversario, is the distillation of everything that the brand has stood for in the past and which we now strive for in the future, creating a new pinnacle of desirability for sustainable and luxurious electric cars.”

Paolo Pininfarina, chairman, Pininfarina SpA, commented: “My grandfather always had the vision that one day, there would be a standalone range of Pininfarina-branded cars. The Battista Anniversario, named in his honour to mark 90 years of the carrozzeria that he started, is a glorious way to link our past with the future of motoring.”

Looking beyond the commemorative, colour-coded modifications, the Anniversario model illustrates the subtle changes Pininfarina made to the hypercar since publicly unveiling it as a close-to-production concept at the 2019 edition of the Geneva motor show. They include a more ergonomic steering wheel that’s taller and narrower, as well as a relocated charging port surrounded by LED lights. 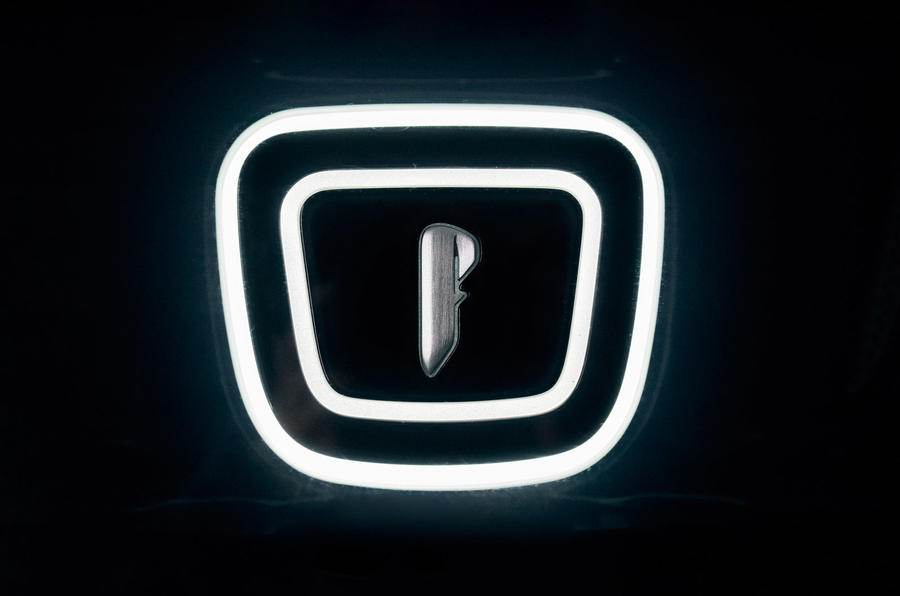 “We want our cars to be recognisable, to have kind of a trademark. You’re familiar with Apple computers; you’ve seen how the logo glows on the back. We wanted to offer something similar to our customers. The charging port lights up when the car is plugged in so you’ll be able to recognise a Pininfarina from a distance. This will be on every car we produce in the future,” Borgogno pointed out.

The Battista’s basic specifications haven’t changed. Its four motor electric powertrain delivers 1,900hp and 2,300Nm of torque, figures that unlock a sub-2sec 0-100kph time. “In the normal world, the lunchtime peak power of a small village is roughly the same,” Rene Wollmann, the company’s director of sports cars, said proudly. He added that early simulation testing suggests the Battista is quicker around Spain’s Calafat circuit than the single-seater car Mahindra Racing enters in Formula E events (we’ve had a go in one!).

Although there aren’t many parallels between the Battista and Mahindra’s Formula E car, company test driver and pilot Nick Heidfeld told Autocar UK some of the technology being developed for the track will trickle down into future Pininfarina models in the 2020s. Engineers are notably learning how to make the powertrain more efficient, how to run more accurate simulations, and how to improve the battery. 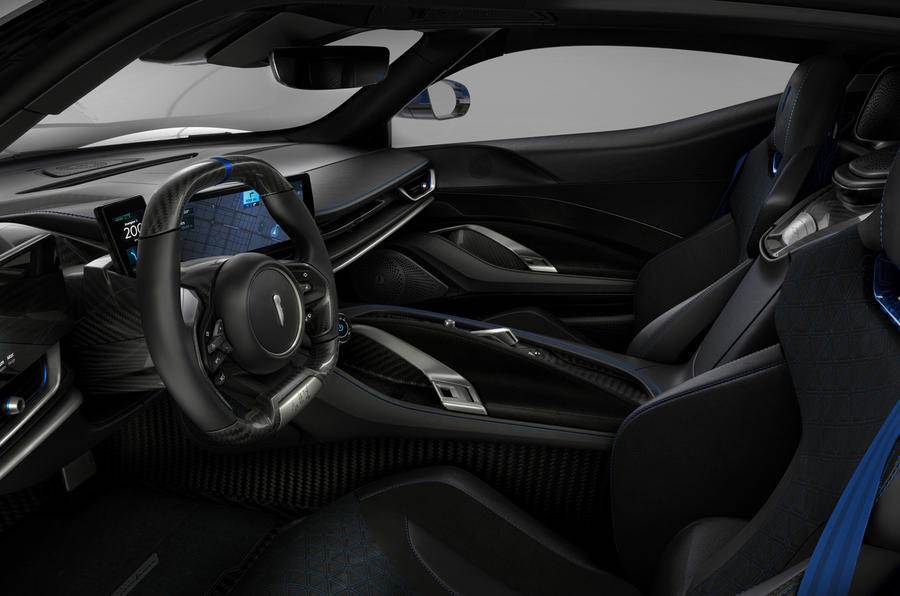 Reliably repeatable performance inevitably comes up when the conversation turns to high-performance electric cars. Porsche cites this as one of the Taycan's biggest selling points, but Pininfarina said it’s not a big concern because the Battista is not designed for intensive track use. Wollmann told Autocar UK his team will nonetheless wirelessly monitor every Battista in real-time and analyse the data to detect any and all powertrain-related faults. This practise is not unusual in this segment. Engineers will contact owners immediately if they notice a problem, though Wollmann added customers can opt out of this program if they’d rather not share driving data with Pininfarina and deal with potential issues themselves.

Of course, Pininfarina needs to build a car before it can monitor its battery. It will begin testing Battista prototypes on and off the track about halfway through 2020 and simultaneously work on obtaining homologation in the car’s key markets, including Europe and the United States. The model will make its dynamic debut at the 2020 Goodwood Festival of Speed and deliveries will begin by the end of the year.

Pininfarina priced the Battista Anniversario at about GBP 2.2 million (approx. Rs 20.75 crore) – that’s an astonishing increase over the standard car’s about GBP 1.7 million (approx. Rs 15.78 crore) base price. And yet, it may already be too late to buy one. “The demand for the Battista Anniversario greatly exceeds the limited offer of just five cars. Our team is still receiving applications and is in close contact with potential clients,” a spokesperson told Autocar UK.